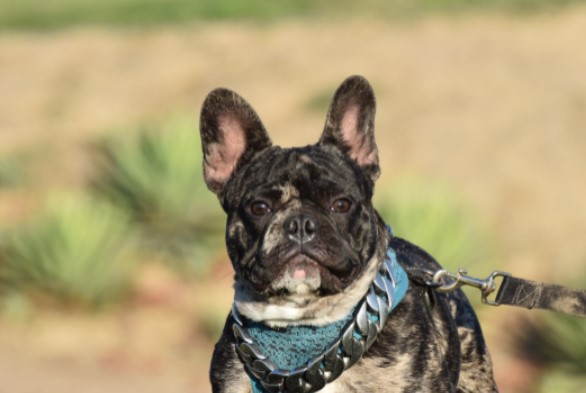 The Los Angeles Police Department is asking for the public’s help in locating a French Bulldog that was stolen from its front yard in Wilmington and sold to an unwitting third party.

The bulldog, named King, was taken from the 700 block of West C Street on Wednesday after the dog’s owner let the animal out into the front yard, police said in a news release.

When the owner checked on the king ‘a few minutes later he was gone’, police said, and a review of security camera footage showed a man on a skateboard had breached the fence and stolen the dog.

The thief was arrested within 24 hours, police said, but he had already sold the dog for $20.

“The suspect had approached the citizen in the parking lot of a hardware store and told him that he had found the dog but was unable to provide him with a good home,” the statement said.

The person who bought the dog did not commit a crime, but “the owner is devastated and would appreciate any help in getting his dog back to him,” police added.

Anyone with information on King’s recovery or whereabouts should contact Officer Davenport at 310-726-7845 during business hours or LAPD Harbor Station at 310-726-7701 at any time.

Anyone wishing to remain anonymous should call Crime Stoppers at 1-800-222-TIPS (8477) or go directly to lacrimestoppers.org.

Inflation reaches a record high of 7.5% in countries using the euro