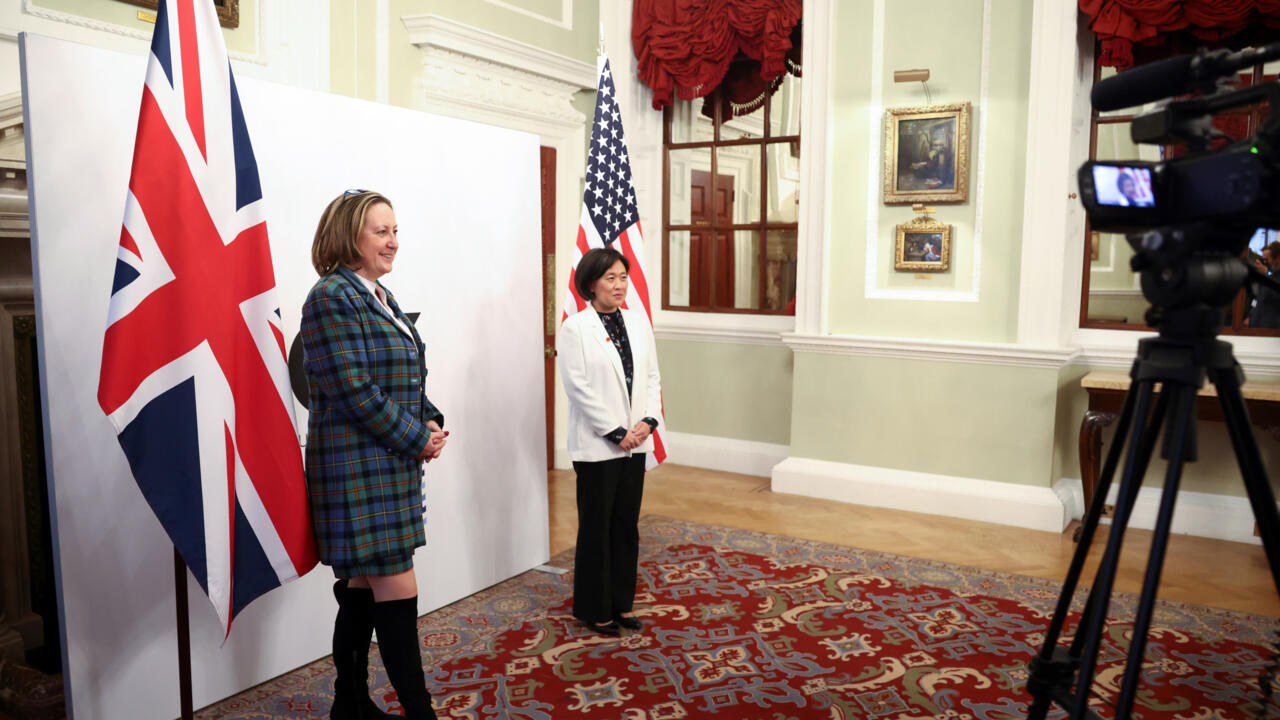 Washington and London ready to resume trade talks in Baltimore

Washington (AFP) – Washington and London have chosen the port city of Baltimore – just an hour’s drive from the US capital – as the site of Monday’s talks on deepening their economic relationship.

The United States is Britain’s largest trading partner, and the two countries are particularly interconnected when it comes to trade in services and foreign direct investment.

In total, the United States and the United Kingdom carry out trade worth around 263 billion dollars (200 billion pounds) a year.

After Britain’s withdrawal from the European Union, London brokered large-scale deals in a bid to boost its international trade footprint – and notably sought to strengthen its relationship with the United States.

“It’s important to remember that these (trade) deals are just one tool at our disposal,” a senior US trade official said on condition of anonymity.

US Trade Representative Katherine Tai, who will lead the US side in talks on Monday and Tuesday, is expected to speak on “the need to be creative and think outside the box when it comes to our trade dynamics with the UK “said another official in a phone conversation with reporters.

“Some of our business tools were developed decades, many decades ago, and don’t particularly represent the global challenges we face today,” the second official said.

Asked if this week’s meeting marked a resumption of talks that broke off last year, officials insisted the talks were more about “deciding where to go together”, and said they were convinced that the conversations would be productive.

“The purpose of this dialogue is to work together to make our trade smarter and to help our workers and businesses compete in a really tough global economy,” the second official said.

Tai and his British counterpart Anne-Marie Trevelyan are expected to tackle a series of challenges, such as reducing bottlenecks in global supply chains, reducing carbon use, promoting digital trade and supporting of their country’s workforce through labor rights, a favorite issue of the Biden administration.

The talks come as war in Ukraine continues to rage more than three weeks after Russia invaded the country, but the Baltimore meeting is unlikely to lead to the announcement of new sanctions against Moscow, officials said Americans.

That’s “in part because many of the major sanctions issues relate to other departments of the US government,” the second official said.

The talks, however, will be “largely based on the many ways in which we can pursue our common interests vis-à-vis Russia, vis-à-vis China,” they said.

The talks will focus on “how the UK and US can make smart use of trade in the modern global economy” while deepening trade ties, Trevelyan said last week when announcing his trip, adding that Tai would visit to Britain for another round of talks “later this spring.”

The two sides are unlikely to discuss their steel and aluminum disputes in Baltimore because the matter falls under the purview of the Department of Commerce, U.S. officials said, but noted that progress has been made in the resolution of this disagreement.

Rise of Covid in Europe due to fewer curbs, sub-variant