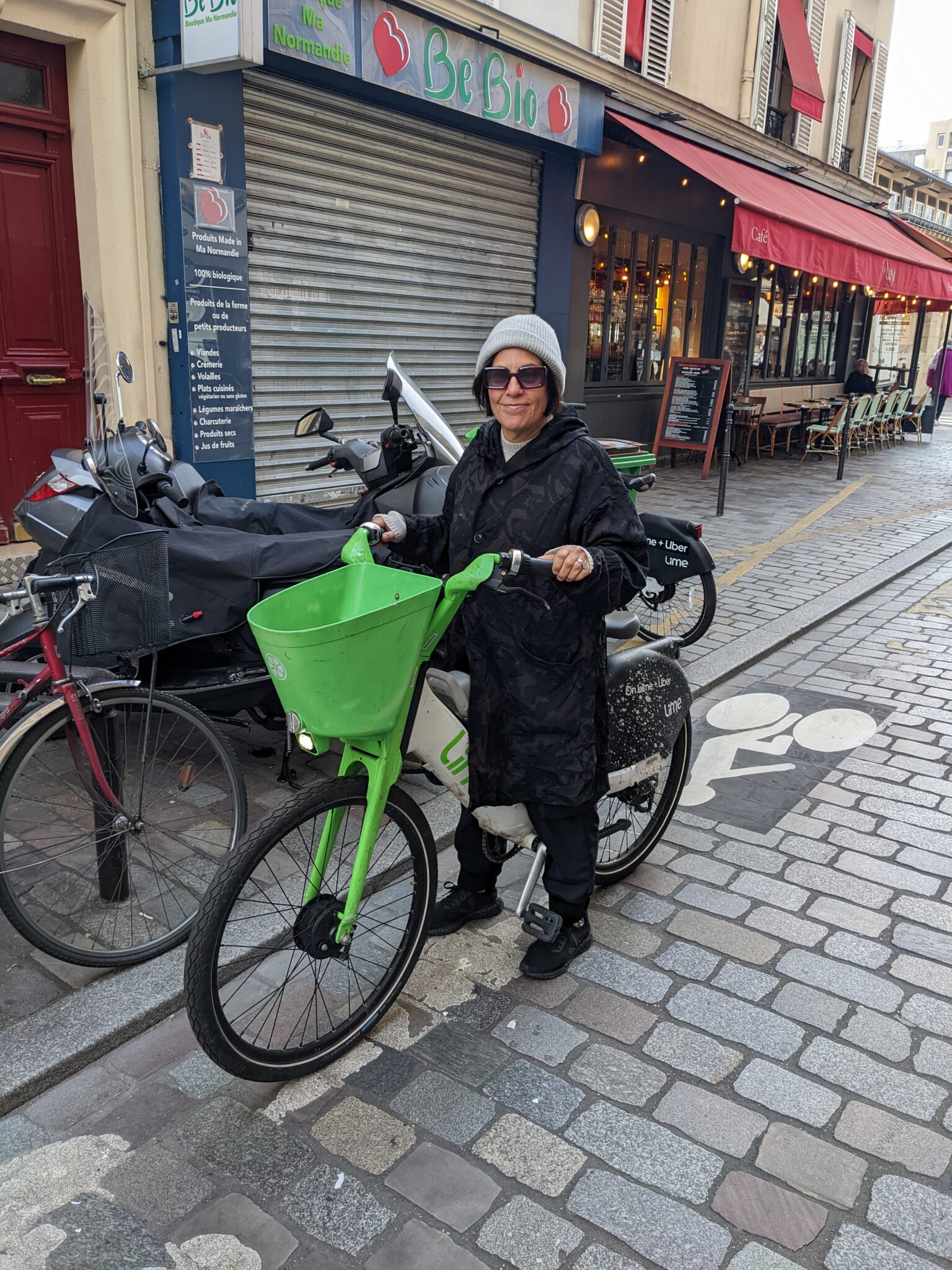 The Gotham Gal and I just spent the last two weeks in Paris. We have been going to Paris together for about forty years and have had a place there for about ten years. It’s a place we can go to get away for a few weeks, connect with each other and have fun in a city we love.

I’ve been thinking a lot about why Paris is working so well for us to slow down a bit and focus more on each other for a while. The time zone is a big part of it. The United States doesn’t wake up and start working until the early afternoon in Paris, so our mornings and lunches are ours. We sleep much later than we sleep elsewhere and we wake up later too. The cafes I like don’t open until 9am or later, which is more of an incentive for me to stay in bed a little longer.

We find time to work when we are in Paris, but it’s usually mid/late afternoon until dinner time. So the time we work decreases considerably but not to zero and the time together increases a lot.

Add to that our love of walking through cities and neighborhoods. We do a ton of it in New York and will mostly walk to and from dinner in New York. But walking in Paris is walking at the next level. The avenues are wider, the buildings are lower, the light is better and the architecture fills the streets with beauty. We walk between 10,000 and 20,000 steps each day we are in Paris, except in the event of heavy rain, which we had on this trip.

And then there is the culture. Museums, galleries, nightlife, restaurants, shops. You can get all of that in New York or London or a number of other big cities around the world, but Paris does it so well.

Our stays in Paris are essentially less work, more sleep, more culture, more walking and more fun together. It’s a formula we found many years ago and has never failed us over the years.

On this trip there were some new things and sightings that I thought I would mention.

1/ Pedal-assisted bikes and cycle paths: I’ve been riding Vélib bikes in Paris since they were launched in 2007/2008. I wrote about them at the time. But in recent years Paris have really upped their bike game. They cut car lanes and replaced them with bike lanes. They allowed Velib’s competitors into the market and I now have three bike apps on my phone, Velib, Dott and Lime. The Gotham Gal and I were able to find pedal-assist e-bikes whenever we wanted with no problem. Our favorite was Lime who had the most availability and their new Gen4 bikes are really good. On Thursday, when we wanted to go to the Salon de la Photo de Paris in the 7th arrondissement, there was a strike in the metro and so we cycled forty minutes, mainly along the Seine, to get to the salon. It was fabulous. NYC should allow competitors to enter the market and compete with Citibike. When it comes to pedal-assist e-bikes, I think the more options, the better. And the way Paris manages parking spaces for Lime and Dott bikes works quite well and suggests that the kiosk model used by Citibike and Velib may not be ideal.

2/ English spoken everywhere: Well maybe not everywhere. But in the last decade, since we got our top spot in Paris, the number of people we meet whose English is worse than our French has dropped to virtually zero. I don’t feel very good in my poor French, which improves in two weeks but is not at all conversational. But I feel good to be able to communicate with whoever we need while we are in Paris.

3/ More and more American expatriates are settling in Paris. Or maybe we know more American expats living in Paris. Some of them arrived ten years ago. Others have come in the wake of shifting political dynamics in the United States over the past five years. And the pandemic has brought even more. I’ve thought a few times, “maybe we should join them,” but we’re not ready to let go of the lives we’ve built in the United States over the past forty years. But I understand why so many American citizens settle in Paris. It is a very pleasant city to live in. And with the dollar so strong, an American income comes a long way in Paris these days. And socialism, which scares many in the United States, seems to be working well in France. There is a safety net. There are fewer homeless people on the streets and we feel that people in need are better taken care of in Paris. I don’t know if that’s true, but that’s the feeling I get walking around the city for a few weeks.

4/ Property values ​​and rents are more stable: Having bought a few apartments in Paris over the past decade, we have come to realize that property markets work a little differently in France. If an apartment is offered at a price and you meet this price, the apartment is withdrawn from the market for one month while you decide whether you absolutely want to buy it. So there are no bidding wars. There may also be other factors at work, but we felt that the real estate markets, both buying and renting, are subdued in Paris in a way that is absolutely not the case in New York. We own a lot of property in New York and have benefited from the increase in the value of our real estate, but we believe that these gains have come at a very high cost, i.e. New York, especially Manhattan, is become so expensive to own and rent that many stores can no longer do so. It’s hard to find a shopping street in Manhattan that doesn’t have several vacant stores. We saw very little of that in Paris. And many of the restaurants we love have remained in the same spaces for over a decade. Again, we don’t know the specifics of how and why this is, but it’s noticeably different and it looks like the model is working in Paris. The streets are alive and vibrant in a way that the streets of New York are not right now.

We returned home yesterday after spending two wonderful weeks together, reconnecting in so many ways, and with new memories and adventures under our belts.

I highly recommend couples find a time and place where they can relax and reconnect. For us, it’s Paris. But it can be almost anywhere that allows you to cut down on work, spend more time with your loved one, refresh and rejuvenate. It has worked very well for us for many years and the more we do it the better it gets.

All eyes on the Franco-German relationship by Joschka Fischer