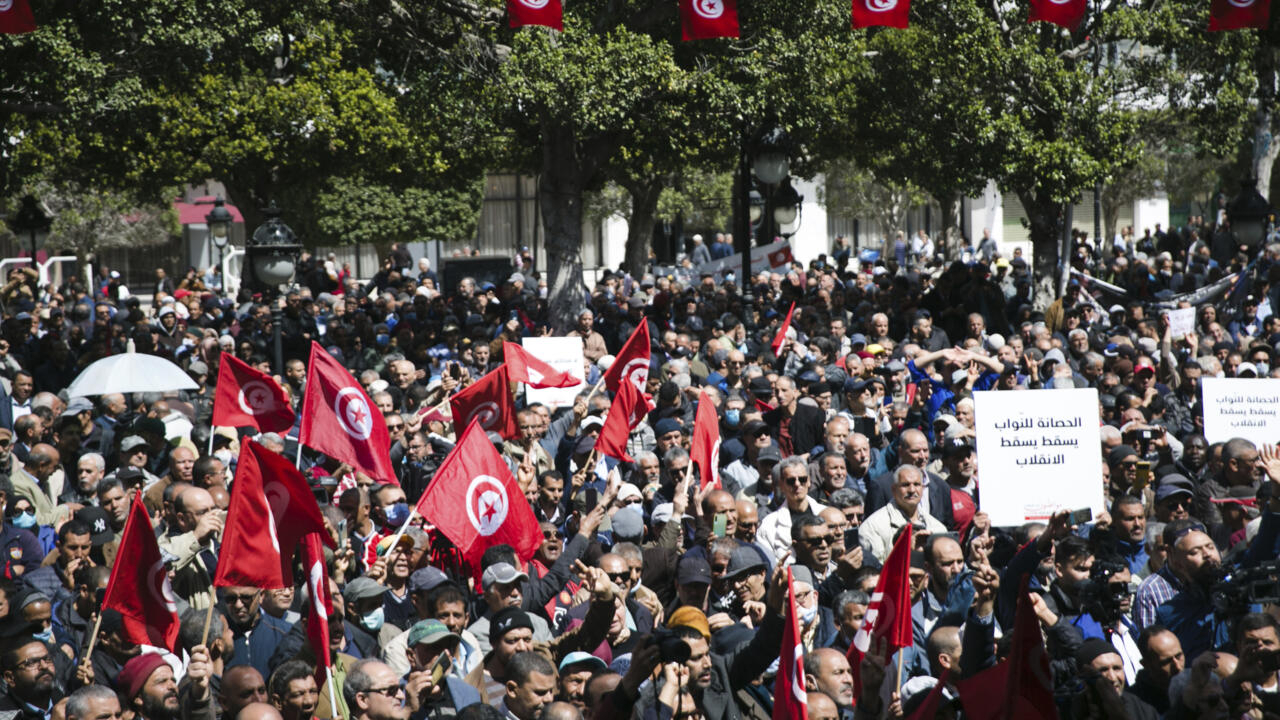 Saied, a former law professor elected in 2019 amid public anger against the North African nation’s political class, sacked the government on July 25 last year and then decided to rule by decree in moves which opponents called a “coup”.

In a speech on Sunday evening, Saied said a commission would manage “the national dialogue”, a measure repeatedly called for by G7 countries and the European Union.

The talks proposed by Saied will include four groups who, together as the “National Dialogue Quartet”, jointly won the Nobel Peace Prize in 2015 for their work in building what was, at the time, the only democracy that emerged from the Arab Spring of 2011.

On Sunday, UGTT leader Noureddine Taboubi called on Saied to launch the national dialogue, saying it was “probably the last chance” to bring the country together and avoid “a dismantling of the state and a financial and economic”.

But Saied ruled out participation in the talks by those “who sabotaged, starved and abused the people”, suggesting that would not include parties and civil society organizations that spoke out against his takeover.

This would cover its main rivals, the Islamist-inspired Ennahdha party.

Ennahdha, which has played a central role in Tunisian politics since the revolution that toppled dictator Zine El Abidine Ben Ali in 2011, is part of the National Salvation Front coalition, forged last month between five political parties and five groups of Civil society.

Saied also said a committee preparing constitutional reforms for “a New Republic” will soon be completed, with a referendum on the proposals scheduled for July 25, followed by parliamentary elections on December 17.

Tunisia is also in the grip of a serious social and economic crisis and has requested a loan from the International Monetary Fund.