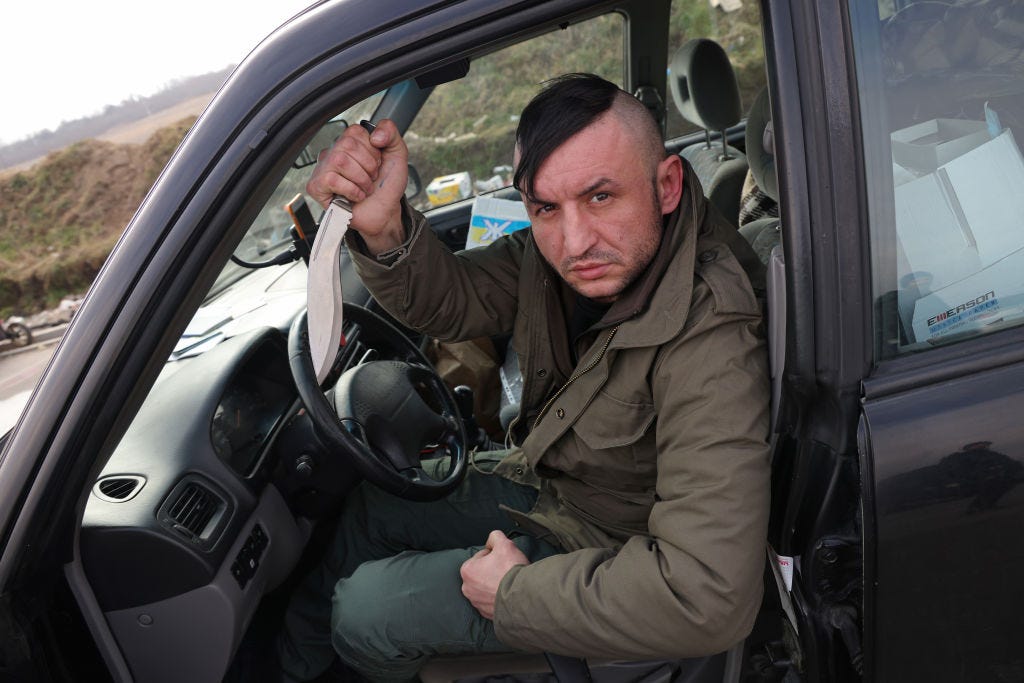 About 16,000 volunteers are expected to help Ukrainians repel a Russian attack that has already lasted more than a week, Ukrainian President Volodymyr Zelensky said in a video address on Thursday.

According to various reports, thousands of volunteers from the United States as well as others from Britain, France, Italy, Germany and Poland are ready to join the fight. As of Tuesday, Ukraine and Russia had suffered around 1,500 military deaths each, according to the New York Times.

The United Nations data indicates that there have been 331 civilian deaths since the start of the invasion and 675 injuries. Over a million Ukrainians have fled the country.

Although Ukraine has one of the largest armies in Europe with 170,000 troops on active duty and 100,000 reservists, it is outnumbered by the few 900,000 people drafted into the army of the Russian Federation.

“Ukraine daily receives weapons from its partners. Real friends. More and more powerful weapons every day,” Zelensky said. “Ukraine already meets foreign volunteers who come to our country. The first of 16,000. They will defend freedom. Defend life. For us. For all of us. And it will be successful. I am on.”

They wanted to destroy us so many times. They missed. We have been through so much! And if anyone thinks that after overcoming all this Ukrainians will be scared, broken or surrender, he knows nothing about Ukraine. And he has no place in Ukraine. Go home to protect Russian speakers. Not all over the world, but in your own country.

To date, the figure of 16,000 announced by Zelensky has not been confirmed, says NBC News.

Foreigners wishing to defend Ukraine and the world order within the framework of the International Territorial Defense Legion of Ukraine, I invite you to contact the foreign diplomatic missions of Ukraine in your respective countries. Together we defeated Hitler and we will also defeat Putin.

According to the Facebook page of the Ukrainian Embassy in the United States, those interested can fill out a form join the new International Legion. Since Ukraine is not a member of the North Atlantic Treaty Organization, the United States has not yet sent troops directly to the country.

posted by Embassy of Ukraine in the United States / Посольство України в США to Thursday, March 3, 2022

A US defense official at the Ukrainian embassy in Washington DC said it has already received more than 3,000 requests from the United States.
citizens, including the demands of many veterans, according to The Military Times.

“Ukrainian officials stress to Military Times that they are looking for foreign volunteers with combat experience who require little training before being armed and sent to the front,” the newspaper said.

While it is legal for Americans to volunteer to fight for another country, it is not legal for Ukraine to hire them.

According to NBC, “small groups of determined-looking men” were crossing the Polish-Ukrainian border on Thursday to fight the Russians and “many of the men had black tactical boots hanging from their gym bags.”

“I’m going to fight,” a 62-year-old man from Britain who identified himself as “Ian” told NBC correspondent Jay Gray. According to the license plates of the vehicles that dropped off others heading for the border, they also came from Italy and Germany.

Mathieu Dos Santos, a 34-year-old French estate agent, said he planned to leave France with a group of fellow volunteers, according to a Thursday report in the New York Times.

“I will help our fellow Europeans,” Dos Santos said. A former member of the French army, he said he did so “in continuity” with his “commitment” to the service of France.

A private facebook group French volunteers in Ukraine has more than 8,000 members.

As American and European volunteers prepare to help Ukraine, the Russians continue to attack. By Friday, Russian troops had taken control of the Zaporizhzhia nuclear power plant and attacked the cities of Chernihiv, Mariupol and Kharkiv, according to CNN.