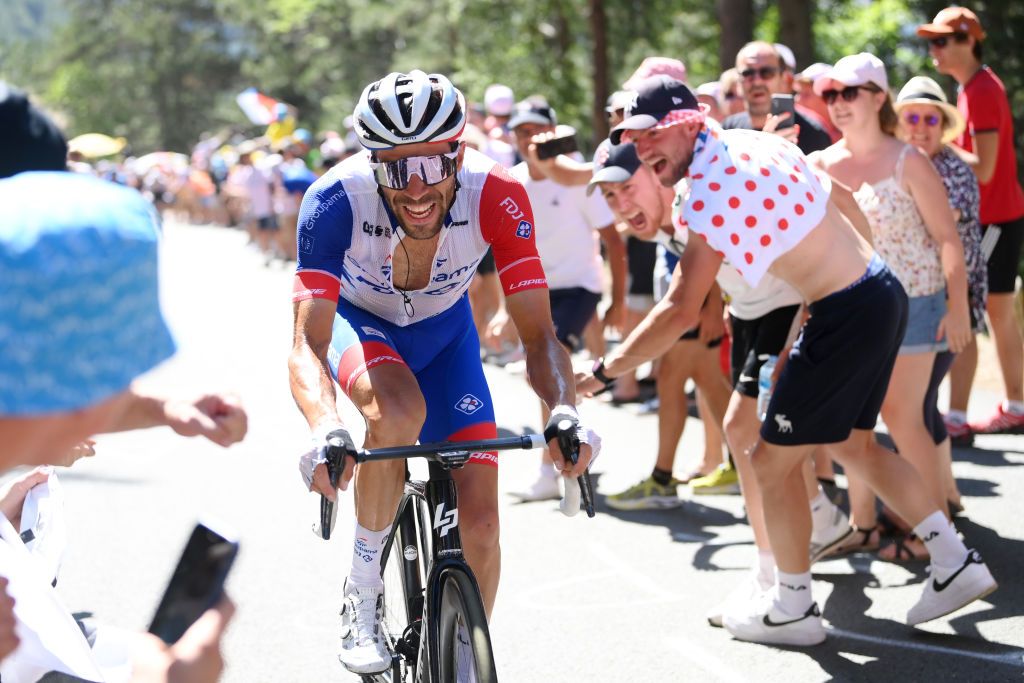 Thibaut Pinot: I’m not at my best but I’m fighting at the Tour de France

Thibaut Pinot returned to the Tour de France stage podium on Saturday for the first time since 2019, launching from the pursuit group on the final stages of the climb to Mende to underline the French hope that the rider who has is facing a tough time recovering from injuries is now heading to the Pyrenees with building form.

Pinot and his Groupama-FDJ teammate Stefan Küng took the day’s break on stage 14, which started with more than 20 riders but was split when 50km from the finish, Michael Matthews (BikeExchange-Jayco ) charged up front and then Andreas Kron (Lotto-Soudal), Felix Großschartner (Bora-Hansgrohe) and Luis Leon Sanchez (Bahrain Victorious) joined him.

Küng sacrificed himself early in the race for Pinot before abandoning the group on the Côte de la Fage after doing everything to keep the gap under control. Through the lower slopes of the final climb, with the 3km at 10.2%, the impoverished chasing group had moved up the margin to what was now a leading trio – Kron was. removed by a puncture – about 20 seconds. As Matthews accelerated and dropped his companions, Alberto Bettiol (EF Education-EasyPost) launched from the chase and while Pinot initially stayed behind, he pushed near the top of the climb to roll back all but two riders before the line.

“I didn’t feel good deep down,” Pinot said. “I tried to calm myself down because my legs were already full of toxins.

“I made my effort to the top with what I had left and couldn’t climb any faster. At the bottom, I didn’t even think I could do what I did.”

Pinot finished 34 seconds behind Matthews and 15 seconds behind Bettiol, to take third place and do better than in stage 9, where he finished fourth on the climb to Châtel after a fierce chase from the stage winner Bob Jungels (AG2R Citroën).

The performances that propelled Pinot to the top of the Tour de France charts come after years of difficulty. The Groupama-FDJ rider who finished third overall in the Grand Tour de France in 2014 and won three stages in the race – the last being atop the Col du Tourmalet in stage 14 in 2019 – has picked up an injury after crashing on the opening stage of the 2020 race. Then he completely missed the 2021 Tour as he continued his recovery from the back injury he suffered the previous year. That’s when he handed the reins of the GC to team-mate David Gaudu, and that’s where they’ve stayed this year as Pinot focuses instead on stage wins.

While the move to third place was a step in the right direction, it wasn’t the podium step the French driver had hoped for and it was also the second time he’d seen a winning opportunity slip between him. fingers on the road to Mende. Pinot came second behind Stephen Cummings on a stage which also ended in the town in the heart of Lozère in 2015.

“I’m very disappointed, but it was difficult to manage today,” said Pinot. “I don’t have much to regret. I didn’t have great legs, so I tried with what I had. I still lack a little form, but it’s still positive.

“I know I’m not at my best looking at my power data, but I’m fighting. I’m waiting for the Pyrenees and I think it will be even better there.

Adding a French twist to the classic Australiana