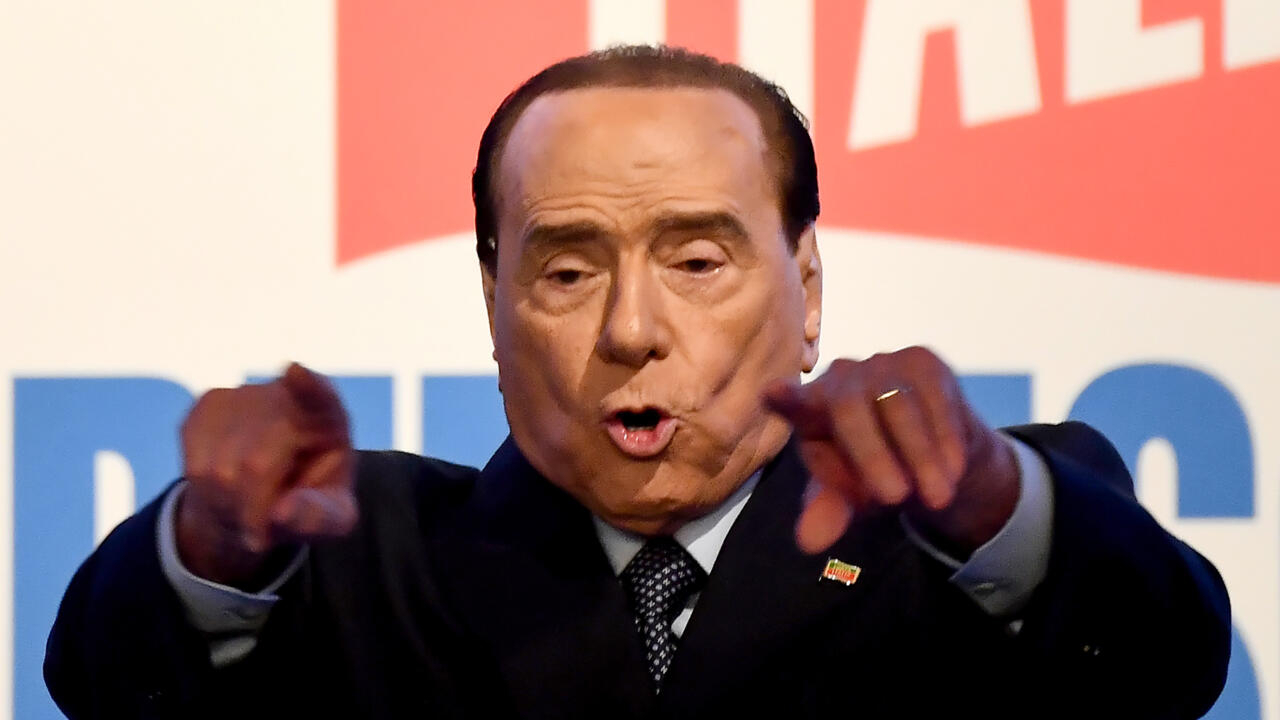 Roma (AFP) – Silvio Berlusconi turns 86 next week, but the scandal-ridden former Italian prime minister and billionaire media mogul has refused to retire and is leading his Forza Italia party in Sunday’s general election.

His right-wing party won only 8% of the polls, but seemed ready to enter government as part of a coalition led by far-right leader Giorgia Meloni.

“Il Cavaliere” (The Knight) is himself a candidate for the Senate, almost a decade after being expelled following a conviction for tax evasion.

Berlusconi was rarely seen in public during the campaign, but his name and smiling face – heavily photographed – feature on every poster.

He has also launched his own TikTok channel, appearing in a smart suit to tell jokes or salute the success of his Monza football club.

There is speculation that Berlusconi is seeking a job as head of the Senate after Sunday’s vote, a final step for power after his failed bid to become Italy’s president in January.

Few thought he had a chance of being elected to this largely ceremonial post by Parliament, but his candidacy was typical of a man who had once compared himself to Napoleon and Jesus Christ.

In a recent TikTok video, Berlusconi gave a verdict on Italy’s other political leaders before adding of himself: “I’ve always been number one.”

Berlusconi dominated public life in Italy for decades, first as a businessman, building a huge empire including media, real estate and AC Milan football club, before entering in politics.

After his first electoral victory in 1994, he was prime minister for only nine months. But he won again in 2001 after an American-style campaign in which he promised jobs and economic growth, signing a “contract with the Italians” live on television.

He served until 2006 and returned as prime minister between 2008 and 2011, making him the longest-serving prime minister in Italy’s post-war history.

For a decade, Italy’s richest person, Berlusconi, touted his glamorous lifestyle and bravado and promised a low-tax, deregulated economy in which Italians could emulate his success.

To his critics, he was a fraudulent playboy who used his vast media empire to advance his political career, then exploited his power to protect his business interests.

His friendships on the world stage – hanging out with Libyan dictator Muammar Gaddafi and skiing with Russian President Vladimir Putin – have also sparked controversy.

In April, six weeks after Russia invaded Ukraine, Berlusconi broke his silence on the war to say he was “deeply disappointed” with Putin’s behavior.

Ahead of the election, he sought to present his party as a more moderate force than his far-right allies Meloni and Matteo Salvini, underscoring his pro-European and pro-Atlanticist stance.

Prosecutors hounded him throughout his tenure, although he was never in jail.

In 2013, Berlusconi faced his first final conviction for tax evasion, which saw him perform community service.

But he continues to deal with the fallout from his parties at his villa near Milan, which had a private nightclub.

He was sentenced to seven years in 2013 for paying to have sex with then 17-year-old Karima El-Mahroug, later overturned after the judge said there was reasonable doubt he knew that she was a minor.

Last year a court in Tuscany acquitted him of bribing a witness to lie about the parties, but related proceedings continue elsewhere.