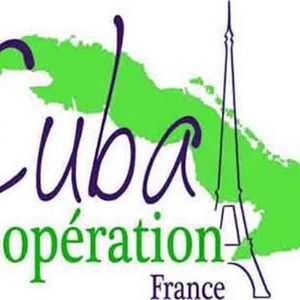 The Cuban Ambassador welcomes the initiative of the French Association | New

Otto Vaillant, Cuban Ambassador to France, expressed his gratitude to the association Cuba Coopération France (CubaCoop) for its contribution to the country. CubaCoop recently donated 45,000 euros to support the serious accident in the western province of Matanzas.

RELATED:
Cuba: Update on the application of customs and tariff rules

The Cuban official met with the president of CubaCoop, Victor Fernandez. The session was celebrated at the headquarters of the Cuban Embassy in France. The president of the association commented to the Cuban ambassador on the details of the donation and CubaCoop’s project to support the socio-economic development of the island.

Fernandez revealed that at least 25,000 euros are earmarked for the National Institute of Hydraulic Resources to carry out water and sanitation works in Matanzas after the supertanker base fire destroyed the area industry and caused the loss of human life.

The head of CubaCoop clarified that the remaining 20,000 euros were allocated thanks to a public collection launched by the association, which provided 10,000 in support of the fire caused in the industrial zone of Matanzas. This initiative was supported by the contribution of dozens of French citizens.

Victor Fernandez, president of Cuba Cooperation, confirmed the sending of 45,000 euros in solidarity aid to Cuba with 20,000 from the campaign on the Internet and CubaCoop. Thanks.

The meeting also hosted discussions on the impact of the US administration’s economic, commercial and financial blockade against Cuba. La Habana’s actions and efforts to advance its development in such a complex scenario were also on the table during the talks.

In this regard, the two parties discussed the measures recently adopted by the Cuban government to encourage foreign investment.