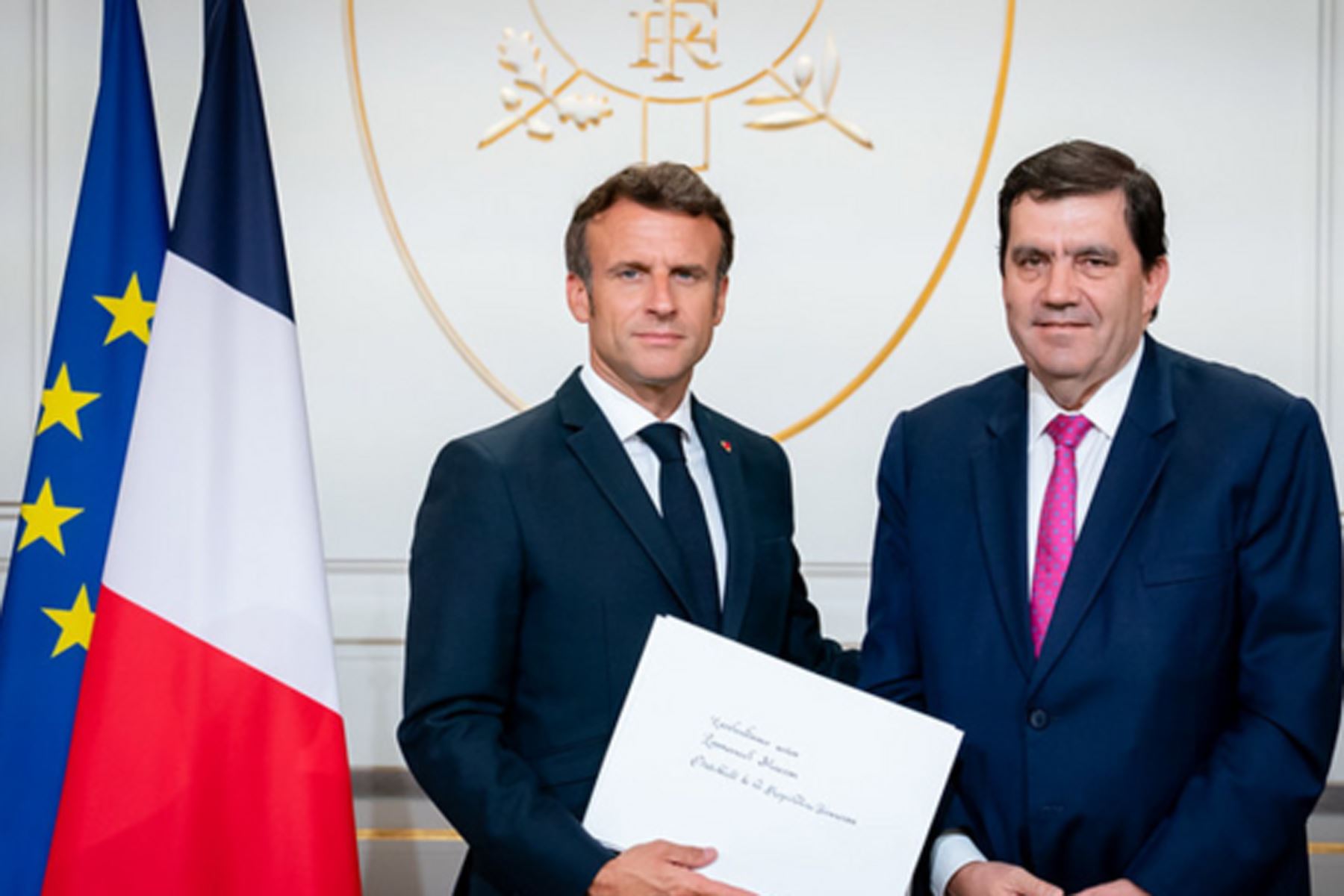 The Ambassador of Peru presents his credentials in France | News | ANDEAN

The corresponding ceremony took place at the Elysée Palace in the French capital.

On this occasion, the envoy reiterated President Castillo’s congratulations to President Macron on his re-election and underlined the values ​​shared both at the bilateral level, which are based on democracy, respect for the rule of law and international law, only at the multilateral level.

In this sense, concerted action, as was the case of COP 20 in Lima and COP 21 in Paris, has made it possible to reach a historic agreement on environmental issues.

Likewise, Ambassador Ruiz Rosas spoke of the diversity of political, academic, educational, economic, commercial and cooperation ties that shape the bilateral relationship – the strengthening of which was expressly encouraged by the French President, who also thanked the invitation to pay a visit to Peru.

The presentation of credentials on July 22 brought together 26 new ambassadors from countries on 5 continents, 24 of whom reside in Paris. This was the first such event held since November 2021.

At the start of the ceremony, President Macron gave a brief speech on France’s international position and the issues on the global agenda, highlighting the professional capacity of diplomacy to work on these and other tasks with the new ambassadors. and the countries represented by them.