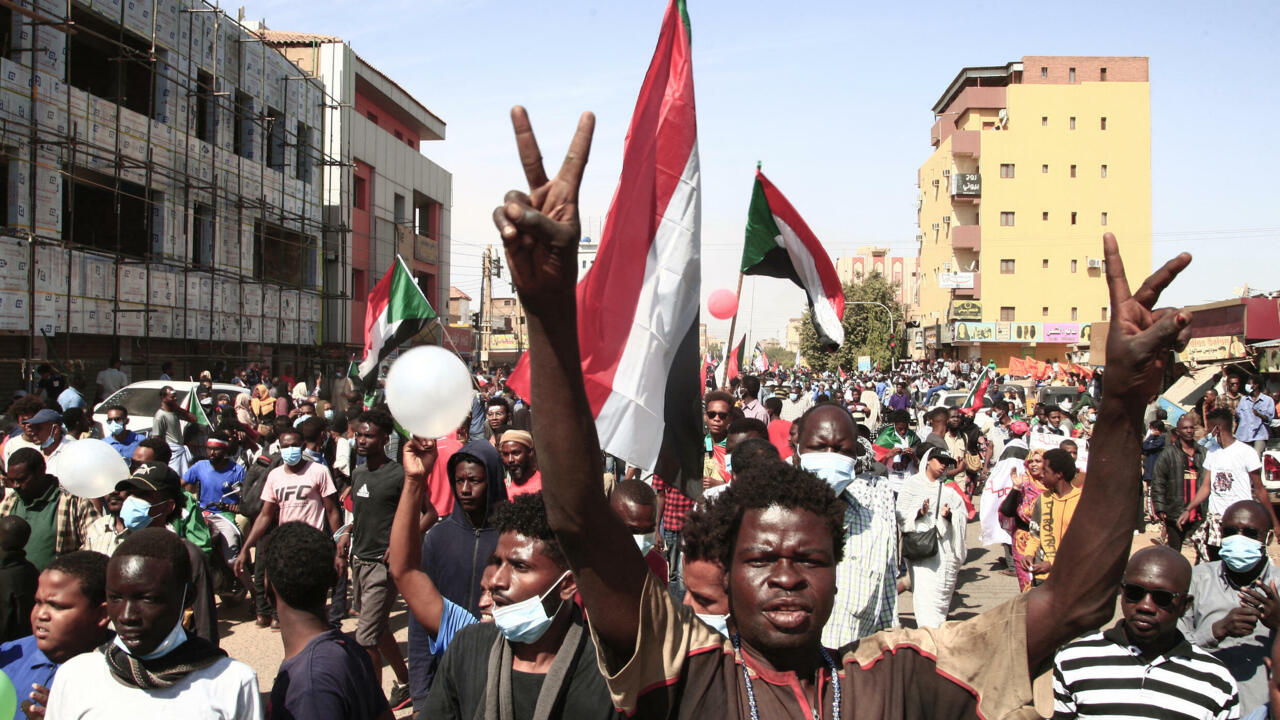 Tens of thousands of Sudanese protesters gathered on Sunday for a civilian-led transition to democracy, three years after mass protests began that led to the ousting of veteran strongman Omar al-Bashir.

“The people want Burhan down,” shouted protesters as additional security forces were deployed to surround the growing crowd.

Sudanese generals in the post-Bashir transitional government launched their coup nearly two months ago and held the civilian leader, Prime Minister Abdalla Hamdok, under house arrest for weeks, but reinstated him on 21 November.

The move alienated many pro-democracy Hamdok supporters, who dismissed it as offering a cover of legitimacy to Burhan’s coup.

“Any coup, even after Hamdok’s reinstatement, is unacceptable,” a protester in his 20s told AFP as thousands of people waving Sudanese flags marched in front of him.

‘slide into the abyss’

Hamdok, who argued he wanted to avoid further bloodshed, warned Saturday night against “the country’s slide into the abyss,” urging protesters to restrain.

“Today we are facing a major setback on the path of our revolution which threatens the security of the nation, its unity and its stability,” he said.

The protest organizers, however, have sworn, in a key slogan, that they want “no negotiations, no partnerships and no legitimacy” for the current leadership.

Another protester, in his thirties and also draped in a Sudanese flag, declared: â€œI came out today in total rejection of the political agreement! This agreement does not represent the people. We have a demand and it is a civilian government, not one that ends up under military control.

Previous protests against the military takeover were forcibly dispersed.

Nationwide, at least 45 people have been killed and dozens more injured, according to the Independent Committee of Physicians.

â€œThe numbers are huge and the security forces cannot control them,â€ said one man who witnessed protests in Omdurman.

“All the scenarios on the table”

The date of December 19 has a special resonance in Sudanese history.

It wasn’t just the day in 2018 when thousands of people launched mass protests that months later ended Bashir’s three decades in power, it was also the day in 1955 when lawmakers Sudanese declared their independence from British colonial rule.

After Bashir’s ouster, a joint military-civilian transitional government took power, but the troubled alliance was shattered by Burhan’s takeover.

“The coup put obstacles in the way of democratic transition and gave the army full control over politics and the economy,” editor-in-chief Ashraf Abdel-Aziz told AFP. of the independent newspaper Al-Jarida.

The Sudanese army dominates lucrative businesses in sectors ranging from agriculture to infrastructure.

The prime minister said last year that 80 percent of state resources were “outside the control of the finance ministry”.

Khaled Omer, a deposed government minister, said the coup was a “disaster” but also “an opportunity to rectify the loopholes” of the previous political agreement with the military.

He warned anything could happen over the next few months with the military still firmly in power.

“If the main political players do not get along and the military establishment does not distance itself from politics (…) then all scenarios are on the table,” Omer said.

The November 21 accord also set July 2023 as the date for new elections.

Hamdok said he had partnered with the military to “stop the bloodshed” resulting from its crackdown on protests, and not “to waste the gains of the past two years”.