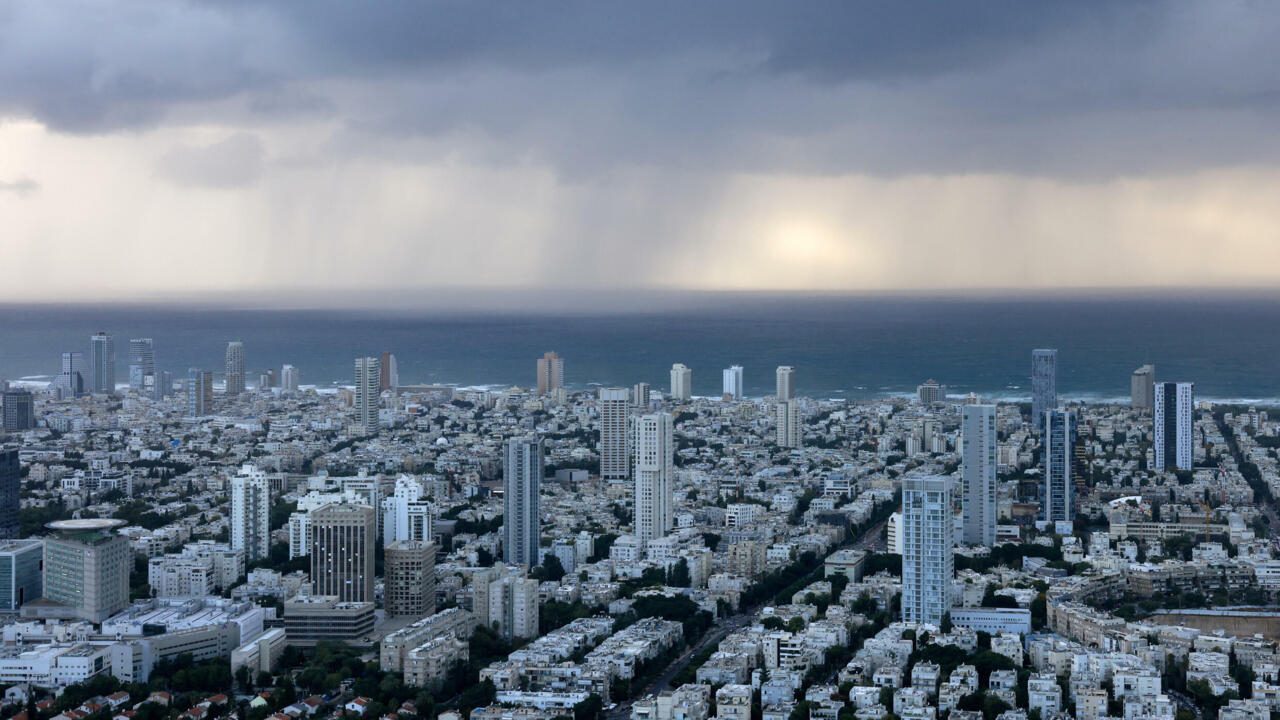 Tel Aviv (AFP) – Israeli musician Shir Meir lives in a Tel Aviv hostel room with three friends, sharing a kitchen and bathroom with others as they struggle to make do in the world’s most expensive city.

“We have come to a point of desperation” with house prices, said the 22-year-old. “There is no normal apartment for young people who are starting their life in this city.”

Meir is among the nearly half a million residents of the coastal metropolis facing soaring cost of living.

Israel’s cultural and economic capital is now more expensive than Paris, Singapore, Zurich, Hong Kong and New York, according to an authoritative ranking compiled by the Economist Intelligence Unit.

It climbed the list in part due to the strength of the national currency, the shekel, against the dollar, as well as increases in transportation and grocery prices.

The neighboring Syrian capital, Damascus, has meanwhile been ranked as the cheapest city in the world to live in.

Sitting on a bench on a central Tel Aviv shopping street lined with sparkling boutiques and renovated apartments, Janine Vosburgh said she now shuns luxuries like restaurants and cafes.

“We live in the open,” said the 70-year-old, stopping as a passer-by asked her for money.

Vosburgh, who runs the Israel Multiple Sclerosis Society, and said some patients could not afford their medications.

But the former Manhattan resident told AFP she couldn’t feel at home in any other Israeli city.

â€œThe ideas of Tel Aviv and the freedom and consideration for everyone regardless of age, gender, religious affiliation … it fits my way of thinking,â€ she said.

The high cost of living is a persistent problem in Tel Aviv.

In 2011, a â€œtent revolutionâ€ saw young Israelis furious at sharp rent increases erect shelters on the upscale Rothschild Boulevard in the heart of the city.

A decade later, the tents were gone but the soaring prices remained.

“The protest had a temporary effect,” said Asher Blass, former chief economist at the Bank of Israel.

Tel Aviv’s ranking this year is mainly due to the strength of the local currency, he said.

Last month, the shekel hit a 25-year high against the dollar.

As the cost of housing and other basic items like groceries has risen, wage growth has been uneven.

â€œMuch more needs to be done to open up competition for goods like agricultural productsâ€ to bring down prices, Blass said.

Rising costs are a boon to some in Tel Aviv.

At Rothschild Real Estate, which caters primarily to foreigners and wealthy Israeli tech workers, co-owner Eyal Furmansky said high-end home prices have risen by more than 10% in the past year.

â€œWherever you put your chips it’s a good bet,â€ he said.

Furmansky said his customers were more concerned about the strong shekel than the rising cost of daily goods.

â€œPeople in the UK, USA, Europe think it’s harder for them to buy,â€ he said.

There is “only one Tel Aviv and in this city there are very specific places that people want to live,” he added.

For others, the attractiveness of Tel Aviv and its sky-high prices is starting to weaken.

At a central outdoor produce market, student Aimy Schefner said the grocery store was more expensive than in her hometown of Haifa.

The 26-year-old aspiring actress said she views life in Tel Aviv as a large temporary expense, akin to “a trip abroad.”

â€œYou know it’s for a while, it’s not for your whole life,â€ she said.