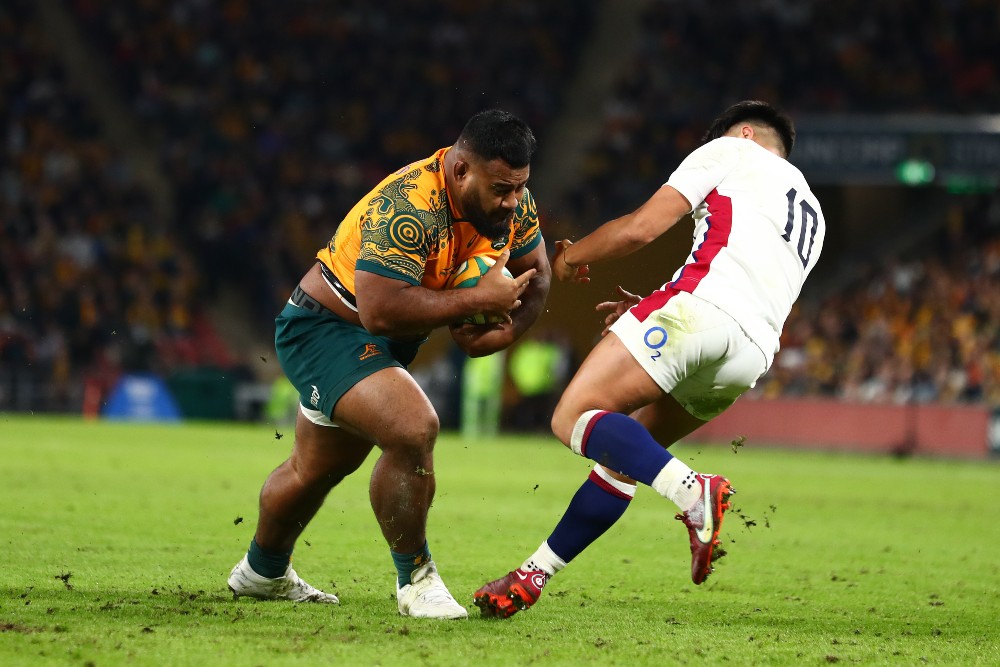 The Wallabies are set to elevate Taniela Tupou to the starting side as they prepare to face France in Paris.

It comes as Allan Alaalatoa was ruled out after suffering a concussion in last week’s 16-15 win over Scotland.

Alaalatoa was substituted at half-time after showing concussion symptoms, with the 12-day deadline ruling him out.

It is the second concussion for the Brumbies skipper in four months, excluded from the last test of the English series.

The Wallabies will be looking for back-to-back wins for the first time in 2022 as they take on the reigning Six Nations champions on Sunday morning (AEDT).

France have built a ten-game winning streak since their last game against the Wallabies, with Dave Rennie’s men surviving three close games to claim a 2-1 series win.

However, the second-placed Les Bleus bring a very different squad to that of 16 months ago, with Antoine Dupont, Charles Ollivon and Romain Ntamack at the top of the bill.

Jed Holloway is one of many new faces on the Wallabies team since this series, watching the intense battles “with your feet up and relaxing”.

He thinks past results won’t mean anything as they look to build momentum for the rest of the tour.

“We haven’t really talked about the French series from last year,” Holloway remarked.

“They said they released their ‘B’ side and fair enough, Dupont was playing. To be fair, me, Langi and a few boys here didn’t even play in this series.

“We can’t really go back and get anything out of it. We’re playing France in France, who are the second team in the world, which is going to be a hell of a show, but that’s enough motivation to really build all week and get going.

The Wallabies will confirm their squad late Thursday night, with lock Will Skelton available for selection after joining camp at Saint-Etienne