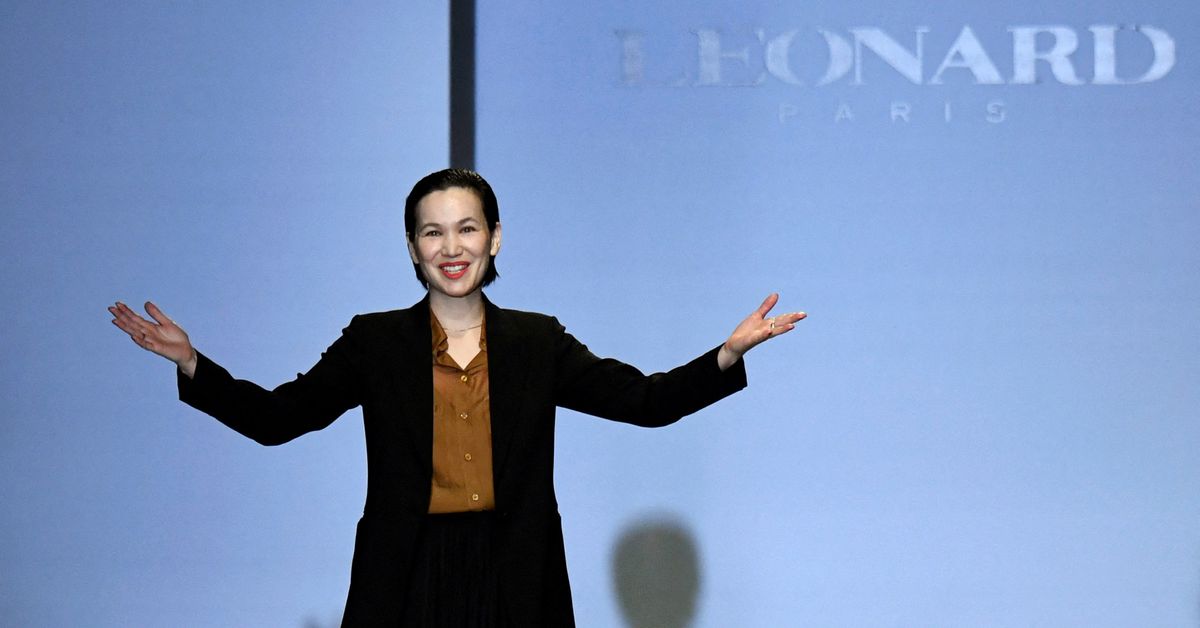 The move marks the end of family ownership of the luxury brand, founded in 1958, and symbolizes the struggle of smaller independent European houses to maintain their relevance in a rapidly changing and highly competitive retail landscape dominated by large groups. such as LVMH (LVMH.PA) and Kering (PRTP.PA).

There are plans to further expand Leonard, which sells dresses costing more than 1,170 euros as well as accessories, in Asia, building on its presence in South Korea to further establish itself in Japan and Taiwan, according to the press release.

Financial details of the deal were not given.

The brand will retain its place on the Paris fashion week calendar and its spring summer 2023 collection will be the first show under the new owner, a clothing retailer and producer and importer who has worked with the house for 50 years.

“The heritage and know-how of our house will live on all over the world for many years,” said Nathalie Tribouillard Chassaing, president and CEO of the brand founded by her father, Daniel Tribouillard.

Rise in Americans Moving to Europe – Roe Vs. Wade, a Strong Dollar and a Cost of Living Crisis