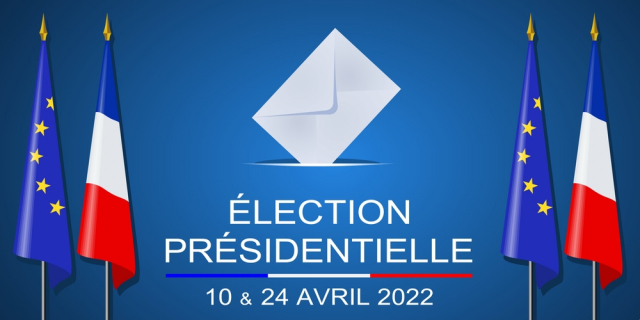 An increase in the minimum wage is proposed by most candidates.

Far-left and left-wing candidates are, as expected, the most generous, with Nathalie Arthaud of Lutte Ouvrière setting it at €2,000 net (after payroll taxes and before income tax) versus €1,269 currently.

The remuneration of civil servants should also be reassessed, as well as income support and pension supplements, believes Mr. Mélenchon.

Ecologist Yannick Jadot has indicated that the minimum wage will increase to €1,500 over his five-year term, starting with an increase of €125 net. He would call negotiations to raise pay scales in general, including for civil servants. The centrist Jean Lassalle offers 1,400 €.

Read more: RSA: What is the social integration allowance in France and who is entitled to it?

Mr Roussel says there should be a minimum pension of €1,200/month.

Mr Mélenchon said pensions should be equivalent to the minimum wage for anyone who has had a “full career”.

Read more: Does France give benefits to children helping their parents in need?

Reductions in taxes and social charges

Among the ultra-rightists, a general increase in wages via reductions in social charges on them is a popular idea.

For example, Marine Le Pen (Rassemblement National) promises to increase the wages of those who currently earn up to three times the minimum wage by 10%. She said she would allow employers to better compensate their employees by reducing their employers’ payroll taxes.

Nicolas Dupont-Aignan of Debout La France proposes an increase of 8%, the equivalent of an additional month, for employees earning up to three times the minimum wage, at an estimated cost of 20 billion euros.

He said this could be achieved by reducing payroll taxes by 30% over a five-year period.

Eric Zemmour (extreme right) proposes to lower the CSG from 9.2% to 2.5% for net income up to €2,000. This represents the equivalent of an additional month for people on the minimum wage, effectively bringing it to €1,374.

Ms. Pécresse would increase by 10% the salaries of people receiving up to 2.2 Smic (2,800 € net) during her mandate, beyond the increases linked to inflation. €35 for Smic employees and €60 for those whose gross salary is €3,400, according to the Institut Montaigne think tank. It would cost around 8.4 billion euros, the Institute said, while Ms Pécresse claimed 7 billion euros.

It would also reintroduce former President Nicolas Sarkozy’s idea of ​​exemption from overtime payroll taxes and asserts that workers should have the choice of buying back their RTT days (right to free time accumulated by working more than the number of workers). contractual maximum hours).

Child support money, currently taxable income, should be exempt from tax, she says.

Many candidates have proposed freezing energy prices further to help citizens cope with regular increases in gas, fuel and electricity.

Ms Le Pen said she would cut VAT on gas, fuel and electricity from 20% to 5.5%, an estimated cut of 12 billion euros for state finances.

Mr Mélenchon would freeze the prices of energy and five seasonal fruits and vegetables in the short term as part of a “social emergency law”. He said he wanted to roll back any petrol price increases since 2017 and lower the VAT on basic necessities from 5.5% to 5%.

This tax category includes many foods, as well as gas and electricity, bills (the subscription – subscription fee – a part, but not the actual consumption), equipment for the disabled, books and condoms.

On the other hand, it would increase the VAT on luxury goods and target the wealthiest with a new tax on financial transactions.

Mr Jadot said he planned to support investments in renewable energy without giving details. “Ecology is the friend of spending power,” he said.

Renationalization is a key theme for those on the left.

MM. Mélenchon, Roussel and Jadot want to renationalise EDF, the French electricity multinational. Although majority state-owned, in recent years it has opened up to private investors with the aim of exercising better control over energy prices.

Mr. Dupont-Aignan, Mr. Mélenchon and Ms. Le Pen have said they will nationalize the motorways, with Ms. Le Pen promising a 10-15% reduction in tolls. Mr Mélenchon would renationalise other privatized companies, such as airports and Française des Jeux, the French operator of the national lottery.

Other measures of purchasing power

Mr. Dupont-Aignan would make learning to drive free for people agreeing to perform a month of community service.

Ms. Pécresse would abolish the young active RSA but would instead create a “young income” paying 670 € / month to those who enter training to work in the sectors that are recruiting.

Mr. Mélenchon offers a three-year “autonomy allowance” for people aged 18 to 25, subject to means testing and dependent on qualifying training.

Mr. Jadot offers a “citizen’s income” to anyone over 18 in financial difficulty. It would replace the RSA RSA and the activity bonus. The additional costs would be covered by more taxes on the highest incomes and by the elimination of certain “unfair” measures adopted under the Macron regime.

Ms Hidalgo said the salaries of anyone working with pupils should be doubled during her tenure. The salary of new teachers should be based on the average salary of a French worker with five years of post-baccalaureate studies.

Has France entered a period of decline as some election candidates claim?

A wave of unifying moral outrage over Russia’s war