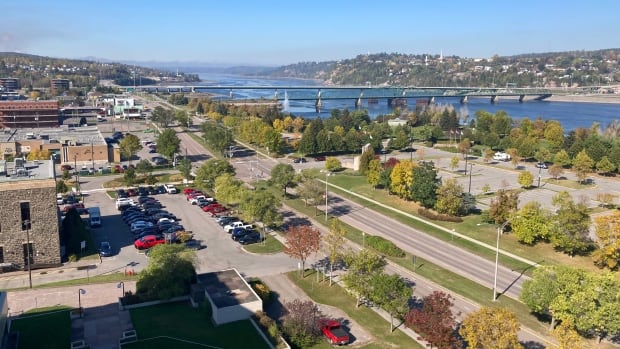 Saguenay at a crossroads: 6 candidates claim to be the best mayor to turn the economy towards the future

A record number of candidates for mayor of Saguenay this year. With six candidates, including four women, it is the biggest race for mayor the city has ever seen.

Until recently, Saguenay municipal politics were relatively stagnant. The city had the same mayor, Jean Tremblay, for more than fifteen years before outgoing mayor JosÃ©e NÃ©ron took office in 2017.

“I think some people wanted the transformations to happen much faster, and that’s why there is such interest in the position,” explained France Devin, professor of political science at CEGEP de Chicoutimi.

The six candidates offer very different visions of the future of Saguenay, a city of nearly 150,000 inhabitants that covers more than twice the area of â€‹â€‹Montreal.

Who wins could have an impact on whether the city maintains its economic dependence on industrial activity and logging or on greener initiatives.

The diversity of options is a welcome change from the Tremblay administration, which ruled the city unopposed for many years, according to Christian BÃ©langer, professor of political science at the University of Quebec at Chicoutimi.

â€œIt gives people a choice, a choice between different types of projects,â€ he said.

The main electoral issue in Saguenay this year is to create conditions favorable to growth and development, said BÃ©langer.

The city is recovering from an economic downturn caused by the pandemic. Its ability to attract new investors was shaken in July when the province decided to cancel controversial $ 14 billion project to build a liquefied natural gas facility in the region.

The decision was a blow to NÃ©ron, who supported the project and touted Saguenay as an investment destination.

In search of re-election, Nero and his party Democratic Renewal Team propose to diversify the economy, for example by developing the information technology sector.

But candidate Serge Simard says that more must be done to develop the economy. “As we speak, it has been four years since nothing has happened,” he said, adding that he was considering investing in big business projects if elected. .

The former Liberal MP from Quebec said he was particularly keen to work with the Rio Tinto mining group to replace one of their aging aluminum smelters in the Arvida district.

But for Claude CÃ´tÃ©, the 32-year-old leader of the new Unissons Saguenay party, it is time to move away from industrial production.

â€œYes, economic development is important,â€ he said, but added that it couldn’t be used as a reason to implement projects like the scrapped LGN project. “For us, it’s like an environmental disaster.”

Instead, he wants to focus on sustainability and eco-friendly initiatives, like building more cycle lanes.

Sustainable development is also a priority for independent candidate Catherine Morissette, anxious to develop the tourism industry in Saguenay.

Candidate Jacinthe Vaillancourt wants to increase the city’s income by finding solutions to its aging and declining population. She said she would focus on retaining some 2,200 students from overseas and elsewhere in the country.

“I want to see how we make a plan to integrate them … and interest them in establishing themselves in our beautiful city,” she said.

The most difficult task of the future mayor will be to bring a feeling of unity to the many boroughs that make up Saguenay, said BÃ©langer.

Saguenay was created in February 2002, when the provincial government merged Chicoutimi, JonquiÃ¨re, La Baie and three other small towns.

Although the merger took place years ago, people still have a strong sense of belonging and attachment to their former cities, BÃ©langer said.

Suddenly, citizens scrutinize how much the mayor pays attention to their district, underlines the professor of political science Pierre Turcotte, who teaches at the GEGEP of JonquiÃ¨re.

â€œWhen an infrastructure is set up somewhere, the other boroughs say to themselves’ Well why is an infrastructure being set up again in Chicoutimi, why is it [in] JonquiÃ¨re and never in La Baie? ‘”He declared.

Changing this culture of division is one of Julie Dufour’s objectives. The candidate said she wanted to help redefine the identity of the city.

â€œAfter the merger in 2002, Saguenay lost some of its essence,â€ she said, adding that the city’s pride had taken a hit.

Winning the heart of the arrondissements

Recent polls show Dufour and NÃ©ron as the two favorites, said Devin, who followed the election with his students. Dufour has more support in JonquiÃ¨re while NÃ©ron is doing well in Chicoutimi.

To win, the two women will have to pull the voices of the residents of La Baie in Simard, she said.

It’s no small feat when there are so many candidates to choose from, she said. â€œIt dilutes the vote.

She added that it was particularly difficult in Saguenay, where voter turnout is very low. Residents go to the polls on November 7.

Trump finds support for his own media business