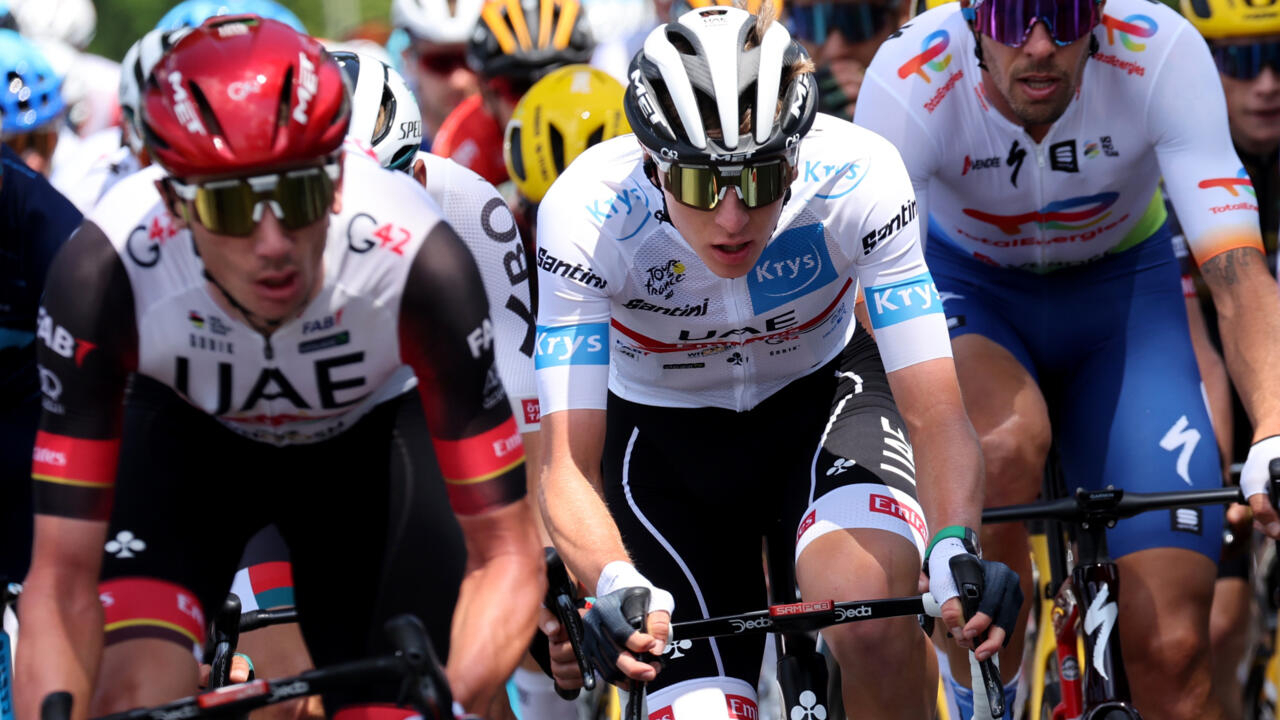 Twenty kilometers of cobblestones on Wednesday is the Tour’s first real challenge, and the last Frenchman to win the Tour de France insists Pogacar won’t have any problems there despite his slender build.

“It could be the start of the real Tour de France, simply because there can be crashes, punctures, all sorts of racing incidents that mean the Tour can be lost or won here,” said the 67 year old player.

“So normally you would have to be very vigilant even if it looks like there won’t be any wind or rain,” he said of the fifth stage between Lille and Arenberg.

“Pogacar has already shown that he can handle the cobbles perfectly after his performance in the Tour of Flanders, where he finished fourth,” Hinault explained of the biting Belgian cobblestone classic in April which Pogacar almost won.

“He’s a guy who rolls well on the cobbles and is capable of achieving something,” he said of the versatile Slovenian who won the Tour in 2020 and 2021.

Known as ‘Badger’ during the days of the race due to his attacking attitude, Hinault suggested Ineos and Jumbo would do well to join forces to nab the two-time champion on his own and then the attack.

“If you want to beat Pogacar, you have to attack him and attack him in numbers. An attacking runner would not be enough because he would dominate this fight,” he insisted.

“So if you have a team with two or three riders in a team that can attack him, Pogacar’s only solution would be to counter-attack and go alone or give up.

“Either Jumbo or Ineos could take on Pogacar, but only if they don’t attack each other and only run against him.”

The man who has also won the Giro d’Italia three times and the Vuelta a Espana twice said Saturday’s climb to La Planche des Belles Filles in the Vosges would be the perfect place to watch the 23-year-old Slovenian year.

“The first real chance they have against him is at La Planche des Belles Filles. That’s where the first big clash will be,” he predicted.

“The big mountain stages will be the most dangerous for Pogacar. But only if the others really dare to run it.”

But even then, Hinault insisted Pogacar, currently third in the Tour de France standings 32 seconds behind Belgian yellow jersey wearer Wout van Aert, was only at risk in certain situations.

At La Planche des Belles Filles, they could take it if the race starts from the start.

“If they wait for the foot of the climb it won’t work, but a full day attack might do the trick.”

Will the EU go it alone?