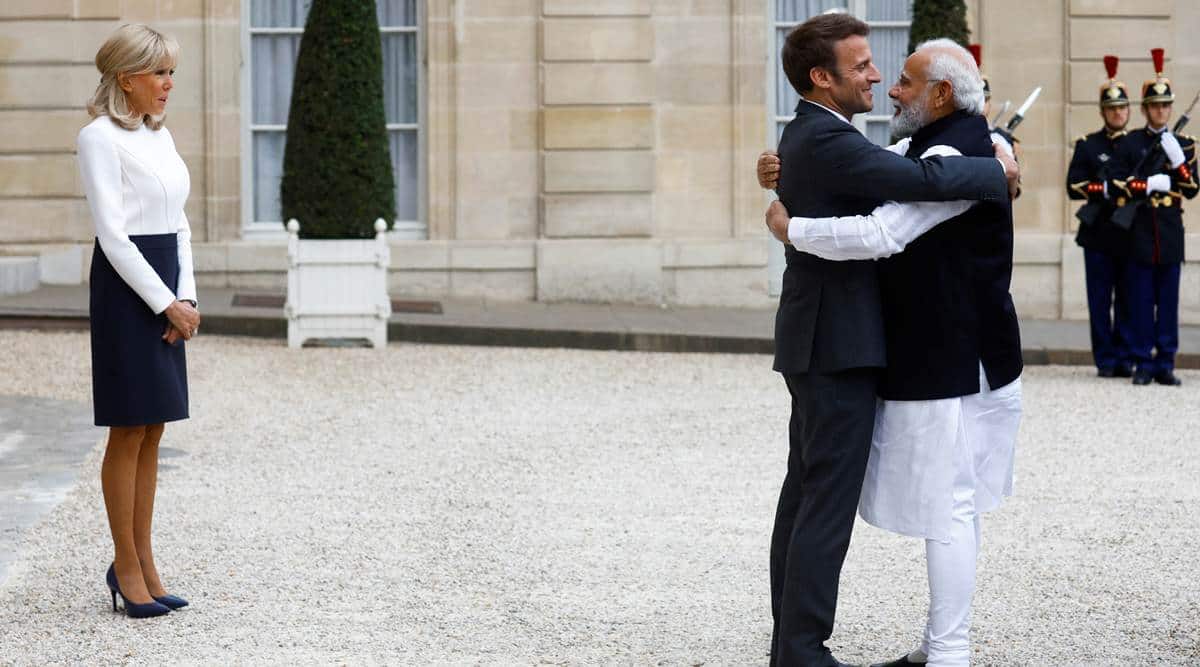 Underlining the “shared values ​​of freedom and democracy and rule-based order” with the Nordic countries, Prime Minister Narendra Modi discussed the situation in Ukraine with the Prime Ministers of Denmark, Sweden, Finland , Norway and Iceland at the second India-North summit in Copenhagen on Wednesday.

With countries prioritizing cooperation in the post-Covid situation, Modi highlighted “how India has used IT platforms for effective sensitization and monitoring of Covid vaccination in India.” Stressing the need for a “human-centric multilateral order”, he told the Nordic leaders that India believes “such platforms are a natural global good”.

After the summit, Modi, in a post on Twitter, said, “The India-Nordic Summit will go a long way in strengthening India’s ties with the region. Together, our nations can accomplish a great deal and contribute to global prosperity and sustainable development.

Later that day he flew to Paris where he met French President Emmanuel Macron. He will return home after their bilateral meeting.

In Copenhagen, Foreign Minister Vinay Mohan Kwatra, briefing journalists on the Indo-Nordic summit, said: “Leaders exchanged views on issues of regional and global concern, which naturally included Ukraine as well. . He said the Indo-Pacific issue was also discussed at the meeting. These were raised during the summit and bilateral meetings.

“The Nordic countries and India have common values ​​of freedom, democracy and rule-based order and also share views on various political issues,” he said.

Modi attended the summit along with Sanna Marin from Finland, Jonas Gahr Støre from Norway, Magdalena Andersson from Sweden, Katrín Jakobsdóttir from Iceland and Mette Frederiksen from Denmark.

Similar to joint statements with Germany and Denmark, the joint statement says the Nordic prime ministers “reiterated their strong condemnation of the unlawful and unprovoked aggression against Ukraine by Russian forces.” A unilateral statement, which expresses the views of one party, in the joint statement is unusual and reflects the difference of views of the two parties. But there were enough lines to show convergence.

The joint statement reads: “The Prime Ministers expressed their grave concern over the ongoing humanitarian crisis in Ukraine. They unequivocally condemned the civilian deaths in Ukraine. They reaffirmed the need for an immediate cessation of hostilities. They stressed that the contemporary world order is built on the Charter of the United Nations, international law and respect for the sovereignty and territorial integrity of States. They discussed the destabilizing effect of the conflict in Ukraine and its wider regional and global implications. Both parties agreed to remain closely engaged on the issue.

Prime Minister Modi and the leaders of Denmark, Finland, Iceland, Norway and Sweden pose for a photo ahead of the 2nd India-North Summit in Copenhagen. (Twitter/MEAIndia)

Kwatra said Prime Minister Modi “valued the Nordic countries as a reliable partner over the past 75 years of India’s economic growth and development journey.”

Modi told the leaders that India has not only made vaccines available to more than 100 countries but has also partnered with many countries in building the capacity of their partners. He said it was necessary to grant a temporary waiver of the TRIPS Agreement for the production of vaccines on a global scale, in order to ensure its availability.

On climate, sustainable development and blue economy, the Prime Minister underscored India’s commitment to sustainable, clean and green growth. “The conversations also made clear the need to focus on climate adaptation and climate resilience,” Kwatra said.

On innovations, the foreign minister said it was a “very strong area of ​​Indo-Nordic partnership” with a focus on healthcare innovation and digital innovation.

The Prime Minister, who spoke to Denmark’s Mette Frederiksen on Tuesday, held separate talks with the leaders of the other Nordic countries:

* With Finland’s Sanna Marin: “They discussed opportunities to expand cooperation in areas of new and emerging technologies like AI, quantum computing, future mobile technologies, clean technologies and smart grids,” the MEA said. Modi invited Finnish companies to partner with Indian companies and take advantage of the huge opportunities that the Indian market presents, especially in telecommunications infrastructure and digital transformations.

* With Magdalena Andersson from Sweden: They “expressed satisfaction with the progress made by the Lead IT initiative. This was a joint global initiative between India and Sweden to establish a Leading Group on Industrial Transition (LeadIT) in September 2019 during the UN Climate Action Summit to help guide the world’s most greenhouse gas (GHG) emitting industries towards a low-carbon economy. Its members have now grown to 35 with 16 countries and 19 companies,” the MEA said. “The two leaders also discussed opportunities to deepen cooperation in areas including innovation, climate technology, climate action, green hydrogen, space, defense, civil aviation, ‘Arctic, Polar Research, Sustainable Mining, and Trade and Economic Linkages’.

* With Katrín Jakobsdóttir from Iceland: The leaders discussed ways to further strengthen economic cooperation, particularly in the sectors of geothermal energy, blue economy, Arctic, renewable energy, fisheries, food processing, education, including digital universities, and culture. “Geothermal energy, in particular, is an area where Iceland has particular expertise, and both sides have insisted on collaboration between the two countries’ universities in this sector,” the MEA said. Modi praised Jakobsdóttir’s personal efforts to promote gender equality.

Swiss 5G “worse than in Germany, France or Italy”, according to a survey