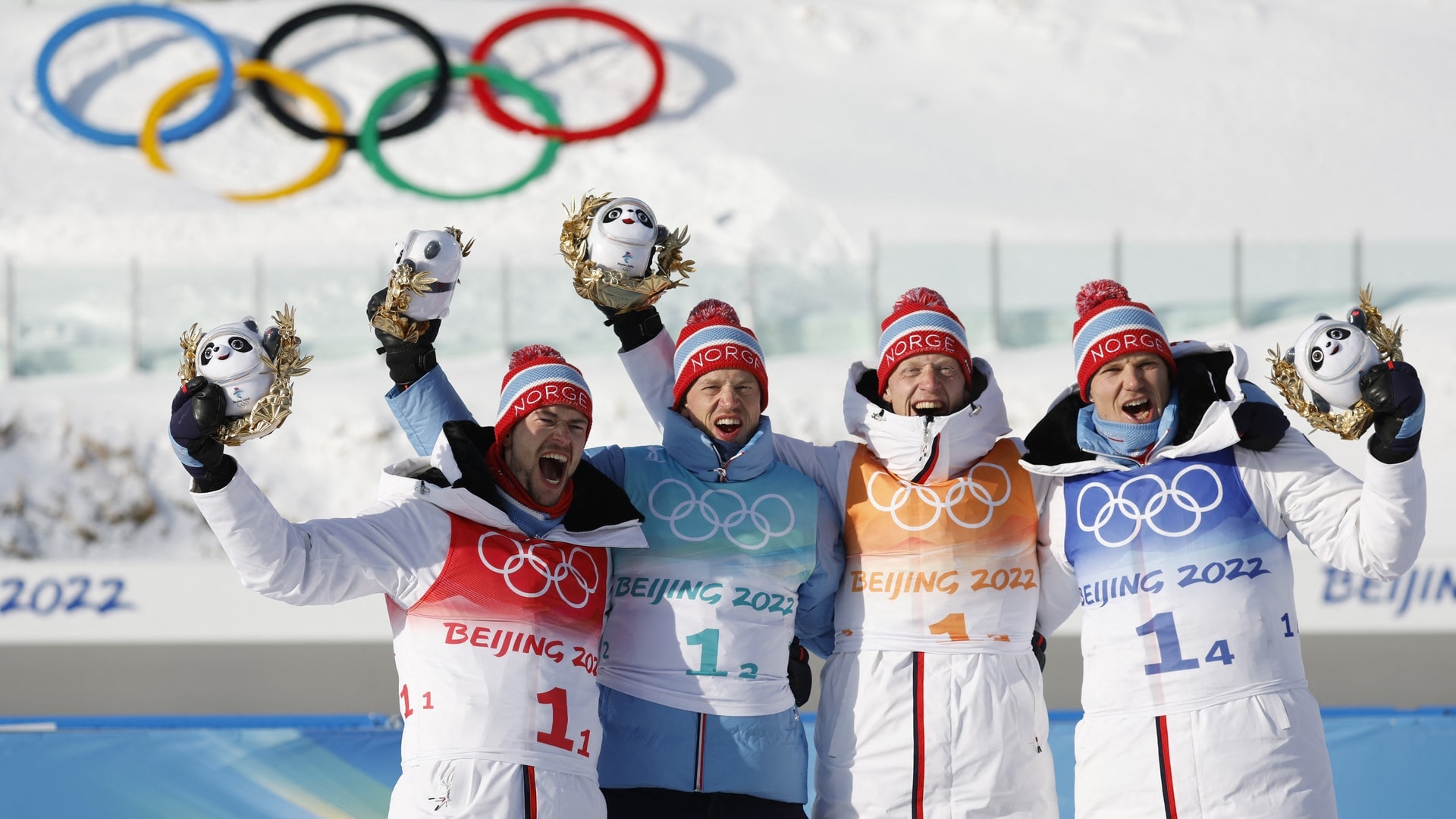 Norway refused to be caught in the men’s 4×7.5km relay and stole gold from the ROC

At first it looked like Norway weren’t going to be in contention for a medal after the first leg. Norway’s Laegried started the relay with three missed targets while standing and so skied a 150m penalty loop, adding around 25 seconds to his time. They were out of the top five at the start of the third run.

If anyone was going to bring the Norwegian team back into the medal hunt, it would be Johannes Thingnes Boe. His brother Tarjei Boe left him a minute and 40 seconds behind ROC’s Tsvetkov after missing two standing shot targets. Similar to his brother, “JT” Boe missed two targets on the prone shot and came back to shoot clean on his final standing leg. He made up for lost space on the course by keeping corners tight and shifting his weight on the descents to gain momentum. He took the Norwegians to fourth place 43.0 seconds off the ROC.

Norway, France and Germany created the first chase group behind ROC in the fourth leg of the relay. They piled increasing levels of pressure on Latypov as the four men met in the range for the final stage of standing fire.

Latypov anchored the relay for the ROC and was unable to continue the consistency he had established before, coming clean in the prone shot. He missed four shots on target in the standings and had to take two 150m penalty rounds. The ROC race had been turned upside down in the final firing stage.

The Norwegians drew on extensive experience and kept faith in their anchor Christinsen to get the job done. It would be Johannes Thingnes Boe’s fourth medal at the 2022 Games and his seventh career Olympic medal.

Quentin Fillon Maillet of France has won a medal in every event he has competed in at the 2022 Winter Olympics and is just one medal away from becoming the first athlete to win the most medals in a single Winter Olympics . He added his silver from the men’s relay to his two golds and two silvers.