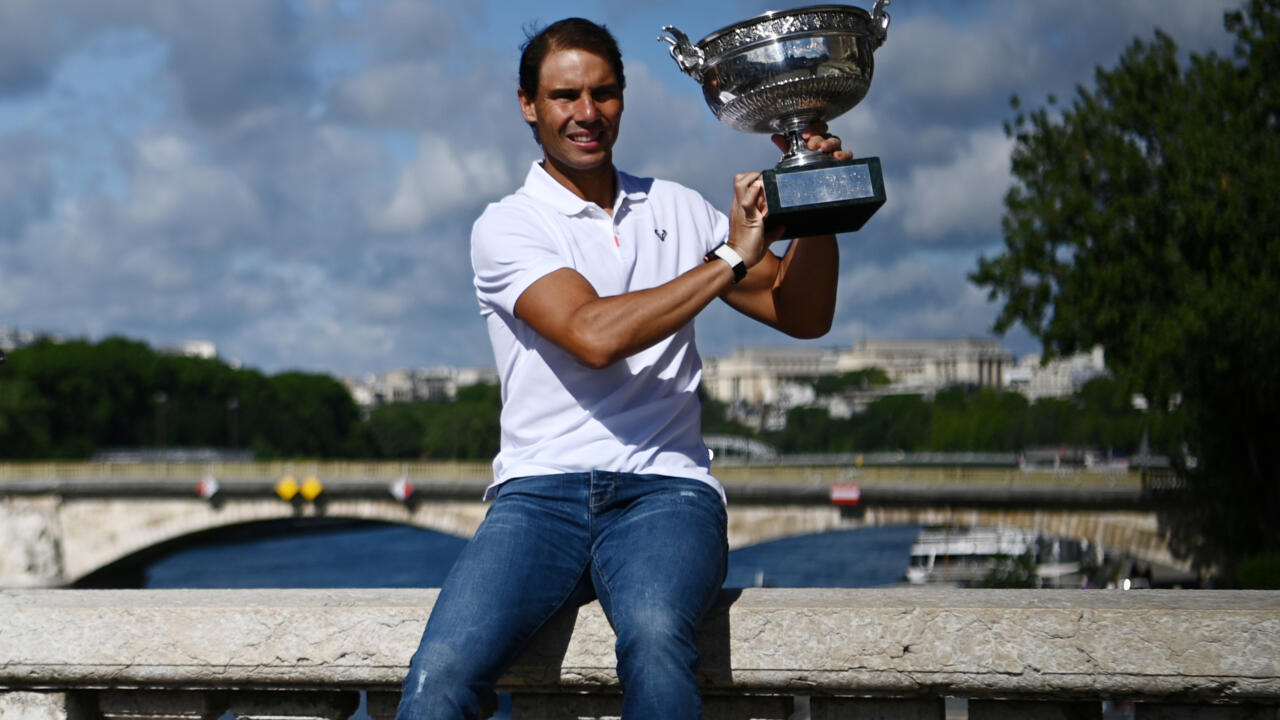 Stuttgart (Germany) (AFP) – Before continuing his preparations on grass, Andy Murray calculated on Monday the last exploit of Rafael Nadal on clay.

The 36-year-old Spaniard beat Norway’s Casper Ruud 6-3, 6-3, 6-0 in the Roland Garros final on Sunday to extend two records. It was not only his 22nd Grand Slam title, but also his 14th French Open.

“Winning 14 Grand Slams in one place is amazing,” Murray said in Stuttgart.

“There is hardly any player on the Tour who will have the opportunity to play Roland Garros 14 times, let alone win it.”

Nadal won his first Roland Garros title in 2005. In the 17 seasons that followed, he lost just three matches at Roland Garros and was sent off once with a wrist injury.

“Alcaraz is 19 now, so he would have to win it every time (until he is 33) to achieve that. I just don’t see that happening.”

Murray, who reached the Roland Garros final in 2016, was also impressed by Iga Swiatek, who extended her singles winning streak to 35 matches by winning the women’s final.

“It was just an amazing achievement for Rafa – and Iga Swiatek,” Murray said.

The Scot makes his ATP event debut in Stuttgart after stepping onto the pitches last week at the Challenger-level event in Surbiton, London, where he reached the semi-finals before losing to the American Dennis Kudla.

The former world number one, ranked 68th, will tread the lawns of the Weissenhof Club on Tuesday against Australian qualifier Christopher O’Connell.

“I beat him in a very tight game in Dubai, it’s going to be tough,” Murray said.

The 35-year-old, who survived a mass shooting at his primary school in Dunblane, Scotland, when he was nine, has spoken out about gun violence again.

“(When) it happened, we changed the gun laws and there were no more mass shootings in the UK.

“There have been over 200 mass shootings in the United States this year. They should probably do something to change that culture.”

Murray said that while he would love to play doubles with British US Open champion Emma Raducanu at Wimbledon, the odds were against it unless he suffered a singles defeat early on.

“British tennis fans would appreciate that, but I don’t know if it’s going to happen.

“Only if the singles don’t work. It’s quite difficult for me to play the singles right now,” said Murray, who has been plagued with injury issues in recent years, particularly in his hip.

Murray will contest his 45th event on grass, but only the second on the surface outside Great Britain.

He said the lawns in Stuttgart – originally curated by Wimbledon experts ahead of the first edition in 2015 – are playing differently than last week at Surbiton.

“It was old school pitches, lower rebound, very fast. But it was a good start, hopefully I can continue here.”

Not in the mood: Nadal denies retirement rumors after 14th Roland-Garros title