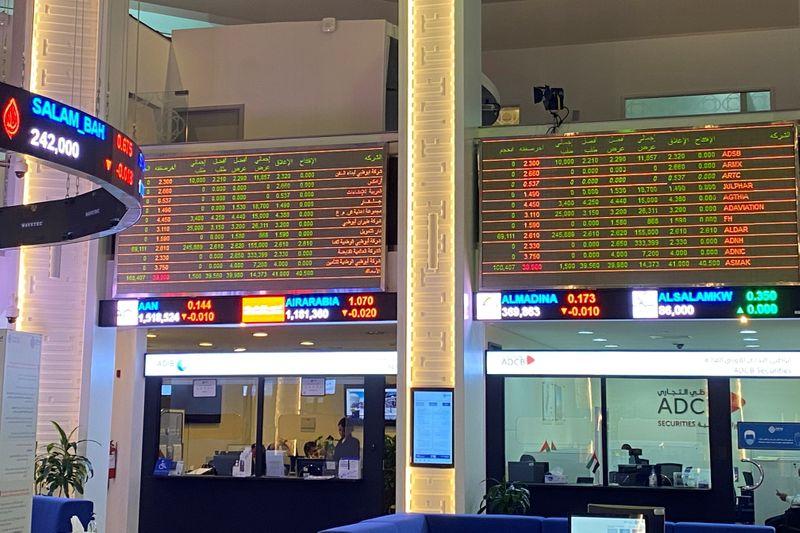 (Reuters) – Most Gulf markets ended lower on Wednesday, reflecting global equities as investors waited to see if the U.S. Federal Reserve would signal a faster path to policy normalization than expected.

Dubai’s main stock index fell 0.8%, under pressure from a 1.4% drop from leading developer Emaar Properties and a 0.9% drop from main lender Emirates NBD.

In Abu Dhabi, the index fell 0.1%, recording five sessions of gains, affected by a 1.3% drop in the Abu Dhabi Commercial Bank.

This could put pressure on the balance sheets of banks already heavily exposed to the UAE’s construction sector, which has been sluggish for years amid a slowdown in infrastructure and real estate projects.

“The sustained decline in oil demand is also a cause for concern. While countries have yet to regain their pre-COVID economic activity levels, demand for oil remains relatively low compared to what it was at the start of last year, ”said Michael Stark, research analyst at Exness.

Meanwhile, Indian state refiners plan to cut oil imports from Saudi Arabia by about a quarter in May, in a growing stalemate with Riyadh over OPEC’s decision to ignore calls. of New Delhi to help the world economy with a higher supply.

In Qatar, the benchmark ended down 0.8%, with Qatar Navigation down more than 8% as the stock went ex-dividend.

Qatar Navigation, one of the leading Doha-based transport and logistics groups, recorded its largest intraday decline in nearly a year.

Reporting by Ateeq Shariff in Bangalore; edited by Barbara Lewis