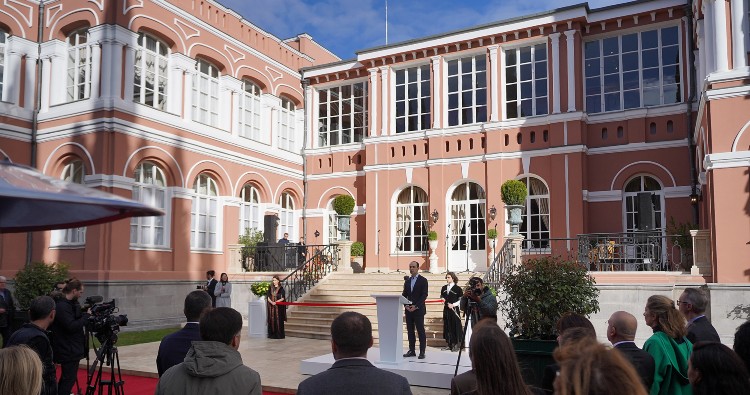 In his welcoming speech, Davitashvili thanked the Chateau’s investors for their work and noted that such investments would contribute to the “dynamic” development of wine tourism in Georgia, adding that Chateau Mukhrani, known as a “high quality”, has been “one of the most” impressive places of wine tourism in the country “with an exceptional historical heritage”.

Photo: Press Service of the Ministry of Economy

In 2022, the tourism industry stands out with particularly high recovery rates – our country [Georgia] received $2.5 billion in tourism revenue. In this regard, it is important to develop gastronomy and wine tourism which require quality infrastructure such as Château Mukhrani”, noted the Minister of Economy.

Frederik Paulsen, the castle’s investor, and Juan Pablo Molyneux, the world-renowned specialist in the restoration of historic interiors, who led the process of restoring the 120-year-old palace, also addressed the guests, who included the representatives of the Georgian Government and local authorities.

The process of restoring the palace, built in the 19th century by the Georgian nobleman of Mukhrani Palace, General Ivane Bagrationi (Mukhranbatoni) in the style of a French chateau, has been underway since 2016. The palace and its infrastructure, which covers 16 hectares and employs around 300 people, was designed by French and Georgian architects.