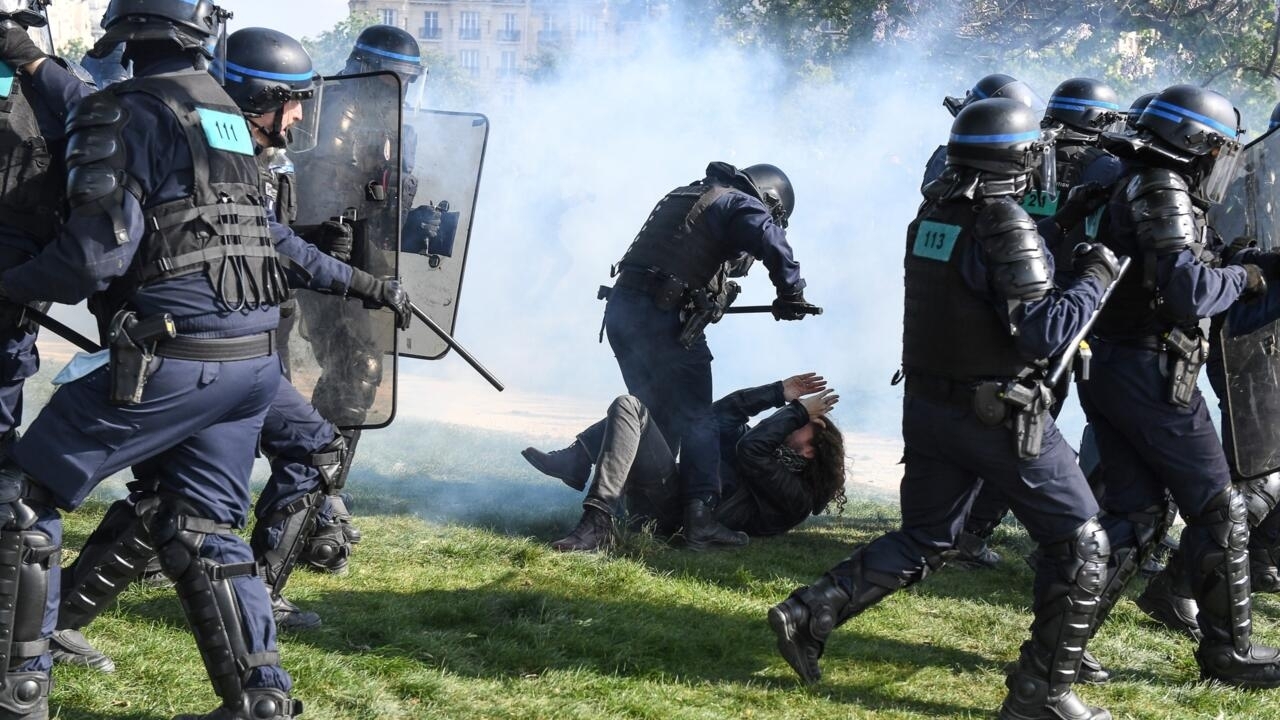 May Day holidays marked by clashes in Turkey and France

Istanbul (AFP) – Police and protesters clashed in Turkey and France during May Day rallies on Sunday, as tens of thousands marched across the world in support of workers’ rights.

Turkish riot police arrested dozens of protesters in Istanbul, pinning some of them to the ground and removing them from the rally, which the governor’s office said was not allowed.

And rallies in Paris quickly turned violent as young people clashed with police on the sidelines and buildings were vandalized, although unions said more than 200,000 people had joined protests across France and that most were peaceful.

May Day is a public holiday in many countries and Sunday has seen events on every continent.

City officials said the group refused to disperse and 164 people were arrested, with government-sanctioned rallies elsewhere in Turkey proceeding peacefully.

French ministers denounced the violence in Paris and prosecutors said 50 people had been arrested.

Martine Haccoun, a 65-year-old retired doctor, told AFP she had come to protest in the southern city of Marseille to show re-elected President Emmanuel Macron “that we didn’t give him a blank check for five years”.

While scuffles were reported in Italian cities including Turin, thousands of people gathered in London and cities across Germany with no signs of unrest.

In Spain, around 10,000 people joined a protest in Madrid and dozens of other cities also held well-attended rallies.

Labor Minister Yolanda Diaz of the Communist Party said she wanted to show solidarity “with the workers of Ukraine, who today are unable to demonstrate”.

In the Greek capital Athens, more than 10,000 people joined the rallies amid runaway inflation.

“We honor workers not with slogans, but with deeds,” he wrote on Twitter.

Kenyan Prime Minister Uhuru Kenyatta also used his May Day speech to promise a 12% rise in the minimum wage, although campaigners said this was not enough to keep pace with inflation.

‘Pull by his ear’

The mood was uglier in Sri Lanka, where the opposition showed rare unity in calling on President Gotabaya Rajapaksa to step down following the country’s worst economic crisis.

“It’s time for us to pull him by the ear and drive him out,” former lawmaker Hirunika Premachandra told a rally in Colombo.

South African President Cyril Ramaphosa was also feeling the heat, being forced out of an event when miners stormed the stage he was due to speak on and chanted “Cyril must go”.

However, other leaders have harnessed the energy of the crowd.

Xiomara Castro, the new president of Honduras, was greeted by thousands of people chanting her name, and she responded by telling them she would govern for them and end a ‘dark era’ of corruption and drug trafficking .

Elsewhere in Latin America, a left-wing organized group in Buenos Aires protested the repayment of International Monetary Fund loans, while another group of pro-Argentinian government protesters praised the current policy.

There were also two separate marches in the Venezuelan capital of Caracas, with hospital workers and other basic service workers demanding a “decent wage” in one protest.

“People, listen up, join the fight!” they chanted.

President Nicolas Maduro addressed the crowd at a separate pro-government march elsewhere in the city, blaming US sanctions for his country’s ‘economic storm’ and announcing that ‘Venezuela is heading for prosperity’ .

Thousands of May Day protesters in Chile took to the streets just days after the government announced a 12.5% ​​increase in the minimum wage, which is expected to reach 400,000 pesos ($470) a month from august. President Gabriel Boric said his goal was to raise it to 500,000 pesos by 2026.

May Day has come too early for many Chinese to enjoy what is usually one of the busiest holidays of the year.

“Obviously it’s bad for our own interest, but it’s overall necessary for the good of the country,” said a young waiter at a deserted restaurant near Beijing’s Forbidden City.

French Bee will take you to France from LA from $321