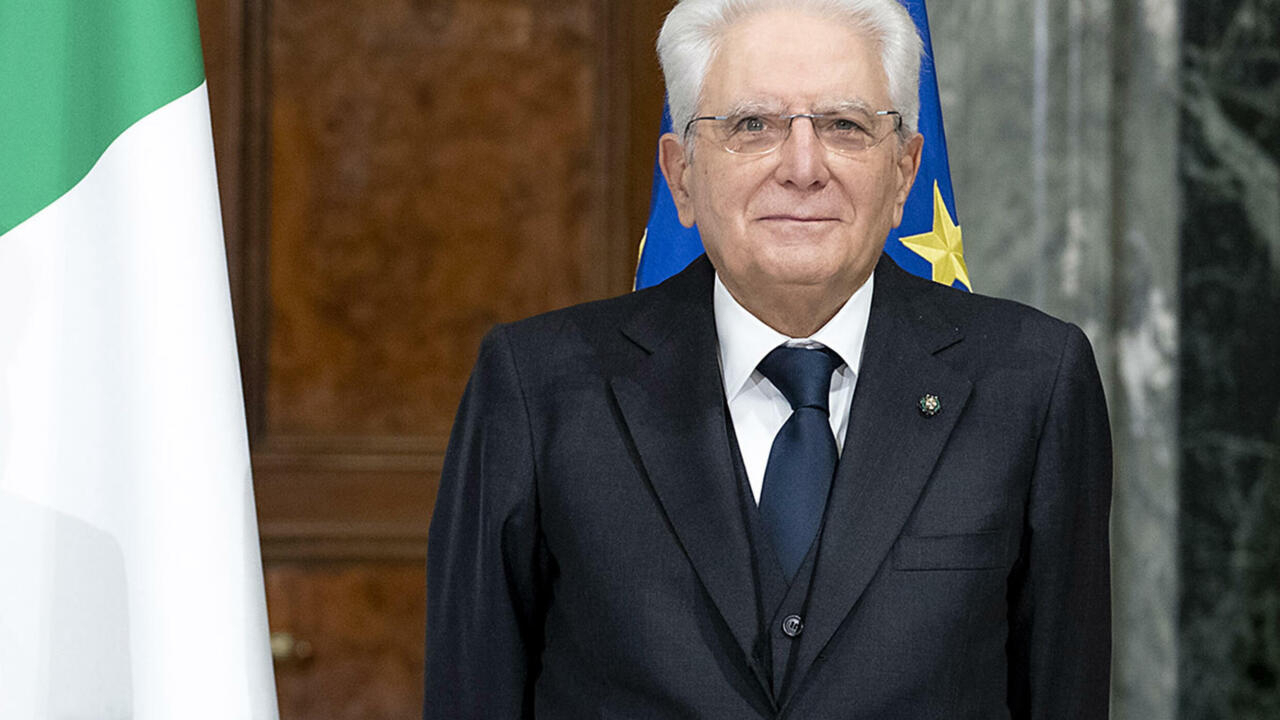 Roma (AFP) – Italian parties were due to vote on Saturday for incumbent President Sergio Mattarella to stay on for another term, averting the political chaos that a failure to elect his successor could have unleashed in the eurozone’s third-largest economy.

The 80-year-old’s election would end weeks of dithering over whether prized Prime Minister Mario Draghi should be elevated, with many fearing such a move could leave the government rudderless at some point very sensitive.

The former Constitutional Court judge had repeatedly ruled out running for a second term, but appeared to have relented on Saturday after bickering Italian political parties failed to find another viable candidate.

Constitutional expert Gaetano Azzariti told AFP that Mattarella could theoretically refuse, but he was not supposed to. His election would be for a seven-year term, but he could resign earlier if he wanted to.

Italy’s presidency is largely ceremonial, but the head of state wields serious power during political crises, from dissolving parliament to selecting new prime ministers and denying mandates to fragile coalitions.

Matteo Salvini, leader of the far-right League party, was the first to openly propose the stalwart and popular Mattarella on Saturday, after fielding a failed candidate on Friday.

Billionaire Silvio Berlusconi, who himself missed out on the presidency, also said his party would ask Mattarella “to make a big sacrifice”, as would the centre-left Democratic Party (PD).

It wouldn’t be the first time: in 2013, President Giorgio Napolitano was elected to stay, in a bid to break the political deadlock left by an inconclusive general election. He served nearly two more years.

Mattarella has already served a tumultuous seven-year term, where he sought to be a unifying figure through five different governments and the devastation of the coronavirus.

The Sicilian, who was a little-known Constitutional Court judge when he was elected head of state by parliament in 2015, has been liked by parties of all political persuasions.

If Mattarella agreed to stay – if only for a year to push the country through to the 2023 general election – that would leave Draghi free to move forward with Italy’s post-pandemic recovery.

Draghi, a former head of the European Central Bank brought in to lead a government of national unity almost a year ago, has played a key role in reviving Italy’s debt-ridden economy.

Italy is banking on nearly 200 billion euros ($222 billion) in EU funds to shore up the trend, but Brussels’ money depends on a tight schedule of reforms.

International investors have been watching the election closely, fearing that the calendar will deteriorate.

“An extension of Mattarella’s mandate would be ideal for the financial markets,” Guido Cozzi, professor of macroeconomics at the University of St. Gallen, told AFP.

“Mario Draghi would remain as head of government… (and) EU funding flows and planned investments would be guaranteed for a tricky second year,” he said.

Draghi also managed to keep bickering between Italian parties to a minimum.

But the Repubblica daily stressed that with the election campaign already underway, the coming year “risks being a repeat of the mess we have seen in recent days”.

If elected, it will be up to Mattarella to keep the peace: “a more difficult task than one can imagine”.

London must not rest on its laurels, it needs solid access to talent to continue to thrive