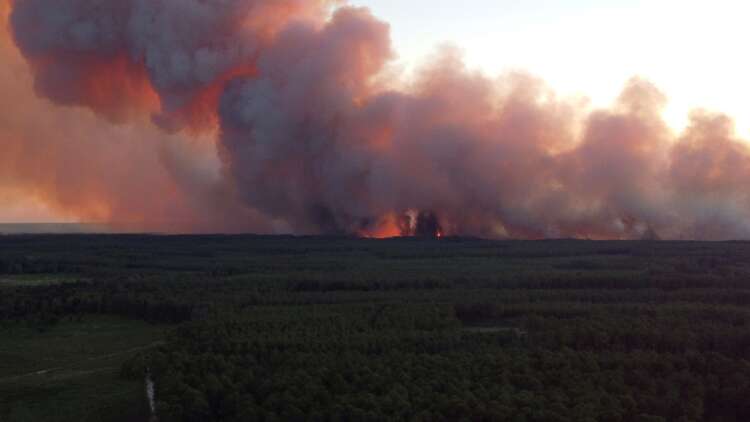 Hundreds more evacuated from homes as wildfires spread across France

PARIS (Reuters) – Hundreds more people were evacuated from their homes as wildfires continued to rage out of control in southwestern France, authorities said on Friday.

More than 1,000 firefighters, backed by nine water bomber planes, have been battling since Tuesday to bring two blazes under control stoked by scorching heat, powder keg conditions and high winds.

“The situation is still unfavorable,” said the prefecture of the Gironde department, where the fires are raging.

The fires have now burned 7,300 hectares, a total that has increased by 2,000 hectares overnight, authorities said.

Another forest fire that broke out on Thursday near the town of Tarascon, in the south-east of the country, and burned at least 1,000 hectares, has been stabilized, according to firefighters.

Wildfires have also raged in Portugal, Spain and Croatia, burning homes and threatening livelihoods, as much of Europe is baked in a heat wave that has pushed temperatures to the mid 40°C in some areas.

One of Gironde’s two fires occurred around the town of Landiras south of Bordeaux, where 4,200 hectares were burned, roads closed and 480 more residents evacuated, bringing the total to nearly 1,000.

The other fire, which has already burned 3,100 hectares, occurred along the Atlantic coast near the “dune du Pilat” – the highest sand dune in Europe – in the Bassin d’Arcachon region , above which heavy clouds of black smoke were seen rising into the sky.

About 6,000 people were evacuated from surrounding campsites on Wednesday and another 4,000 people early Thursday.

Three houses and two restaurants were destroyed overnight in this area, authorities said.