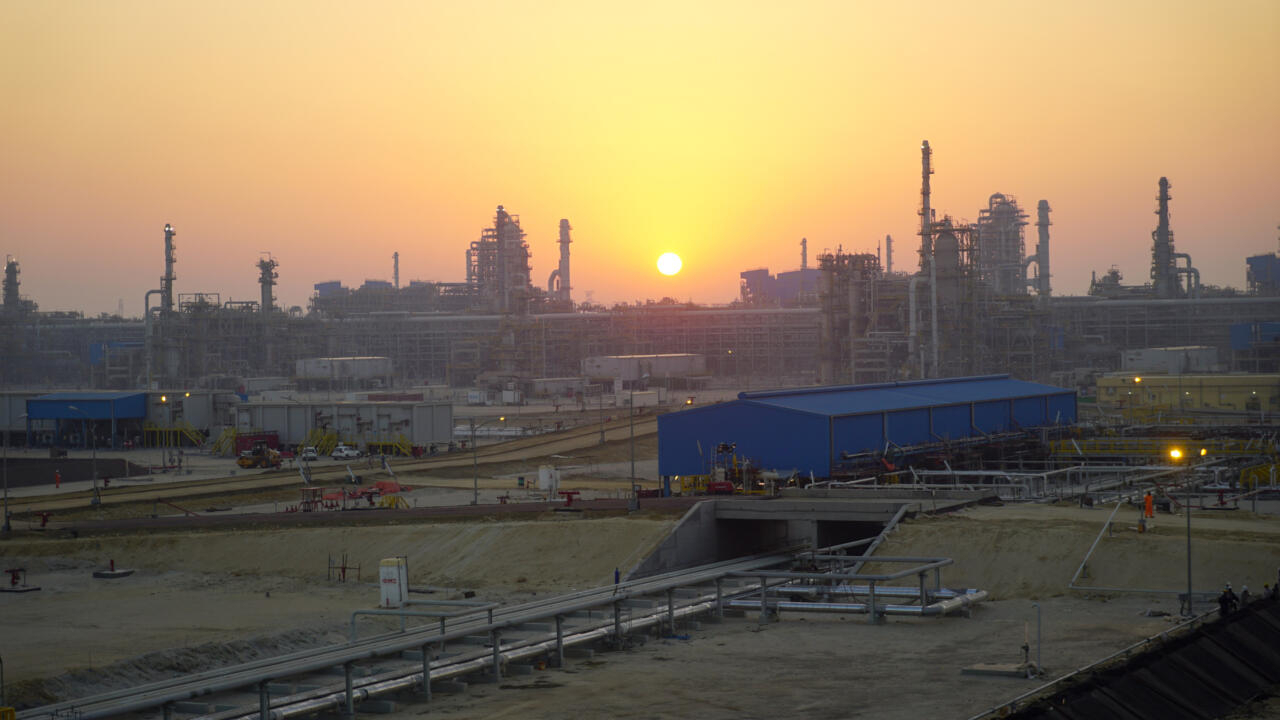 How Russia’s war in Ukraine shook the global economy

Paris (AFP)- In a month of conflict in Ukraine, global oil prices have skyrocketed, foreign companies have left Russia and Moscow faces the specter of default.

Here is an overview of the economic fallout from Russia’s invasion of its neighbor on February 24:

Oil and gas prices jumped on supply fears, with Russia being one of the world’s largest producers and exporters of fossil fuels.

North Sea Brent, the international benchmark, was around $90 in February. On March 7, it surged to $139.13, near a 14-year high and prices remain highly volatile.

Prices have also increased at the pump, prompting governments to take measures to alleviate the financial difficulties of consumers: lowering VAT in Sweden, price caps in Hungary or reductions in France.

The United States, Canada and Britain have announced a ban on Russian oil.

The European Union has avoided sanctions against Russia’s energy sector, as countries like Germany are heavily dependent on gas supplies from Moscow.

Other raw materials massively produced in Russia have soared, including nickel and aluminum.

UN chief Antonio Guterres has warned that the conflict could ripple far beyond Ukraine, causing a “hurricane of hunger and a collapse of the global food system”.

Russia and Ukraine are breadbaskets for the world, together accounting for 30% of global wheat exports.

Prices for cereals and cooking oils have increased.

The Food and Agriculture Organization of the United Nations says the number of undernourished people could rise by eight to 13 million people this year and next.

Ships are not leaving Ukraine, and there are concerns about the upcoming sowing season in the country.

The United States, India and Europe could cover wheat shortages. But it could be more complicated to replace sunflower oil and corn, of which Ukraine is the world’s largest and fourth largest exporter respectively.

Stock markets had started 2022 on a high note as economies recovered from the Covid pandemic and companies posted strong results.

But the war brought volatility to markets as the Moscow stock exchange closed for three weeks and only partially reopened on Monday.

Russia now faces the risk of defaulting on its debt for the first time in decades.

Hundreds of Western companies have closed stores and offices in Russia since the start of the war, due to sanctions, political pressure or public opinion.

The list includes famous names such as Ikea, Coca-Cola and MacDonald’s.

Some companies have chosen to stay in Russia, citing their social responsibility not to abandon their local employees and deprive the population of essential goods.

War threatens to stall the global economic recovery from the Covid pandemic.

The OECD has warned that the conflict could deal a one percentage point hit to global growth.

The IMF is expected to lower its growth forecast, which currently stands at 4.4% for 2022.

“The global economy as a whole will feel the effects of the crisis through slower growth, trade disruptions and higher inflation, hurting the poorest and most vulnerable in particular,” the IMF warned. World Bank and the European Bank for Reconstruction and Development (EBRD) in a press release. joint statement.

With inflation soaring, analysts fear economies are facing a period of stagflation – a toxic mix of rising prices and weak growth.

“Even if the war stopped today, the consequences of this conflict would be felt for months and this would affect commodity prices,” the EBRD’s chief economist told AFP. Beata Javorcik.

CoStar Group: The correction has fallen too far (NASDAQ: CSGP)