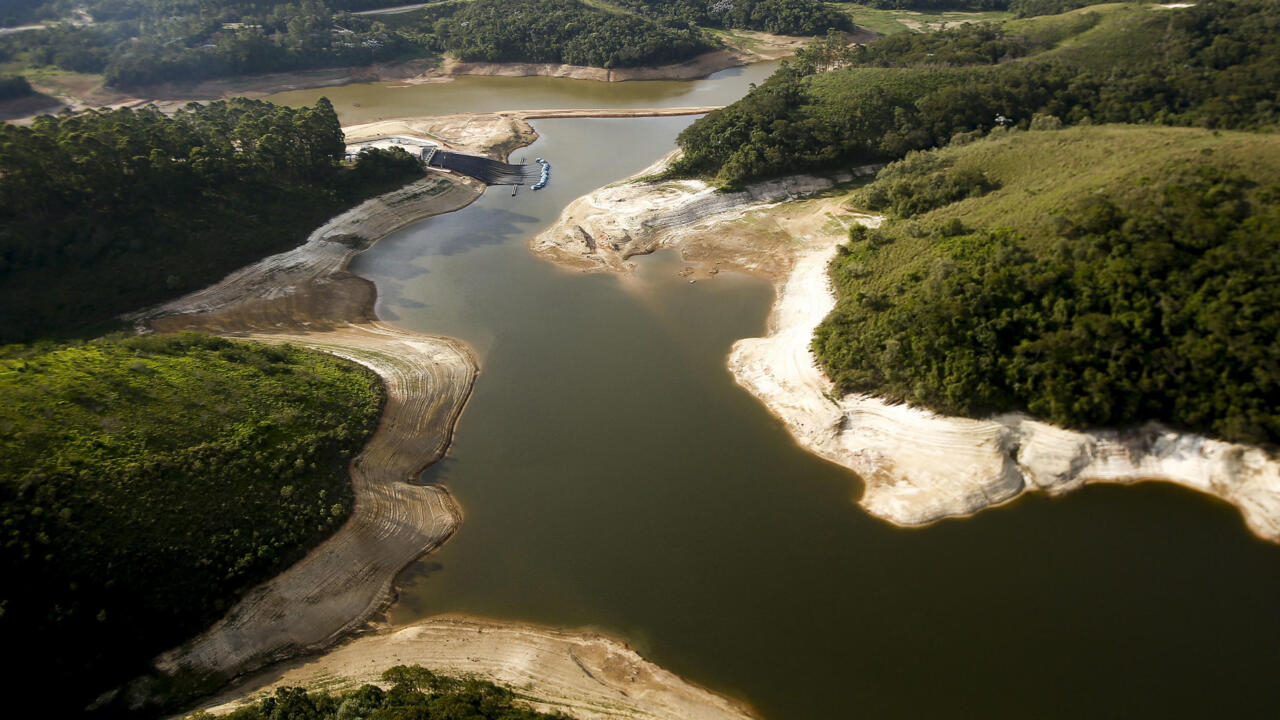 The worst drought in nearly a century to hit two key regions of Brazil is wreaking havoc on hydroelectric dams and crops – and threatening the burgeoning pandemic recovery of Latin America’s largest economy.

Months of patchy rain have narrowed rivers, left their banks cracked and parched, and reduced normally sprawling reservoirs to webs of puddles in southeast and mid-western Brazil.

The wave of drought in this vast, economically crucial area of â€‹â€‹the country is hurting two important sectors: hydroelectric power, on which Brazil depends for almost two-thirds of its electrical capacity, and agriculture, which has been the engine of its recovery. after the economic debacle caused by Covid-19 last year.

And there is no sign that the rain is coming: winter in the southern hemisphere is generally dry in both regions.

Experts say the drought in the south is mainly caused by La Nina, the cyclical cooling of surface temperatures in the Pacific Ocean.

“We are facing a ‘dry season’ which will actually last a year and a half to two years,” said Pedro Luiz Cortes, professor at the Institute of Energy and Environment at the University of Sao Paulo.

In the center-west, the drought is due to the destruction of the Amazon rainforest, experts say.

Deforestation has reduced the clouds generated by the Amazon, which dump rainfall across much of South America.

In west-central Brazil, destruction has been causing rainfall shortages for nearly a decade.

This problem – which is part of the larger problem of climate change – is at risk of becoming “chronic,” Cortes told AFP.

Drought is hitting the production of hydroelectric dams in Brazil, most of which are located in the two regions.

Average water levels in the reservoirs of the affected dams have fallen by 32 percent.

Last week, the National Water and Sanitation Agency (ANA) declared a “critical shortage of water resources”, effective until November, for the Parana river basin, the heart of hydropower capacity. from Brazil.

The move allows the agency to temporarily change water rights regulations, although it said it did not expect to implement rationing for human consumption or irrigation “for the moment”.

To increase their reserves, plant operators would like regulators to relax the requirements on the amount of water they must release through their dams.

But it would lower river levels further, affecting the transport and agricultural sectors, which need water to move boats and irrigate crops.

Anxious to avoid a repeat of the painful rationing of electricity in 2001, the government of President Jair Bolsonaro is seeking to source more electricity from thermal power plants.

But “even combined with other sources, such as the growing wind sector, it would be difficult for thermal power plants to fill the hydropower gap if energy use increases significantly with the economic recovery,” Cortes said.

The timing could hardly be worse: the Brazilian economy, which contracted a record 4.1% last year, has finally returned to its pre-pandemic level with stronger-than-expected growth of 1.2% in the first quarter of 2021.

Adding to the price pressure, the National Electric Power Agency (ANEEL) imposed an additional tax of 6.24 reais ($ 1.25) per kilowatt hour on consumers for June due to water shortages in hydroelectric dams – its highest extraordinary surcharge on record.

The drought is also affecting major agricultural states, at a time when the agricultural sector has been the engine of Brazil’s economic recovery, growing 5.7% in the first quarter.

The country’s sugarcane, coffee, orange, corn and soybean crops are all under threat, pushing up prices.

Indirect feed costs will also drive up the prices of poultry and pork, Vargas said.

As if the fallout from the drought weren’t enough, epidemiologists warn Brazil could also be facing a brutal new wave of Covid-19.

Why the charms of the Uruguayan coast attract homeowners

Good news! Bayern Munich’s Leon Goretzka advancing for Germany and could be ready for France