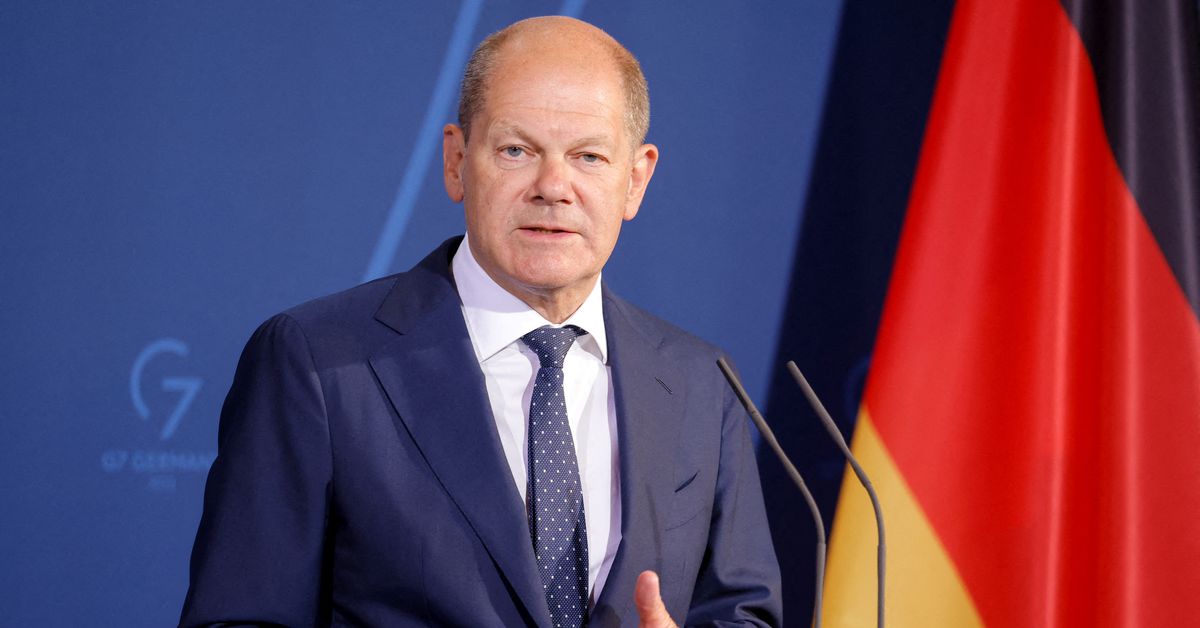 It took weeks to arrange the visit, with the three men seeking to overcome criticism in Ukraine over their response to the war.

“It’s an important moment. It’s a message of unity that we send to Ukrainians,” Macron said upon his arrival in Kyiv.

Asked why the visit was taking place now, an Elysee official said he felt it was best done just before an EU summit next week which is due to discuss the bid from Kyiv to join the bloc of 27 nations.

The European Commission is due to make a recommendation on Friday on Ukraine’s status as an EU candidate, something Europe’s biggest nations have been lukewarm about.

“The useful moment for this visit was the European Council of 23/24, where a strong symbolic gesture is expected by the Ukrainians,” said the Elysée official.

“A balance needs to be struck between Ukraine’s natural aspirations to (join) the EU at a very special time, and the attention given to all the countries that already have candidate status and are stuck in the chapters of negotiation and the fact that we must not destabilize the EU or fracture it”.

Speaking in Romania on Wednesday, Macron said it was time for Europe to reassure Ukraine of its European ambitions. Read more

“We are at a time when we Europeans must send clear political signals to Ukraine and its people as they resist heroically,” he said, without giving details.

Kyiv has accused France, Germany and, to a lesser extent, Italy of dragging its feet in supporting Ukraine, saying they have been slow to deliver weapons and push their own prosperity before the freedom and security of Ukraine.

“They will say we have to end the war which is causing food problems and economic problems…that we have to save face for Mr. Putin,” he said, referring to Macron’s comments this month. that it was vital not to humiliate the Russian leader. Read more

Responding to this concern, Draghi said on Tuesday it was important that the peace talks begin as soon as possible, but added that they must take place “on terms that Ukraine deems acceptable”.

Zelenskiy is expected to push his visitors to send more weapons to help his beleaguered army resist the Russian invaders.

Ukraine has been particularly critical of Germany’s military aid and the country’s ambassador to Berlin, Andrij Melnyk, told German broadcaster NTV he expected Scholz hands over long-promised but not yet delivered heavy weapons.

Scholz dismissed allegations that he withheld much-needed military support, saying he was one of Ukraine’s biggest military and financial backers and needed time to train Ukrainian soldiers to use the sophisticated artillery systems it offered.