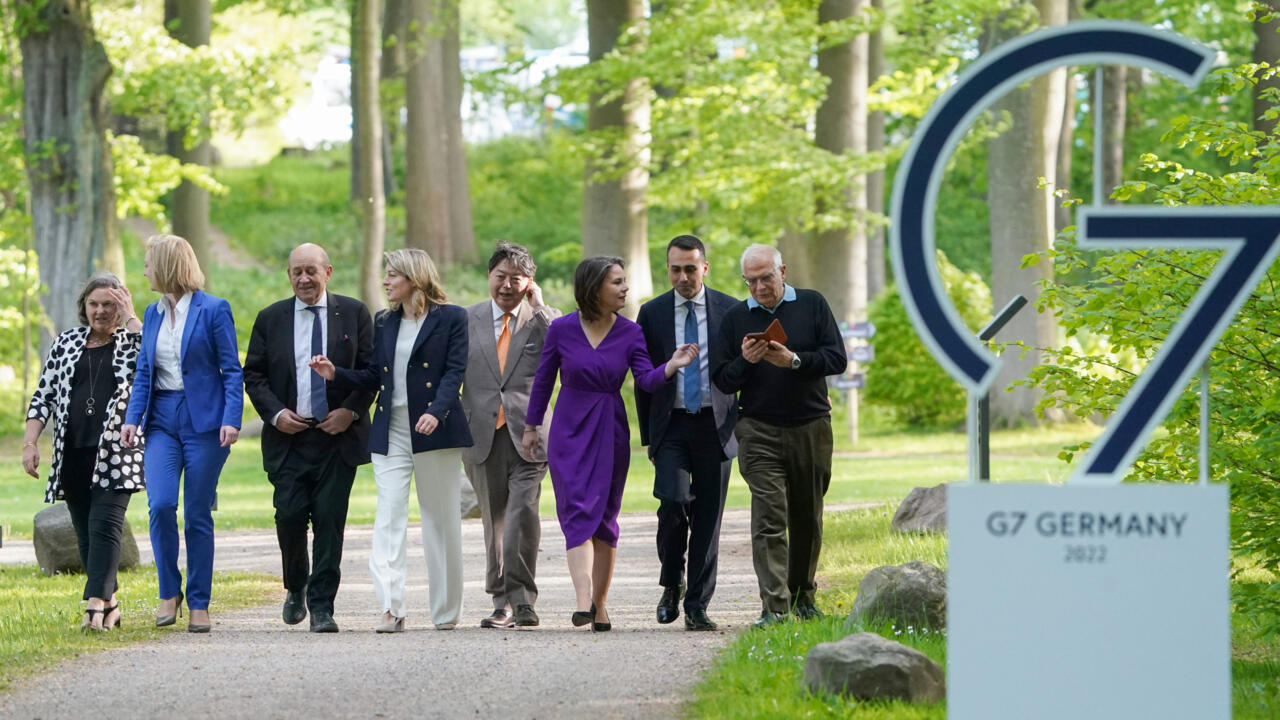 Wangels (Germany) (AFP) – The G7 group of industrialized countries is united in supporting Ukraine “until victory”, France said on Friday, as the EU pledged more military aid to kyiv in its fight against the Russian invasion.

“It’s very important right now that we keep the pressure on Vladimir Putin by supplying more weapons to Ukraine, increasing the sanctions,” British Foreign Secretary Liz Truss said as she arrived for a second day. talks with his G7 counterparts in northern Germany.

“G7 unity has been vital during this crisis,” she added.

French Foreign Minister Jean-Yves Le Drian said the G7 countries were “very strongly united” in their desire to “continue in the long term to support Ukraine’s fight for its sovereignty until Ukraine’s victory”.

The money will bring total EU military aid to Ukraine to two billion euros, he said.

“The recipe is clear – more or less the same,” Borrell said.

“More pressure on Russia, with economic sanctions. Continue to work on Russia’s international isolation. Counter misinformation about the consequences of the war… And present a united front to continue supporting Ukraine. “

Foreign ministers are meeting for three days in the seaside resort of Wangels in Germany, which currently holds the G7 presidency.

The war in Ukraine is expected to be the main topic on the agenda, with Ukrainian and Moldovan foreign ministers Dmytro Kuleba and Nicu Popescu also on the guest list.

Separately in the southwestern German city of Stuttgart, G7 agriculture ministers along with their Ukrainian counterpart met to discuss how to avert a looming war-triggered international food crisis .

Accusing Russia of stealing from Ukrainian farmers, Germany’s agriculture minister said it was “a particularly repugnant form of warfare that Russia is waging, in that it steals, steals, appropriate grain from eastern Ukraine”.

Russia invaded Ukraine on February 24, but Ukrainian forces managed to push Moscow’s forces back from kyiv, and the conflict is now well into its third month.

Western countries have supplied Ukraine with weapons, including artillery, anti-aircraft missiles, anti-tank weapons and other powerful equipment, but kyiv has pushed its allies for more support.

Le Drian also pointed to the global effects of what he called “sustained conflict…particularly in the area of ​​food security.”

German Foreign Minister Annalena Baerbock also underlined on Thursday the growing impact of the war on the poorest countries.

“As the strongest industrialized democracies, we have a special responsibility” to help poorer nations overcome food and energy shortages caused by war, he said.