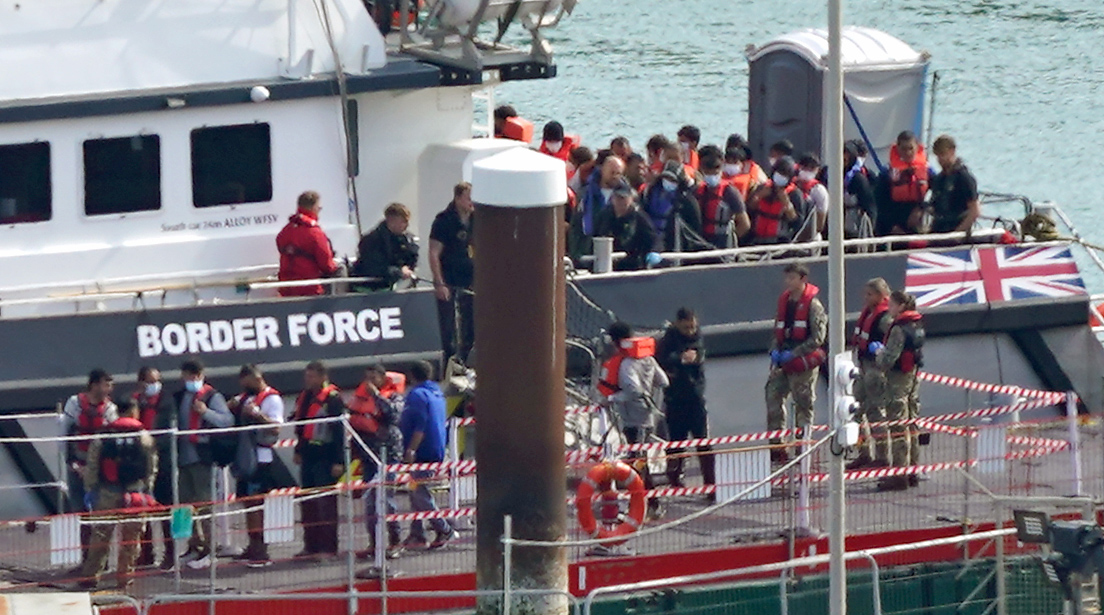 French police have arrested a gang of smugglers who were using small boats to take illegal immigrants across the English Channel to the UK.

The gang, based in Lille and led by Iraqi Kurds, was detected thanks to intelligence sharing between German, Dutch, Belgian and British authorities, police said on September 22.

Three Iraqi men and three French suspects were arrested on September 19 and later charged, according to the French news agency AFP.

The ring is believed to be behind 80 illegal Channel crossings over the summer, 50 of which were successful. Smugglers could earn around 80,000 euros ($78,000) for each successful trip.

Since the beginning of 2022, more than 30,000 illegal immigrants have crossed the Channel to reach the United Kingdom.

According to the UK Ministry of Defence, 21 boats were intercepted on September 22 carrying 1,150 people, bringing the total to have made the crossing so far this year to 31,665.

The number of arrivals this week has led officials to erect special tents in Dover, Kent, to protect illegal immigrants as they appear to overflow existing facilities while they are processed.

In April, then Home Secretary Priti Patel signed a deal with Rwanda that involved sending illegal immigrants who had crossed the English Channel to the African country.

The agreement was designed to deter those making the trip by sea, but 26,397 people have arrived by boat since it was signed.

The first deportation flight to Rwanda was stalled amid legal challenges in June, and the case is not expected to be decided in UK courts until October.

The way UK authorities have handled small boats crossing the English Channel has been widely criticised.

Two recent reports have criticized the Home Office for its ‘ineffective’ response to the Channel illegal immigration challenge. One said the Border Force’s approach to preventing travel was “ineffective and possibly counterproductive”, while the other said the initial processing of those who arrived was “ineffective and ineffective”.

Lily Zhou and PA Media contributed to this report.

Expectations, domestic politics behind difference in arms pressure between Germany and France – EURACTIV.com