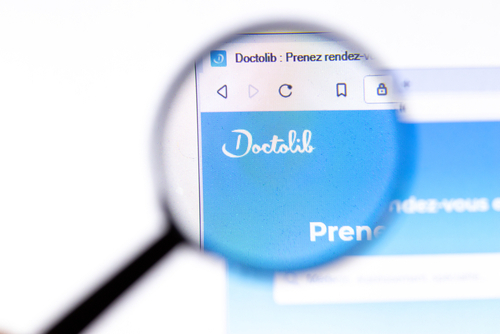 Online appointment platform Doctolib has confirmed that it will remove more than 5,700 “unconventional” doctors from its books over the next six months.

These will include “wellness” specialists, including naturopaths, sophrologists and hypnotherapists.

Doctolib has grown in popularity during the Covid pandemic as it has been used by millions of people to help book vaccination slots. However, it also offers appointment booking for a wide variety of medical services.

The platform sparked controversy two months ago when it emerged that it contained thousands of lists of “unconventional” doctors, some of whom reportedly need no medical certification or qualification to practice.

The controversy has mainly focused on naturopaths, some accusing them of being “charlatans”, one of them even offering “cures” consisting in particular of asking patients to “drink their own urine”.

These accusations included controversial figures like Irène Grosjean and Thierry Casasnovas. Both are online “influencers” with a large following, but their claims have been repeatedly discredited in the health world.

At the time, Doctolib said that it was not up to him to “decide” or take sides in the debates surrounding alternative medicine.

In a Tweet, it indicates that only “3% of its users practice a ‘well-being’ or ‘medico-social’ activity. Their activity is legal, but they are of course not health professionals. Appointments with these practitioners represent only 0.3% of appointments made with Doctolib.

He added: “Society is changing and… some patient associations promote access to complementary therapies. We consider that it is not the role of Doctolib to settle these debates.

Contrary to its previous position, Doctolib has now confirmed that it “will focus exclusively [on practitioners] with references from the authorities”.

In a statement, Doctolib President Stanislas Niox-Chateau said: “We have decided to focus exclusively on professionals with credentials from health authorities. 5,700 ‘wellness’ practitioners will no longer be able to use our services… They have six months to find another solution.

The practitioners concerned have been informed that their contracts will not be renewed.

Immediately after the August controversy, Doctolib suspended 17 profiles in order to “strengthen its verification procedures”, and above all prevented practitioners from being able to make an appointment before having received their diplomas or authorization to practice.

After “six weeks of consultations”, the platform said it saw no choice but to ban practitioners from its site. He declined the option of banning only naturopaths.

Mr Noix-Chateau said the platform was considering other options, but had dismissed the suggestion of creating a second booking site for these “wellness” specialists.

He said: ‘Wellness activities have their place, but they are unregulated and there is no way to check their level of qualification.

He said he could not let this group risk the reputation of Doctolib, held to the “legitimate expectations” of health professionals, who constitute the bulk of its clientele in France.

It has listings for over 170,000 doctors, dentists, nurses, midwives, psychologists and osteopaths, who use it for appointment scheduling and teleconsultations.