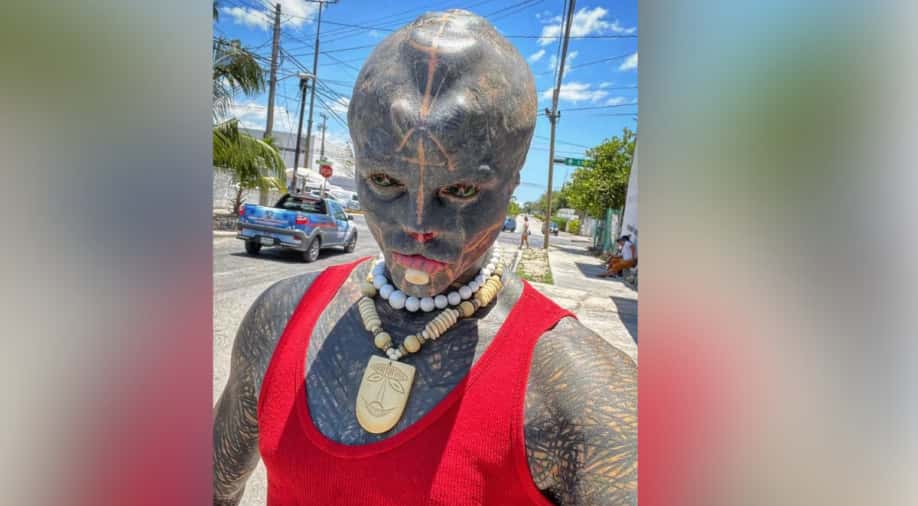 A Frenchman who turned into an alien and calls himself “Black Alien” is now struggling to find a job. He says he struggles to make a living because people judge him based on his looks.

Anthony Loffredo is covered in dark tattoos, including his eyeballs. Other than that, he has undergone a massive body transformation, like splitting his tongue to give him a forked appearance, to look more like a fictionalized version of the aliens that are depicted in pop culture. He also had both fingers amputated to make his left hand look like a claw.

Loffredo began experimenting with her look when she was 27. And in seven years, he managed to amass 1.2 million followers on Instagram.

But despite a massive following on social media, Loffredo in real life faces a lot of stigma due to his “strange” appearance.

He recently opened up about the struggles of the Club 113 podcast. Indy100, an independent outlet, quoted him as saying, “I can’t find a job, there’s a lot of negative stuff. It could be positive because you feel better, but you should know that there is also a dark side.

He also talked about the reactions of people when he meets them on the street and sometimes the difficulty in dealing with them.

It’s an everyday fight, because every day you find new people who don’t understand, who want to judge. That’s life, not everyone understands everything. Like me, I don’t understand many things about many people. You can’t judge someone, nobody knows what’s on someone’s mind, why they’re doing this, you have to speak with that person,” Loffredo said.

He claimed he was just a normal guy who wanted to be treated like a normal person.

“I’m a normal guy, I work, I have a family… I like to be looked at as a normal guy with a job, with a family, who has a friend, a girlfriend, all that. That’s what makes me normal,” Loffredo said.

Dover set for more chaos as ‘critical incident’ is declared