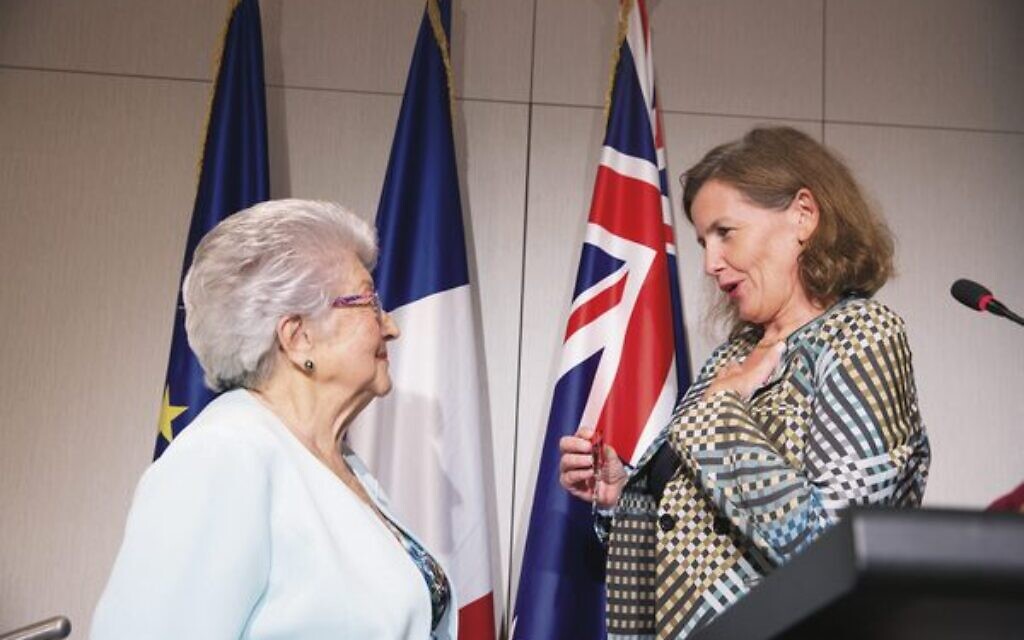 “Words cannot express what this honor means to me and my family – I am deeply honoured,” said 91-year-old Paris-born Holocaust survivor Jacqueline Dale (née Feldman) at the presentation of the French Legion of Honor during a special ceremony. at the Sydney Jewish Museum (SJM) on February 21.

In front of nearly 100 guests – including his children Irwin and Rina, his five grandchildren and most of his 10 great-grandchildren – Dale personally received France’s highest civilian honor from Anne Boillon, Consul General de France in Sydney, in recognition of his voluntary work in teaching about the Holocaust at the Jewish Museum of Sydney, for three decades.

“As we all know, it took a long time for France to accept its responsibilities in the Holocaust…for its treatment of Jews during the occupation,” Boillon said.

« Jacqueline’s testimonials every week [at the SJM] to young Australian audiences, dark pages of our national history, are invaluable, as she is a committed witness to speak on behalf of the 1.5 million children who have never had the chance to survive.

Dale was born in Paris in 1931, but her happy early childhood ended when war broke out.

Although he served in the French Foreign Legion in North Africa, his father Icek was arrested shortly after his return to France, deported to the Pithiviers internment camp, and then sent to Auschwitz where he was murdered.

The museum has one of two wooden boats that Icek hand-carved for his children while he was a prisoner in Pithiviers.

After fleeing to a free region of France with his mother Pessa, Dale and his younger brother Charles were hidden in a Catholic orphanage from 1943 until the liberation.

All eventually settled in Australia.

At the ceremony, Dale spoke of the horrors she experienced during the war, but also of the “deep gratitude” she had for a school friend, a complete stranger and a member of the French Resistance, who at different times saved his life by their actions. .

New SJM CEO Kevin Sumption said: “We are all very proud of you Jacqueline, and I hope you continue to share your incredible story with all of us at the museum and with students in schools across Sydney.

The museum also held an event last week in memory of Lotte Weiss, an Auschwitz survivor who in Sydney became an inspirational speaker, promoting acceptance and opportunity for the marginalized.