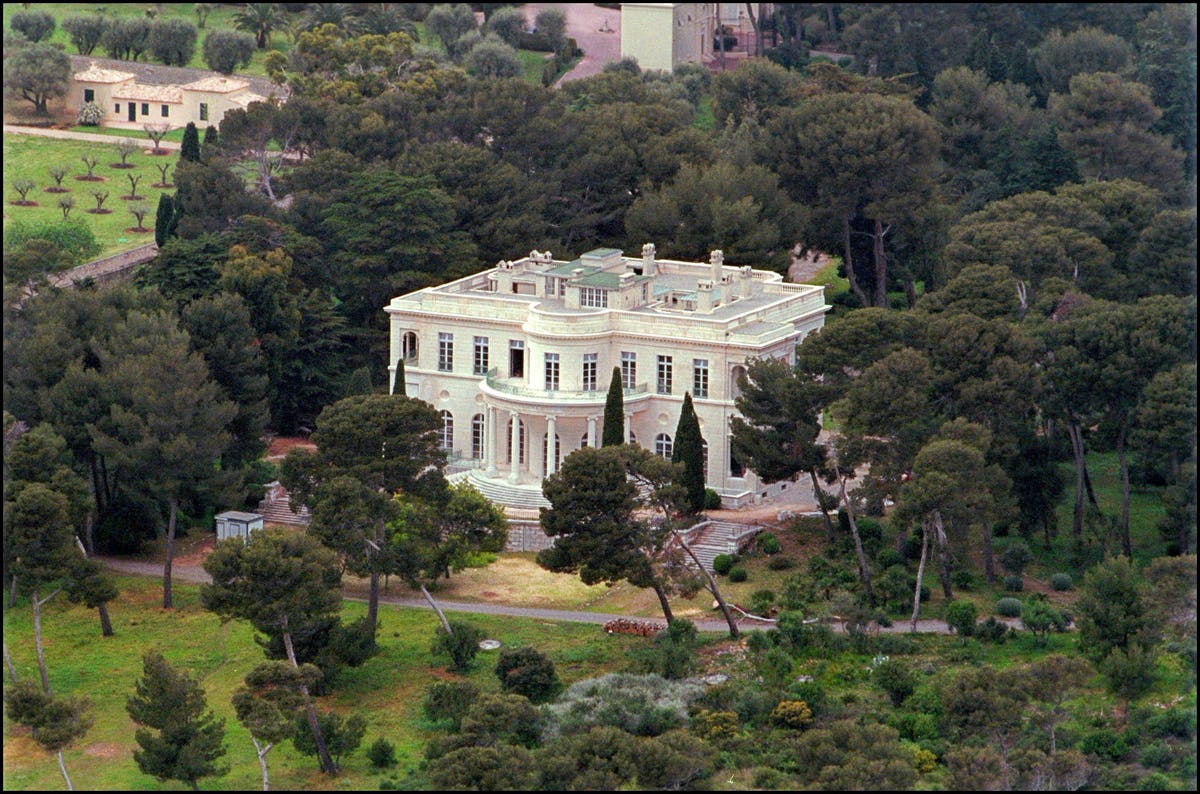 The frozen properties, worth nearly $1 billion, include Roman Abramovich’s castle on the French Riviera and his estate in St. Barths.

On Wednesday, the French authorities published a list of 41 properties owned by sanctioned Russian individuals which had been frozen since Russia’s invasion of Ukraine, worth nearly $620 million. Forbes found that 31 of these properties are owned by eight sanctioned Russian billionaires, including Roman Abramovich’s $250 million Château de la Croë in Antibes on the French Riviera and his $90 million estate on the luxury Caribbean island of St. Barts.

Many of these luxury homes were already known to be owned by sanctioned oligarchs, but some had previously gone unreported. According to French land and corporate records, steel magnate Viktor Rashnikov owns several apartments at 24 avenue Gabriel in central Paris, opposite the French presidential residence at the Élysée Palace. Abramovich’s ex-wife, Irina, owns property in the same building, but hers was not among the frozen properties. Another sanctioned billionaire, Alexei Kuzmichev, owns several apartments on Rue de Solferino, along the Seine and across the river from the Tuileries Gardens.

Most frozen properties are owned by French companies named civil real estate companies, or SCI, a type of company incorporated solely to own real estate. Aside from Parisian apartments, Abramovich’s estate in St. Barths and a hotel in the alpine ski town of Meribel owned by oil and gas tycoon Gennady Timchenko, all the other luxury homes are on the Côte d’Azur. ‘Azure. Several, including Abramovich’s Château de la Croë, are on part of the coast at Antibes known as Billionaires Bay– an appropriate name, given the number of Russian billionaires who own real estate there.

Here are the French properties owned by sanctioned Russian billionaires that have been frozen:

Abramovich owns the 32,000 square foot Château de la Croë in Cap d’Antibes on the French Riviera, an estate built on over 17 acres of land with 12 bedrooms and a swan bath, formerly owned by King Edward VIII of Great Britain. Three addresses linked to the castle have been placed on the list of frozen properties.

On the French Caribbean island of St. Barths, Abramovich owns the 70-acre Gouverneur estate on Governor Beach, which includes Balinese bungalows and several tennis courts and pools. He may also own other properties in Saint-Barth. A property called Le Lurin has also been frozen by French authorities. A local source said Forbes that Abramovich has another house near the port of Gustavia, the capital, a short drive from Gouverneur. The source said the property appears to have been abandoned amid construction.

Kuzmichev owns the villa La Petite Ourse in the exclusive seaside town of Saint-Tropez on the French Riviera. He owns the villa, which was reportedly bought for $57 million—through SCI Le Cèdre Rouge, according to French company registers. The house shares a name with two of Kuzmichev’s yachts, the 79ft Ursa Minor and the 54 feet The Little Dipper II– which were frozen by French authorities on March 16 and 21, respectively.

Forbes found that Kuzmichev also owned three properties in a large residential building at 2 and 4 rue de Solférino and 9 and 11 quai Anatole in central Paris, all of which have been frozen by French authorities. It holds them through four SCIs according to French registers: RCS Holding 1, RCS Holding 2, RCS Holding 3 and QAF RDS Holding.

In a statement, a spokesman for Melnichenko called the EU sanctions against him “absurd and senseless” and added that they would be challenged.

Moshkovich owns a villa on almost 10 acres of land at 56 Boulevard Princesse Grace de Monaco in Nice on the French Riviera, which he reportedly purchased for $3.6 million in 1998. He owns the now frozen home through Prosperite SCI, according to French company records.

Ponomarenko owns two large villas on 170,000 square feet of land at 8 Chemin de St Hospice in Saint-Jean-Cap-Ferrat on the French Riviera. In 2015, he sold them to a French company named SCI La Chabanne Project, according to a Russian media investigation IStories. Ponomarenko’s partner, Natalia Rozhkova, owns 95% of the SCI La Chabanne project and Ponomarenko is a director of the company, according to French records. A spokesperson for Ponomarenko said IStories in October 2021 that he acquired the property for approximately $134 million in 2008.

Built in the 1890s, the Belle Époque villa has a swimming pool and crystal chandeliers and has had notable residents: it was occupied by the Gestapo during the Nazi occupation of France in the 1940s and was praised by Keith Richards of the Rolling Stones in 1971.

Forbes found that Rashnikov also owned three properties at 24 avenue Gabriel in central Paris, all of which have been frozen by French authorities. He owns the apartments, located just opposite the Elysee Palace – currently occupied by French President Emmanuel Macron – through SCI Parc Gabriel, according to French company records. Abramovich’s ex-wife, Irina Malandina, owns an apartment in the same building worth $17.5 million, according to the Organized Crime and Corruption Project. Russian Asset Tracker projectwho Forbes take part in.

Vladimir Putin’s childhood friend and former judo training partner Arkady Rotenberg owns Villa Shoshana, a 97,000 square foot estate in Saint-Jean-Cap-Ferrat on the French Riviera. He owns the property through SCI Villa Shoshana and the Luxembourg company Lucasnel SA, according to Luxembourg and French registers. He bought the property for $47 million in 2014.

Elena, Timchenko’s wife, who was sanctioned by the EU on April 8— owns two properties on Avenue du Cap Nègre in Le Lavandou on the Côte d’Azur. She owns the houses through her 55% stake in Luxembourg-based Coeur de Cavaliere SA, according to the Luxembourg companies register. Timchenko’s daughter, Ksenia Frank-Timchenko, owns a French company named Arles which owns two other properties at Avenue du Cap Nègre, both of which are also frozen.

Elena and Ksenia’s houses are opposite the Club de Cavalière, a 5-star hotel and spa with its own private beach which Elena owns through her 61.9% stake in French company Sogeco, according to French company records. Sogeco also owns Le Grand Coeur, a 4-star hotel and spa in the alpine ski resort of Méribel. Both hotels have been included in the list of frozen properties.

Macron refuses to call Russia’s war in Ukraine a ‘genocide’

Turkey’s neutrality on Ukraine is expensive