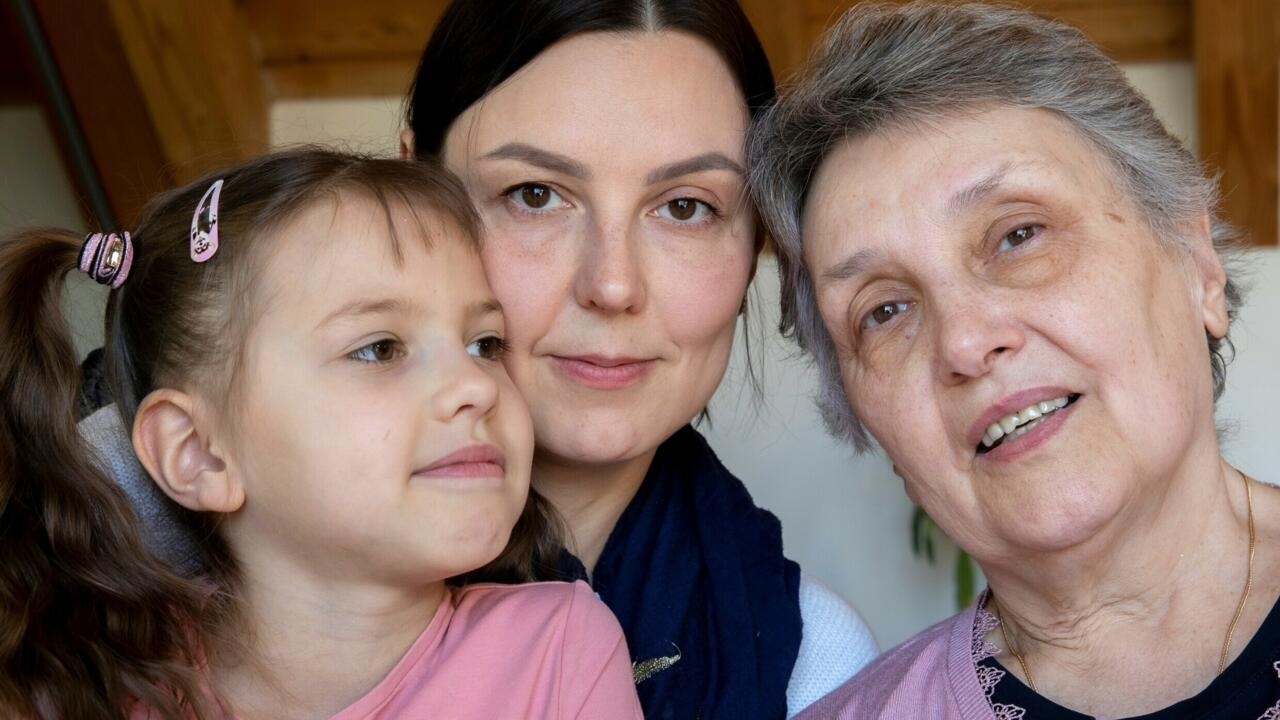 Far from the bombs, Ukrainians settle in a German city

Kronberg (Germany) (AFP) – When Katrin Bilger heard about Russia’s invasion of Ukraine, her nine-year-old daughter and 10-year-old son found her crying at the breakfast table.

“They understood that it was something very serious,” said Bilger, 37, a single mother who lives in the German town of Kronberg, near Frankfurt.

“And then pretty quickly the three of us realized that we were going to help in any way we could,” she said.

The family opened their home to Tanja Bila, 40, her mother Svetlana and daughter Anastasia, seven, Ukrainian refugees who had fled the Russian invasion of their country.

“When the bombings started, it was scary, we didn’t sleep all night. We realized that we had to leave. Leave everything and go,” says Svetlana, 69.

Many of the more than three million people who have fled Ukraine have sought refuge in neighboring Poland.

But some chose to head west.

And many of those who landed in Germany found themselves cared for by German families like Bilger’s, who opened their homes to help Europe’s biggest economy cope with a massive influx.

So far, nearly 240,000 Ukrainians have registered with the authorities, but the real number could be much higher since there are no official controls at Germany’s European borders.

The German government expects eventually up to one million Ukrainians.

According to the authorities, about two out of three refugees who have arrived so far are staying with private individuals.

Kronberg, a town of around 18,000 in the suburban belt of Frankfurt, has set up accommodation for 400 people, of whom around 80 others are staying privately.

On a recent Saturday, Tanja, her mother and daughter prepared a traditional Ukrainian lunch of soup and dumplings for the two families to enjoy together.

After lunch, the mothers and their children played together around a low table before taking the family dog ​​for a walk in the cobbled streets of the city.

Little Anastasia has already enrolled in a local school and started German lessons.

But Tanja, also a single mother and financial specialist for a German company in kyiv, is unsure of what the future holds.

“Will our house be safe? Will it be bombed so that we have no place to return to? Maybe we should live here and learn the German language and start a new life in a new place? I do not know. Now we have no idea,” she said.

Kronberg regularly organizes rallies in the city center to inform residents of the situation and recruit volunteers.

“We will try to create as many additional places as possible. I think we will definitely manage 50 to 100 and then we will have to see,” the city’s mayor, Christoph Koenig, told AFP.

The city has also set up a donation center where residents can donate food, clothing and medicine.

In one room, shelves upon shelves are filled with folded clothes and shoes, while a clothes rail in the center has been reserved for children’s jackets.

Tanja has been to the donation center several times to help with translation and to pick up clothes for her own family.

“We went here with winter clothes and we have nothing to wear when it’s warmer,” she said.

Volunteer Mariana, wearing a blue and yellow ribbon pinned to her coat, was born in Ukraine but has lived in Kronberg for 20 years.

“This terrible war brings people together… It’s great that this great disaster brings us together, that’s how it should be,” she said.