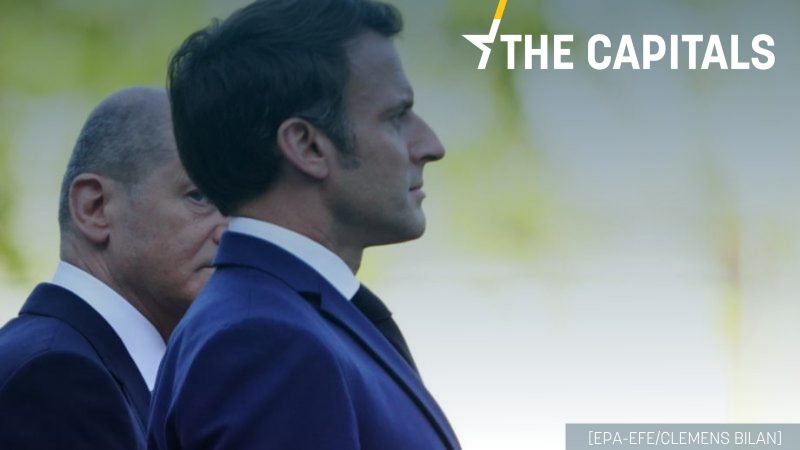 Expectations, domestic politics behind difference in arms pressure between Germany and France – EURACTIV.com

The Capitals brings you the latest news from across Europe with on-the-ground reporting by EURACTIV’s media network. You can subscribe to the newsletter here.

European news you deserve to read. welcome to Capitals by EURACTIV.

How should the ECB manage inflation? By boosting a clean energy transition.

As the European Central Bank strives to control inflation and the European Union strives to reduce its dependence on Russian gas, Reclaim Finance launches a new report analyzing climate-related inflations and providing recommendations to the ECB to achieve price stability by supporting the EU’s own energy transition.

In today’s news from the capitals:

Hello from Berlin and Paris

As pressure on the German government mounts to increase its military support and deliver modern tanks to Ukraine, neighboring France has gone largely unchallenged for its own hesitation.

Differences in domestic political pressure aside, the fact that pundits and politicians turn a blind eye to France despite its relatively lackluster support has less to do with the Parisian administration than with Berlin’s recent foreign policy reversal. Read more.

A series of sexual violence scandals broke out within the French left. A series of recent revelations against left-leaning MPs from different parties raise concerns about a lack of proper frameworks to handle complaints, campaigners say, as disagreements over how to move forward between political leaders grow. Read more.

First nuclear reactor shut down in Belgium. According to Belgium’s nuclear phase-out law, the Doel 3 nuclear reactor will cease to operate on Friday after 40 years of activity. Read more.

Finland is seeking a national solution to limit Russian tourist visas. With no bloc-wide solution on Russian visas in sight, Finland will independently in interpret the EU and Schengen agreements to develop its own following the increase in border crossings caused by Announcement by Russian President Vladimir Putin on the partial mobilization. Read more.

The return of fracking as the UK seeks short-term alternatives for gas supply. Fracking for gas will be part of the UK’s short-term response to the energy crisis caused by Russia’s invasion of Ukraine, ministers announced on Thursday. Read more.

Spain plans to tax the wealthy in 2023 as part of a “tax battle”. The government is working on a temporary tax on large fortunes which will be implemented from January 2023, Spanish Finance Minister María Jesús Montero (PSOE/S&D) announced on Thursday, after the centre-right opposition Partido Popular (PP/PPE) have launched a series of tax cuts in the regions they govern. Read more.

The Portuguese government still believes that France can be convinced of the gas link. The government believes it might still be possible to convince France to allow interconnections from the Iberian Peninsula to supply gas, then hydrogen, to Europe, but is also studying an alternative connection via Italy. Read more.

New laws open door to Slovak nationalization of gas and electricity. Other measures will allow the government to nationalize energy produced by companies and declare a state of emergency in the event of shortages, unaffordable increases or threatened security. Read more.

Russians in Poland demonstrate against mobilization. Representatives of the Russian national minority in Poland protested Russian President Vladimir Putin’s announcement of a partial mobilization in connection with the invasion of Ukraine. Read more.

Russian deserters will not get Czech visas. Russians who leave their country for fear of being mobilized do not qualify for a humanitarian visa in the Czech Republic, Foreign Minister Jan Lipavský said on Thursday. Read more.

Albania closes two schools allegedly linked to Erdogan’s Gulenist enemies. The Albanian government closed a school and kindergarten in Tirana this week believed to be linked to opponents of Turkish President Recep Tayyip Erdogan, leading the institutions’ leadership to accuse the decisions of being politically motivated. Read more.

Bulgarians see high prices as more dangerous than the war in Ukraine. Bulgarians believe excessive price increases are a more tangible danger than an escalating war in Ukraine, according to a Gallup International poll released on Tuesday. Read more.

Referendums in areas occupied by Ukraine are “unacceptable”, according to Romanian FM. Russia’s decision to support the organization of so-called referendums to annex territories occupied by its armed forces in Ukraine is completely unacceptable, Romanian Foreign Minister Bogdan Aurescu said at the meeting of the Security Council of the UN on Ukraine. Read more.

The Croatian president decides to dismiss the head of military intelligence. A procedure for the dismissal of Major General Ivica Kinder, head of the military intelligence service of the country VSOA, was launched on Thursday by Croatian President Zoran Milanović due to what the media described as embezzlement by members of VSOA. Read more.

The Slovenian opposition is again trying to oust the minister. The conservative opposition Slovenian Democrats (SDS) tabled a motion of no confidence in Social Democratic Foreign Minister Tanja Fajon on Thursday, just two days after Interior Minister Tatjana Bobnar became the first member government to face a vote of no confidence. Read more.