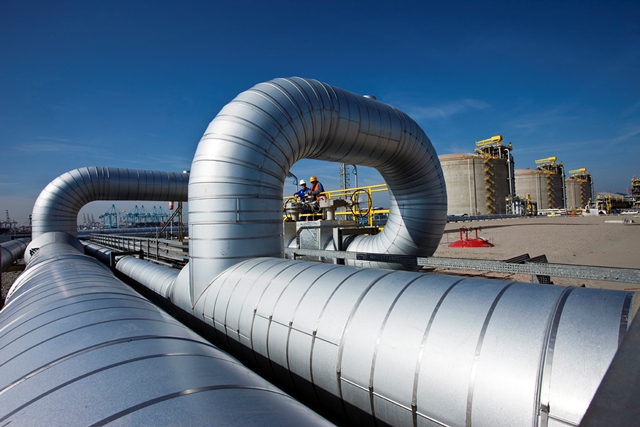 (Bloomberg) – The European Union is considering allowing certain natural gas and nuclear energy projects to be classified as sustainable investments in a proposal that drew immediate criticism from the Greens.

The European Commission wants to give a temporary green label to gas projects that replace coal and emit no more than 270 grams of carbon dioxide equivalent per kilowatt hour, according to a draft regulation seen by Bloomberg News. These plants are expected to obtain building permits before the end of 2030 and have plans to switch to renewable or low-carbon gas by the end of 2035.

Nuclear power could be classified as sustainable as long as new plants that get building permits by 2045 meet a set of criteria to avoid significant damage to the environment and water resources, according to the project, sent. Friday to EU national governments for consideration.

“The Commission considers that natural gas and nuclear have a role to play in facilitating the transition to a future mainly based on renewable energies,” the EU executive said in a statement on Saturday.

The design of the EU’s investment classification system, known as the taxonomy, is closely watched by investors around the world and could potentially attract billions of euros in private funding to help the green transition. The challenge is to ensure that the nuclear and gas decision receives political support, while avoiding the risk of greenwashing or overstating the importance of emission reductions.

Europe wants to achieve carbon neutrality by the middle of the century as part of the Green Deal, a major overhaul that aims to accelerate pollution reduction in all areas, from energy production to transport.

However, for some lawmakers, investors and activists, classifying gas or nuclear projects as green would undermine all of the rules for sustainable investment.

â€œIncluding nuclear energy and gas in the EU taxonomy is like labeling a caged egg as organic,â€ said Michael Bloss, German member of the Green Group in the European Parliament. “Instead of funneling money into investments in the solar and wind industries, old and extremely expensive business models can now be pursued under false pretenses.”

The taxonomy aims to guide investors towards own projects. The decision whether or not to include gas and nuclear power was delayed in April following criticism that such an addition could undermine the credibility of the system.

Giving a temporary green label to certain gas projects gas projects could facilitate investments in the remediation of coal heating systems in countries like Poland. This is an argument often made by politicians in Eastern Europe.

The inclusion of some nuclear energy projects would help attract private funding to countries from France to the Czech Republic, which plan to rely on atomic energy in their transition to net zero emissions.

The Commission is also considering ensuring a high degree of transparency for investors regarding gas and nuclear energy, by introducing specific disclosure obligations for non-financial and financial companies.

Member States and the Sustainable Finance Platform have until January 12 to provide comments. Committees will then adopt the delegated act later this month. In the next step, it will be sent to EU countries and the European Parliament for review.