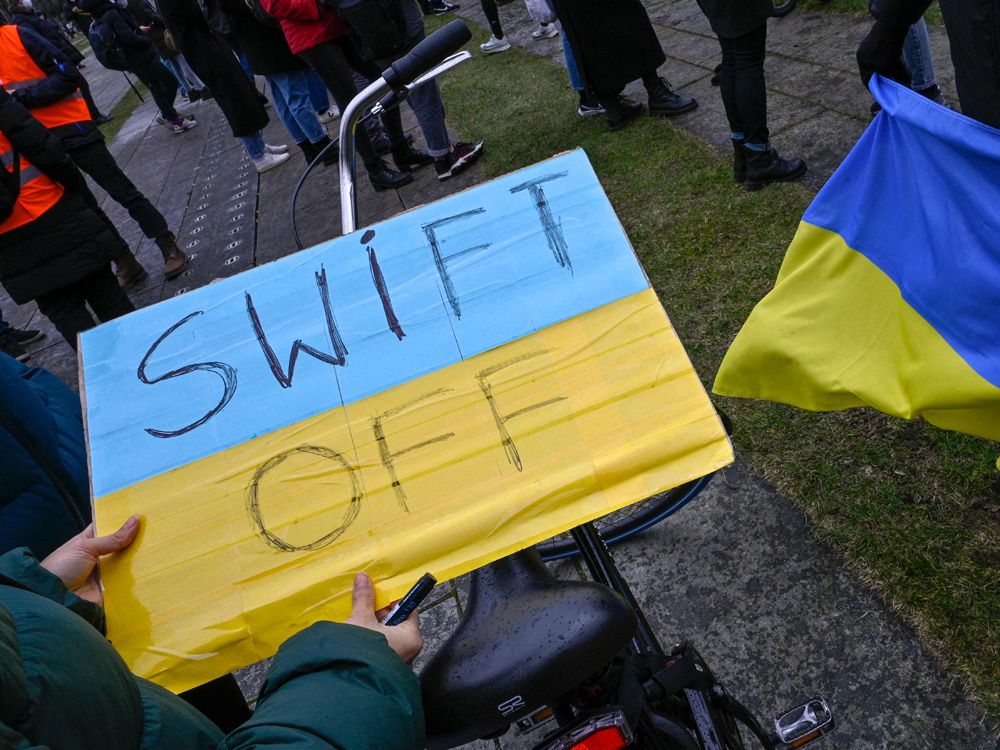 “Swift is the financial nuclear weapon”

Author of the article:

PARIS — The European Union will soon analyze the consequences of Russia’s cut off from the SWIFT international payments system before deciding whether or not to use this “financial nuclear weapon”, the French finance minister said on Friday.

Following Moscow’s invasion of Ukraine, EU countries have already decided on a set of sanctions that would cover 70% of the Russian banking market.

However, some countries are reluctant to go further by cutting off Russia’s access to the SWIFT interbank money transfer network, fearing how payments for Russian energy imports would be made and whether EU creditors would be paid. .

Therefore, EU finance ministers meeting in Paris have asked the European Central Bank and the European Commission to produce an analysis “in the next few hours” on the consequences of such action, said the French minister. Finance Bruno Le Maire.

“When you have a nuclear weapon in your hands, you think before using it, some member states have reservations, France is not one of them,” he added.

A German government spokesman said earlier on Friday that Russia’s expulsion from SWIFT would be technically difficult to organize and would have a massive impact on transactions for Germany and German companies in Russia.

Later at the meeting in Paris, German Finance Minister Christian Lindner said: “We are open, but you have to know what you are doing.”

Ukrainian Foreign Minister Dmytro Kuleba on Friday urged US Secretary of State Antony Blinken to use all of Washington’s clout to sway hesitant European countries, he said on Twitter on Friday.

“All options are on the table given the potentially far-reaching implications of cutting Russia off from SWIFT,” European Commission Vice President Valdis Dombrovskis told the finance ministers’ meeting.

“This option must also be presented to Member States with an assessment of the exact implications so that they can make an informed decision,” he added.