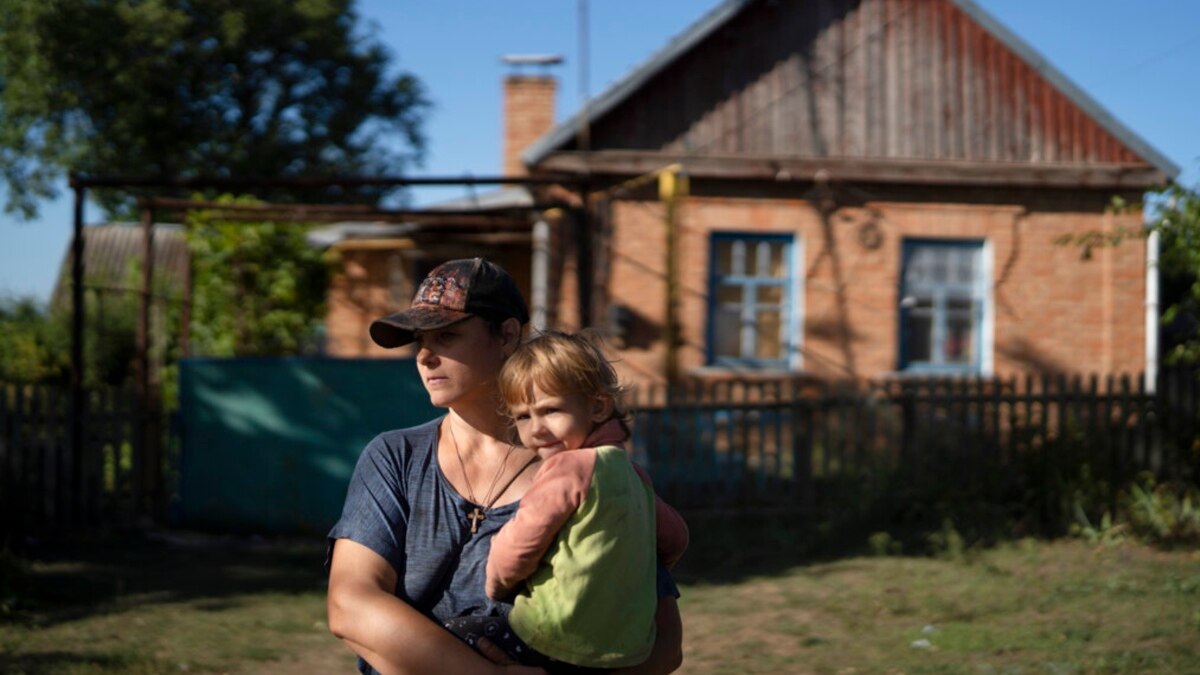 In an interview with the BBC, which aired on Sunday, Ukraine’s first lady noted that Russia’s invasion of Ukraine had driven up energy prices across Europe, but was accompanied an additional price for his homeland.

Olena Zelenskyy told Laura Kuenssberg: “I understand that the situation is very difficult. . . Prices are also rising in Ukraine. But on top of that our people are getting killed. …So when you start counting pennies in your bank account or in your pocket, we do the same and count our victims.

The UK Ministry of Defense said in a Twitter intelligence update on Sunday that “Russian forces continue to suffer from morale and discipline issues in Ukraine. In addition to combat fatigue and high casualties, one of the main grievances of deployed Russian soldiers likely continues to be problems with their pay.

The ministry statement said that “In the Russian military, the income of troops consists of a modest basic salary, augmented by a complex variety of bonuses and allowances. In Ukraine, there have most likely been significant issues with large combat bonuses not being paid. This is likely due to an inefficient military bureaucracy, the unusual legal status of the “Special Military Operation”, and at least some outright corruption among commanders.

“The Russian military has consistently failed to provide basic rights to troops deployed in Ukraine, including proper uniform, weapons and rations, as well as pay,” according to the British ministry. “It almost certainly helped sustain the fragile morale of much of the force.”

On Saturday, a top European Union leader said amid the escalating energy battle between Russia and the West over the war in Ukraine that Europe was “well prepared” – thanks to the ability storage facilities and energy-saving measures – if Russia decides to stop all gas supplies.

“We are well prepared to resist the extreme use of the gas weapon by Russia,” EU Economics Commissioner Paolo Gentiloni told reporters on the sidelines of an economic forum in Italy. “We are not afraid of Putin’s decisions, we ask the Russians to respect the contracts, but if they don’t, we are ready to react.”

Gentiloni’s remarks follow Moscow’s decision on Friday to delay the reopening of its main gas pipeline to Germany. Russia was reacting to the Group of Seven countries’ agreement to cap the price of Russian oil exports, limiting Moscow’s profits.

Gentiloni said gas storage in the European Union “currently stands at around 80%, thanks to the diversification of supplies”, although the situation varies in each country.

Russian energy giant Gazprom said it could not resume natural gas supplies from Germany, just hours before resuming deliveries through the Nord Stream 1 pipeline. Russia blamed a technical fault in the pipeline for this decision, which risks aggravating the energy crisis in Europe.

European Commission spokesman Eric Mamer said on Twitter on Friday that Gazprom had acted under “false pretexts” to shut down the pipeline.

Turbine maker Siemens Energy, which supplies and maintains some of the pipeline’s equipment, said Friday there was no technical reason to stop shipping natural gas.

On Friday, G-7 finance ministers said they would work quickly to put in place a price cap on Russian oil exports.

G-7 ministers from Britain, Canada, France, Germany, Italy, Japan and the United States said the amount of the price cap would be determined later” based on a range of technical inputs”.

“This price cap on Russian oil exports is designed to reduce Putin’s income, thereby shutting down an important source of funding for the war of aggression,” German Finance Minister Christian Lindner said.

“When this mechanism is implemented, it will become an important part of protecting civilized countries and energy markets from Russian hybrid aggression,” Zelenskyy said in his Friday night video address.

Ukraine’s military said on Friday it had carried out strikes against a Russian base in the southern town of Enerhodar, near the nuclear power plant.

Russia and Ukraine accuse each other of bombing near the facility. Kyiv also accuses Moscow of stockpiling munitions around the plant and using the facility as a shield to carry out attacks, Russia accuses.

Inspectors from the International Atomic Energy Agency visited the Zaporizhzhia plant this week, after braving artillery blasts to reach the facility on Thursday.

IAEA chief Rafael Mariano Grossi said he and his team had seen everything they asked to see at the factory, hadn’t been surprised by anything and would issue a report early next week on his findings.

Grossi, who left Ukraine, spoke to reporters after arriving at Vienna airport on Friday. He said: “My concern would be physical integrity – would be the power supply and of course the staff” in Zaporizhzhia.

A team of 13 experts accompanied Grossi to Ukraine, and he said six remained in Zaporizhzhia. Of those six, two will stay until the end of hostilities, which Grossi says will make a huge difference.

“If something happens or a limitation occurs, they’re going to report it – report it to us,” Grossi said. “It’s no longer a question of ‘A said this, and B said the opposite.’ Now the IAEA is here.”

On Friday, Ukraine’s nuclear agency, Energoatom, accused Russia of “doing everything possible” to prevent the IAEA mission from learning about the true situation at the facility.

The Zaporizhzhia plant has been controlled by Russia since the early days of its invasion but remains operated by Ukrainian engineers.

With the nuclear plant in a war zone, world leaders have expressed fears that it could be damaged and lead to a radioactive disaster like that of Ukraine’s Chernobyl plant in 1986.

Ukrainian grain shipments continue. The Joint Coordination Center said on Saturday it cleared two outgoing ships to move on Sunday. The vessels carry a total of 14,250 metric tons of grain and other food products to Turkey.

Ten other ships that were due to travel earlier but were delayed by bad weather are also expected to leave Ukrainian ports on Sunday for destinations in Africa, Asia and Europe.

Margaret Besheer, VOA correspondent at the UN, contributed to this report.

Some information for this story comes from The Associated Press, Agence France-Presse and Reuters.

Real estate in the UAE set to gain momentum – News