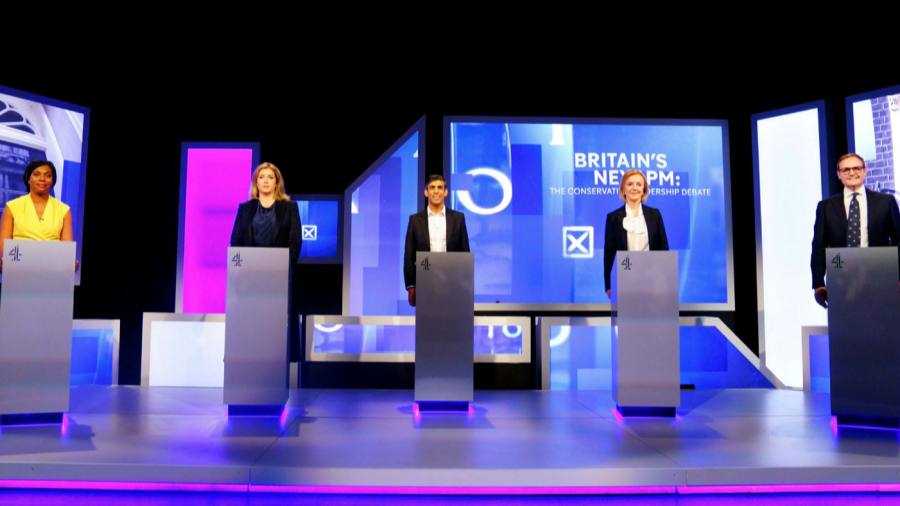 This article is an on-site version of our The Week Ahead newsletter. Register here to receive the newsletter directly in your inbox every Sunday

Hello and welcome to the working week.

July 2022 has become the month of unexpected plebiscites. First there’s the jaw-dropping: Britain’s ruling Conservative Party allowed a vote of confidence in itself on Monday. This ‘side show’, as the FT parliamentary team dubbed it last week, which is sure to be won by the ruling party, is best seen as an effort to instill unity among Tory MPs after the implosion tumultuous Prime Ministerial post of Boris Johnson.

Which brings us to ‘Super Monday’, a series of scrambles and another vote to further whittle the field of Tory MP hopefuls seeking to be the new leader – and therefore prime minister – after this weekend’s televised debates . You can follow the events via this FT page.

Once they reach the final pair, expected on Wednesday before the summer parliamentary recess, the party’s national members will secure the final vote, allowing a new leader to be in place by September 5. Get ready for a summer of good humor and media appearances, and no doubt leaks and libel stories, from the two rival sides in what has already been a highly competitive contest.

In Sri Lanka, parliamentarians will elect a new president on Wednesday to replace Gotabaya Rajapaksa, who fled the country after protesters stormed his palace before stepping down last week. Whether that will assuage anger over food shortages and runaway inflation remains to be seen.

There is an election scheduled for this week. India’s parliament will decide the country’s new president. The winner – due to be announced on Wednesday – is expected to be veteran politician Draupadi Murmu as she enjoys the backing of Prime Minister Narendra Modi’s Bharatiya Janata party. But maybe that will be another unexpected election story.

Back in the UK, and back to the regular diary of July events, Nadhim Zahawi will address city dignitaries with the Chancellor’s Mansion House annual address. Zahawi has only been chancellor for a few days and may not be long in his role once his party’s new leader is chosen, but he is expected to grab headlines as he unveils a relaxation of city regulations for facilitate and accelerate fundraising by companies. money in the Square Mile.

Speaking of expected things, the British summer of discontent hangs in the air like the country’s sweltering temperatures. Lawyers, postal managers and brewery workers are all planning walkouts this week.

Finally, there will be the return of an event that hasn’t happened “in person” since the 2020 pandemic shutdowns: the Farnborough Airshow. Exceptionally, for an international gathering of aerospace executives, the organizers decided to announce the return of the event on the side of a bus. Hopefully that doesn’t mean the overhead screens will instead be that very British transport solution, the replacement bus service.

Thanks again for your comments and suggestions. Please continue to send them to [email protected] or click reply to this email.

The two i’s — inflation and interest rates — will be back in the public eye, with attention focused on the meeting of the European Central Bank’s monetary policy committee.

The week will end with another adjustment of international comparators with the PMI data reports.

We are in the thick of the current earnings season with the rest of the great American banking pack, as well as an assortment of technology, media, automotive and healthcare companies.

Also, Monday, share Haleon are set to begin trading on the London Stock Exchange, completing the spin-off of consumer healthcare companies from GSK, with the parent company’s blessing. Haleon, whose brands will include Sensodyne toothpaste and painkillers Advil and Panadol, is expected to seek a valuation of up to £45bn.

Here’s a more comprehensive list of what to expect in terms of corporate reports and economic data this week.

Finally, here’s a look at some of the other events and milestones from this week.

The road to healing — The impact of Covid on the global economy, markets and businesses. Register here

Adding a French twist to the classic Australiana