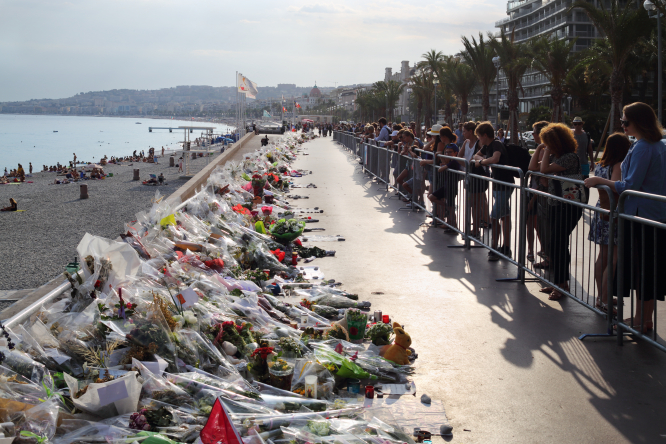 The trial of eight suspects in connection with the July 14 attack in Nice opens on September 5, six years after a terrorist drove a truck into a crowd, killing 86 people and injuring more than 450.

Accused of aiding the attacker

The city was celebrating the July 14 national holiday in 2016 when a 19-ton refrigerated truck hit pedestrians on the busy Promenade des Anglais.

The attacker, Mohamed Lahouaiej-Bouhlel, 31, a Tunisian living in Nice, was shot dead by police at the scene.

The defendants are accused either of having links with the aggressor, or of being involved in arms trafficking which allowed him to obtain the pistol used during his rampage.

An important trial for the victims

Delphine Courtonne, deputy director of the Montjoye association for victims’ aid, said: “Many victims told us that it was important for them to be able to attend, to hear about the police investigation, and to tell their story, the repercussions the aggression had on their lives and their immediate surroundings.

“This is an important step in the reconstruction of the victims.”

The trial will take place at the Paris Court of Appeal in the same courtroom as the historic November 13 Paris attack trial that ended this year.

There will be at least 865 civil parties, and those who cannot be present will be able to follow the trial by internet radio on request, a first measure put in place for the Paris trial.

It will also be broadcast in two rooms of the Palais Acropolis convention center in Nice, one for civil parties and the other for journalists and the public.

The trial is expected to last at least two months.

Trial of the November 13 attacks in Paris: life but not for 130 dead

Career change in France: the Paris attack made me think about what I wanted