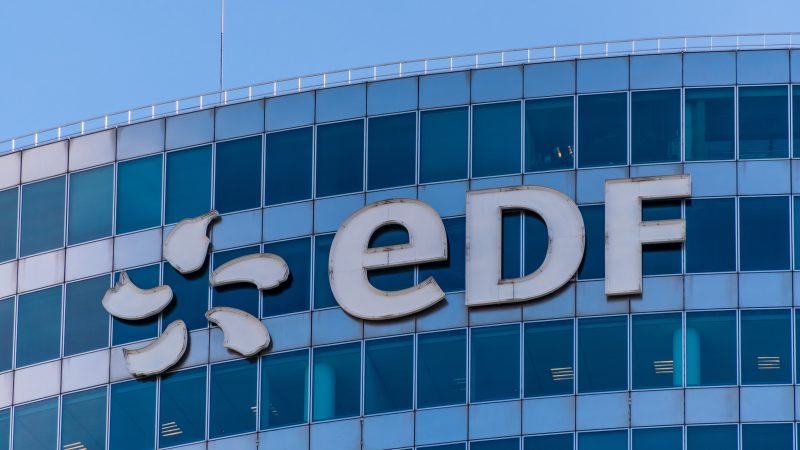 Soon to be 100% state-owned, Electricité de France (EDF) breathed a sigh of relief on Wednesday (July 6th) after EU lawmakers voted to include nuclear and gas in the taxonomy of sustainable finance of the EU by 328 votes to 278.

While French Prime Minister Elisabeth Borne announced the same day that the nuclear energy specialist would come under full state control as it continues to spiral into debt, the vote is still good news for the company besieged.

“We welcome this decision. It is in line with the international scientific consensus,” said Erkki Maillard, EDF’s first vice-president for European affairs, in a press release published after the vote.

“The inclusion of nuclear energy in the taxonomy will facilitate investment in existing and future assets,” Maillard added, saying the decision “provides fairer conditions for nuclear development” that will help the EU achieve its objective of climate neutrality in 2050.

Maillard continued that EDF will be vigilant in applying the text to ensure that all objectives are met as well as in adapting its sustainable investment framework to include activities eligible for the taxonomy.

This decision will help to clarify EDF’s outlook. In February, the electricity giant announced a capital increase of 3.16 billion euros, including 2.7 billion euros from the French state, in order to cope with the financial difficulties of the company and bear the cost of building new nuclear reactors estimated at 50 billion euros.

Just hours after the vote on the taxonomy, the French government announced that it would take over the entire company beyond the 84% stake it already owns.

Speaking to EURACTIV ahead of the vote, senior EDF officials said including nuclear in the taxonomy would help finance the company’s debt with “preferential rates” from lenders and the ability to subscribe to green bonds.

By contrast, a decision to exclude nuclear from the taxonomy would have sent a “very negative political signal” as the sector goes through a “renaissance”, said the officials, who spoke to EURACTIV on condition of anonymity.

Nuclear-dependent France has strongly backed the proposal, alongside pro-gas states like Poland. Opponents include anti-nuclear Germany and those like Denmark who say it is not credible to label CO2-emitting gas as climate-friendly.

Bas Eickhout, a green European lawmaker from the Netherlands, said the proposal was essentially aimed at supporting the French nuclear industry.

“It’s a pure political game of France. The criteria are written by France for France,” he said during a public debate in the European Parliament on Tuesday.

Dutch socialist MEP Paul Tang agreed with this, saying the inclusion of nuclear in the taxonomy “represents a fair gift for the interests of [French President] Emmanuel Macron and the French economy”.

Nuclear Europe, an industry association, praised MEPs after the vote, saying Parliament had made a “scientific decision” to include nuclear in the taxonomy.

The association said the taxonomy decision was key to securing private funding for Europe’s nuclear industry.

“The big issue for us with the taxonomy is that it will allow eligible companies to access bonds and funds that have a lower interest rate,” communications director Jessica Johnson said in February of Last year.

However, regardless of taxonomy, private investors are already turning away from gas and nuclear projects, said Thierry Bros, a Sciences Po Paris professor of energy, climate and economics.

EDF officials do not deny this, saying that funding for nuclear projects comes from a variety of sources, including company funding, some private players and public funds.

Still, they say adding nuclear to the taxonomy will help Europe’s efforts to phase out Russian gas and improve the continent’s “energy independence”.

This point of view is shared by the French, Bulgarian, Croatian, Finnish, Hungarian, Polish, Czech, Romanian, Slovak and Slovenian energy ministers, who co-signed a column published on July 4 in the French newspaper Les Echos.

The situation is all the more pressing as decarbonizing the economy by 2050 requires doubling the amount of electricity produced by nuclear power, estimates the International Energy Agency in a report published on June 30.

“The European Union was one of the last major institutions not to recognize the substantial contribution of nuclear energy in the fight against climate change,” Maillard noted, citing similar statements from the UN IPCC.

“This anomaly has now been corrected,” he said.

In December, EU Energy Commissioner Kadri Simson called for a “shift in investment” in nuclear power to extend the life of existing plants and maintain current production levels until 2050.

“Without immediate investments, around 90% of existing reactors would be shut down when they are most needed: in 2030,” she warned. “Extending their lifespan, safely, requires between 45 and 50 billion euros,” Simson noted.

“And to maintain approximately the same nuclear generation capacity as today, more than ten Member States are planning around 400 billion euros of investment for new installed capacity by 2050”, she said. added.

A Guide to Miami: Restaurants, Attractions and Where to Stay