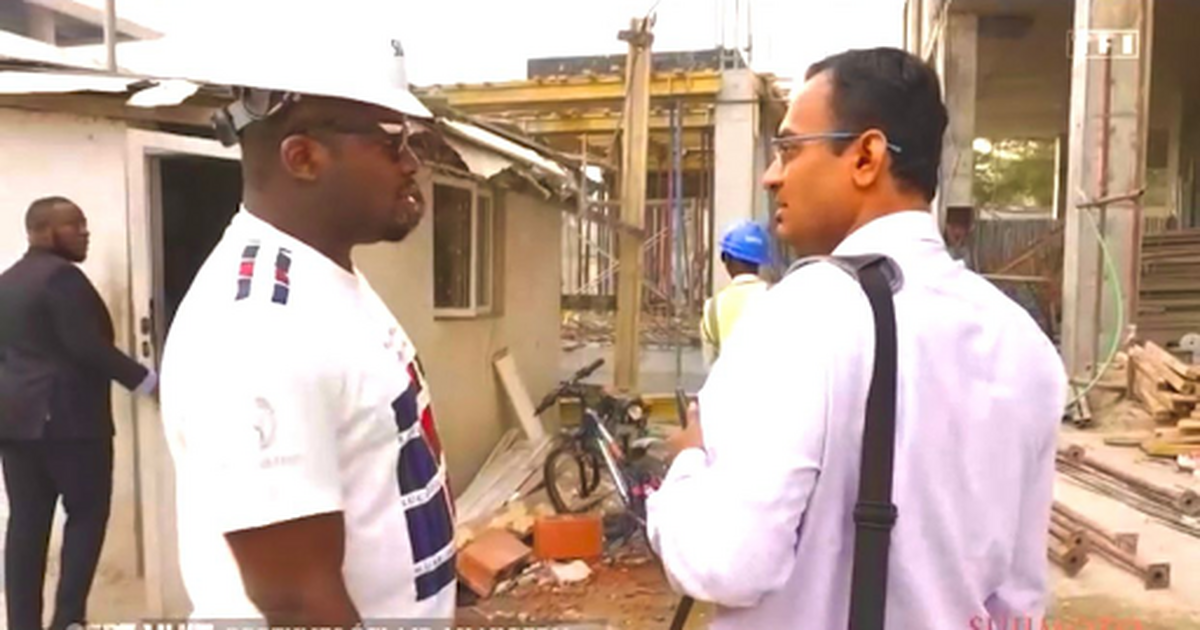 According to him: “I had just returned from a work meeting and was going through my to-do list for the day, crossing off completed tasks and taking notes of duties to work on for the next day, when my phones started buzzing.

“From WhatsApp to Instagram to private messages, I received more than 300 congratulatory messages in 2 hours from friends in Paris, Geneva, Yaoundé, Abidjan, Dakar and even an ex with whom I did not speak for nearly nine years.”

What was it, you might be wondering? The prestigious TF1, dubbed France’s CNN and the leading television channel in France and many French-speaking countries, flew from France to Nigeria to capture the stories of exceptional young entrepreneurs like Sijibomi Ogundele. They put the African continent on the world map for their impact and bold business model.

Speaking on this global recognition, the hard-working entrepreneur recalled his experience in France and the lessons these experiences played in shaping the personality he has become.

in Sijibomi; “I was 16 when providence brought me to France, not knowing that 25 years later, the first French television channel, would find a former souvenir seller in Nice and the poster boy from the slum of Agege, who through the help of the Almighty converted the lemon life given to him into lemonades, raising the bar for luxury living in Africa and placing Nigeria on the list of most famous luxury buildings and the most renowned in the world”

The viral documentary Sept à Huit, a weekly news and report program broadcast on TF1 and presented by Harry Roselmack, tells the fascinating and inspiring story of how Sijibomi Ogundele – the rose that grew from the concrete – rose from the corners of Agege to a dinner at the table of importance.

Nobody would have thought that this young man, who is worth billions, was also doing Alabaru for his mother, a trader in Africa’s most populous market – Oke Arin, where he was trained by enterprising Igbo traders, which ignited his passion for business, instilling in him the philosophy (DIE). This spirit of diligence, integrity and excellence has formed the core values ​​of the empire he inhabits – the Sujimoto Group.

Mélanie Galla, the efficient French journalist for TF1, was impressed by what young entrepreneurs were doing, regardless of the challenges they face daily in Nigeria. She saw a different Nigeria, far from what the media are used to showing us; she saw a Nigeria that works, championed by young, innovative and passionate entrepreneurs like Sijibomi Ogundele.

Talking about one of his biggest and earliest influences in the business world, Sijibomi was quick to reference his mother. He says, “When you look at my story, you’ll realize that I was lucky enough to have won an ovarian lottery. I was raised by a powerful woman, a high school dropout who is now also a top 5 Nestlé distributor.

“I can describe a woman who is a ‘teacher’ of entrepreneurship; every time I go to see her, she always has a piece of advice or two to give. My mother always said: ‘Sijibomi, if you can’t hire ten people, only hire seven. She will tell me not to struggle to build 100 houses for people if I can afford to build only 20; that’s what they call Business Integrity in modern business theory.

“So having a strong woman like that sets a precedent for excellence and a foundation for caution. My mother – Adebukola, is the backbone of who we are at Sujimoto because without her there would be no Sijibomi, much less Sujimoto.

Despite his outstanding success over the past two years, Sijibomi still maintains a superficial profile in public. A day with him will reveal the seed of humility and humanity that made him the great entrepreneur he has become. Show me a man who has chosen giving back as a lifestyle, and I’ll show you entrepreneur Sijibomi Ogundele – a man who sees society as an extension of his responsibility.

For Sijibomi, success is not about race or face; it only responds to hard work, the grace of God, integrity and the spirit of excellence. In constructing the Lucrezia Tower, he dared architectural complexities by erecting the tallest residential building – a 15-story skyscraper in Lagos’ most desirable exclusive address – Banana Island.

For Sijibomi, if it can be done in Dubai, London or Paris, then it can be replicated in Nigeria. It is a great pride to see my mother’s hard work bear fruit without forgetting her hand of love on a stubborn entrepreneur who refused to come to terms with the impossibility. She worked tirelessly to uplift and meet the needs of me with the best. It’s the least I can do for her and my country.

Talking about what this achievement means to him, Sijibomi was quick to point out that it was not built by his hands alone. He said, “This would never have been possible without an amazing team that worked tirelessly and the grace of the Almighty. I cannot help but express my sincere gratitude to everyone who has accompanied me on this journey.

“This victory is an opportunity to send a strong message to our generation, reminding everyone that you don’t need a rich uncle or a powerful aunt to succeed. Anyone who strictly adheres to the philosophy of diligence , Integrity and Excellence (DIE) to be able to sell water in the middle of an ocean or ice to an Eskimo.”

Sijibomi is 41 years old and is Nigeria’s youngest billionaire, managing director of Nigeria’s No.1 luxury real estate company and developer of GiulianoBySujimoto, home to Nigerian-American singer – Davido; LucreziaBySujimoto, a 15-storey tower, expected to be the most sophisticated tower in Africa; the LeonardoBySujimoto Waterfront Development – ​​a 25-story luxury tower with exceptional, high-end facilities and amenities at Banana Island; The Sujimoto Twin Tower – a residential, hospitality and retail enclave never before seen in Nigeria; the QueenAminaBySujimoto, a one-of-a-kind luxury tower located in the scholarly quarter of Abuja; and the developer of the Sujimoto tower project in downtown Dubai.