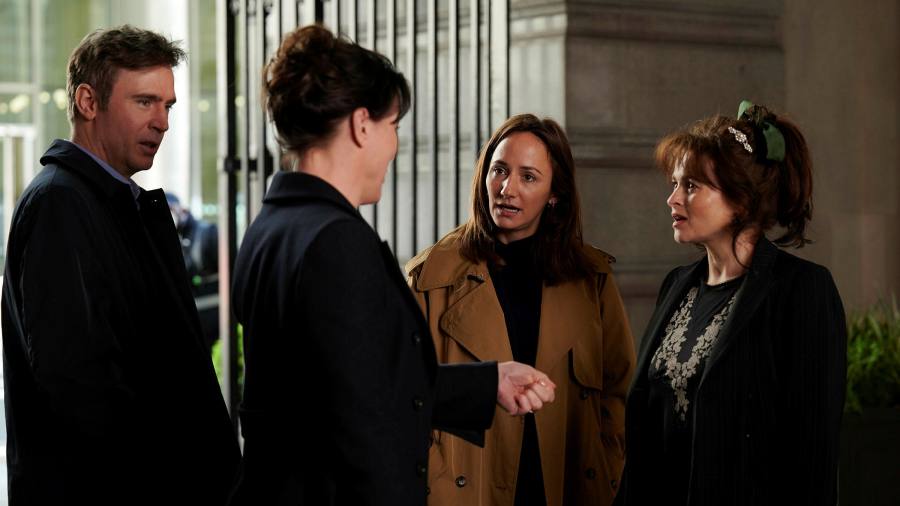 There’s no business like show business, and there’s no TV franchise like Call my agent!. The French comedy-drama set in a Paris talent agency has already been remade for audiences in Turkey and India, and at least seven more adaptations are in the works.

The call is clear. The entertainment industry loves navel-gazing, and Call my agent! is a gratifying proposition because it paints the dirty work of star-making in a more or less favorable light. The four agents at the show’s center are hearty variations on universal archetypes – the talker, the wrestler, the goofball, the old-timer – and the celebrity cameos offer an easy dash of local flavor.

Now it’s the UK’s turn. The first season of ten percent (the title is a direct translation of the French original, Ten percent) is coming via Amazon next week. Written and produced by John Morton, who was behind the mockumentaries People like us, twenty-twelve and W1A, the drama is transplanted to smart Soho showbiz agency Nightingale Hart and stars Jack Davenport, Lydia Leonard, Prasanna Puwanarajah and Maggie Steed as talent wrestlers. Celebrities who will appear as themselves during the series include Helena Bonham Carter, Dominic West and Kelly MacDonald.

A novel aspect of the UK version is that foreign language television is rarely remade in the UK. “Culture traffic goes west,” Morton said when we met in Soho. “We are a net exporter.” This makes ten percent a more interesting proposition than a remake could otherwise be: it offers an unusual perspective on the question of what, if anything, makes something feel ‘British’.

With Twenty twelve and W1A, Morton produced two of the most country-specific comedies of this century. It wasn’t just that he skewered national institutions – the 2012 London Olympics and the BBC respectively – but that both shows centered on decent people trapped in a hellish vortex of bureaucratic incompetence and double talk. This is a comic book model that appeals to the national psyche. As Stephen Fry once said: “Great British comic heroes are people who want life to be better and who life shits on from a terrible height.”

All this does ten percent a difficult proposition. How do you remake a show about winners for a country that loves losers? Morton says his entry point was to treat the agents like a “dysfunctional family.” “You care about them, [and] although they avoid it being said, they care about each other.

There is a version of this show, which the French avoids, it would be super-cynical’

Of the two episodes made available before our meeting, Nightingale Hart appears as a slightly less chic duplicate of the Parisian agency; it’s still a smarter-than-average office by London standards, but there’s a tea room with mismatched mugs. The agents didn’t lose their cunning, but their biting insults were neutralized by the awkward crackle of filler words (“Good!” “Exactly!” “Absolutely!”) that is characteristic of Morton’s dialogue.

He also increased the slapstick. In the first episode, Dan (Puwanarajah), counterpart of passionate but slightly chaotic French agent Gabriel, climbs a ladder and has green juice poured on him. While Gabriel was simply unhappy, Puwanarajah tells me he imagines his character as so chaotic that he’s essentially a “crash test dummy.”

If this was a program built from the ground up, it probably would have made sense for Morton to pull out all the stops and set his stage at an old-fashioned West End theater agency – which Puwanarajah succinctly describes as “ a person in a room upstairs above a sandwich shop in Soho”. But there’s a limit to what you can do with a remake before the original’s logic disintegrates. Rather than reinventing the main characters, Morton opted to introduce a new regular – an alcoholic stage actor called Simon Gould (Tim McInnerny) who is perpetually “between jobs”.

“It wasn’t as deliberate as that,” Morton says, when I suggest he went for an underdog. “But I wanted to tell this story. . . I know people like that. Whatever his background, Gould quickly became an integral part of ten percenthis sense of identity.

“I think he’s our secret weapon,” says Lydia Leonard, who plays Rebecca, the British equivalent of the towering and glamorous Andrea. “In many ways we are all Simon Gould.”

Davenport, who plays alpha agent Jonathan, agrees, “He’s the moral and emotional center of everything.” The actor tells me that he wants to have t-shirts made with the inscription “We are all Simon Gould”. Here, I think, is the British comic temperament in action: a group of very successful actors choosing as their mascot the specter of a failed star.

Morton says he fell in love Call my agent! because it was warm. “There is a version of this show, which the Frenchwoman avoids, which would be hyper-cynical,” he says. Rather, he’s interested in something “softer” – though he fears that might be an outmoded lens in an age when so many better TVs are also “cold as hell”.

This desire for softness is most evident in the cameos. In Call my agent!, celebrities often behave terribly. In a first episode, octogenarian music hall star Line Renaud and art house darling Françoise Fabian compete for a role and trade beards so sour it’s a shock to remember that they are real people. (“On his last birthday, the candles cost more than the cake,” Renaud says of Fabian.) In the equivalent episode of ten percentHelena Bonham Carter and Olivia Williams are best friends and reunite when they find out they’ve accidentally been cast in the same role.

I had assumed it was a case of stars refusing to play dirty, but Morton says otherwise. “I’m much more interested in two actors who have a backcountry friendship,” he says. “It’s a much more interesting set of emotional complexities for me.” 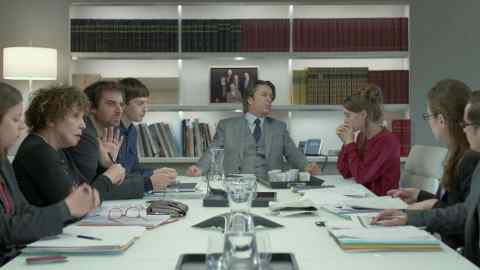 It is not surprising to learn that Morton thinks the only country where Call my agent! could not be remade in the United States; Hollywood agencies are too large and their agents too ruthless to convey his friendships and loyalty. Morton remembers going to a meeting in Los Angeles and sitting at a huge table in front of a line of people in black suits and sunglasses. “Within about 90 seconds, I was like, ‘I’m never going back to that building again.'”

It’s not a spoiler, he says, to reveal that the existential peril in ten percent will blow across the Atlantic. “This small UK boutique agency is being taken over by a large US agency.” It’s a smart move, of course: next to Hollywood costumes, even the best dogs look like underdogs.

Thibaut Pinot, Romain Bardet put France back in the frame at the Tour des Alpes