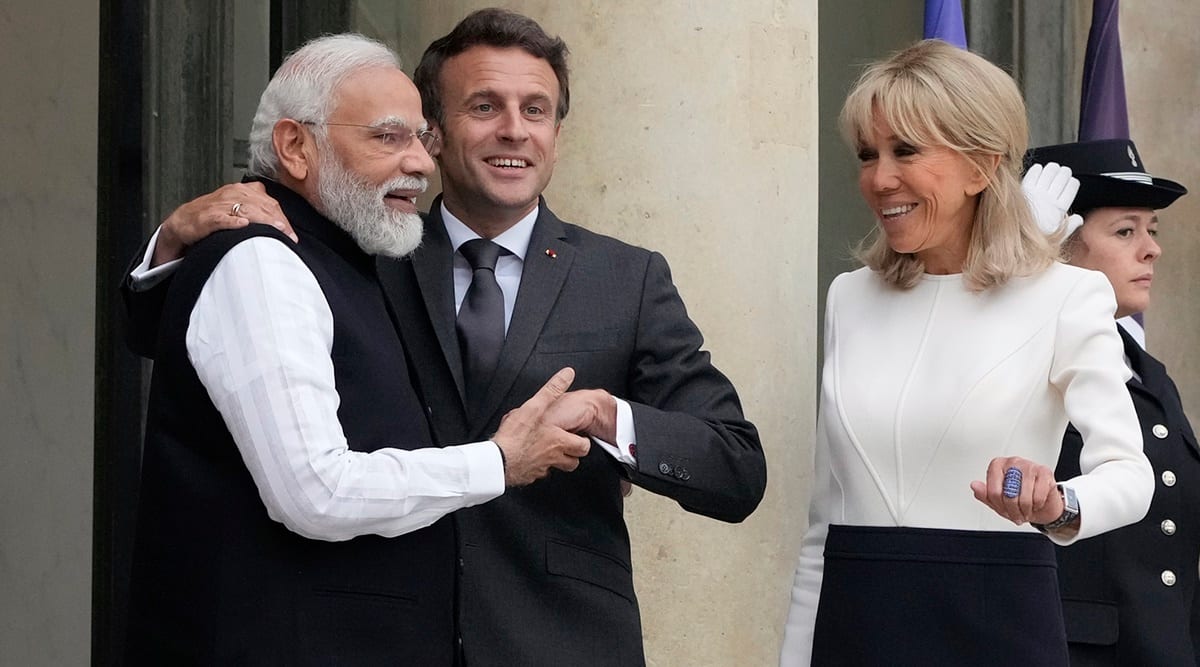 Prime Minister Narendra Modi’s visit to France on May 4 is his fifth since 2015 and the 10th high-level bilateral visit.

This time, the exchange between the French and Indian leaders is particularly significant. France, for example, represented the European Union (EU) file on the potential free trade agreement between India and the EU, and on the EU’s position on the Russian-Ukrainian crisis. The strength and the confidence in the bilateral showed themselves in the difficult discussions on these two multilateral subjects, which were nevertheless broached. The exchange at the bilateral level was much easier, as Paris and Delhi have a wide range of complementary and converging interests. Indeed, they have long been reliable partners and friends in need – as recently as 2019, when the first French-made Rafale aircraft arrived in India.

In the immediate term, there is geopolitics to navigate. Beyond the turmoil caused by the Ukraine crisis, India and France both believe in maintaining strategic autonomy and have a common understanding of global risks across geographies and domains. There is already a quality Indo-French political dialogue on defence, counter-terrorism and the Indo-Pacific. The two countries are now moving forward with cooperation on 21st century issues like digital, cyber, green energy, blue economy and ocean science and space. Both countries have advanced skills and similar thinking in these areas and can boost trade and investment and rebuild disrupted supply chains together.

They have a good understanding of their respective dependencies, particularly vis-à-vis China, Russia and the United States. Here, India can play an important diplomatic role in mitigating the confrontational streak that is becoming increasingly prevalent in the international system. Both can help insulate the Indo-Pacific from the worst consequences of current conflicts.

Two areas of cooperation are particularly buoyant: energy and digital technology. France is an important world power, expert in both areas.

In digital, French companies have a long-standing presence in India, which is an important center for their daily activities as well as for R&D and innovation. The French multinational technology services company Atos, for example, supplies India with supercomputing hardware and quantum computing simulation software. A recent Track 1.5 dialogue jointly organized by think tanks – Gateway House in Mumbai and Ifri in Paris – revealed Bangalore’s importance to the French economy, noting the large number of French technical engineers based in the southern city . France also has a special technology visa for Indian engineers, allowing solid exchanges.

Digital cooperation is intensifying in several ways. Macron and Modi agreed to join forces on cybersecurity and on developing standards for public digital infrastructure. But more can be done in the area of ​​digital sovereignty where India is a potential role model for France with its use of open platforms and open source public goods like India Stack and MOSIP; regulations, in particular the authorization and protection of personal data; health data and health technologies.

France and India must now invest in preventing the militarization of digital platforms and preventing threats to critical infrastructure. They should use their unique strengths – India in conceptualizing and deploying large-scale open source platforms, foundational credentials, IT services and fintech, and France in AI, cyber, technologies quantum, empowerment and data protection, to create the next generation solutions for the world.

It can also be done multilaterally, especially in Francophone Africa and the Indo-Pacific, which struggle to be independent from economically and politically expensive Chinese and American proprietary technology systems.

When it comes to energy, the case for green energy is growing stronger, as soaring costs undermine purchasing power and industry competitiveness. Long years of underinvestment in traditional energy sources, particularly oil, are responsible for this. The current crisis is forcing Europe to reconsider, even reinvent, its economic model and to accelerate investments in low-carbon alternatives such as wind power, solar photovoltaic, biomethane, heat pumps, nuclear and hydrogen own.

India and France have shown that they can work together to develop renewable energies, for example through the International Solar Alliance. Both also recognize hydrogen as a serious alternative. More than energy, hydrogen is important for food security because it is used to make urea-based fertilizers. It can also be used as fuel for heavy trucks, which account for 40% of India’s oil consumption. But India needs $1 trillion for green hydrogen infrastructure and the ecosystem, which includes massive investments in networks, where France has proven expertise, having developed part of the hydrogen network. EU.

India has the market, France has the technology and capital, and the EU has the political will and incentives to drive the transition to green hydrogen. Large French multinationals like Air Liquide, Engie and TotalEnergies are already pursuing hydrogen energy, and pilot projects with Indian partners can be considered. Modi and Macron have agreed to set up industrial partnerships to increase capacity. Active business intent is required to explore further developments. There are plenty of green energy takers in India if the cost of capital is lowered.

A progressive meeting between Modi and Macron took place. The strategic importance of the two countries for each other and for the world will soon be visible.

This column first appeared in the print edition of May 7, 2022, under the title “From Delhi to Paris”. Kripalani is co-founder and executive director of Gateway House, Mumbai. Seaman is a researcher, Center for Asian Studies, Ifri, Paris