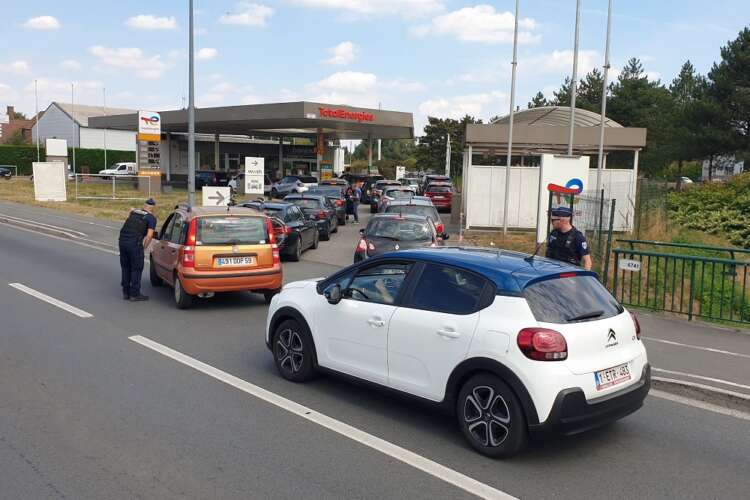 HALLUIN, France (Reuters) – The French government’s support for petrol prices has led to long queues of Belgian cars queuing at petrol stations just across the border from France, where petrol can be more than 30 euro cents ($0.30) a liter cheaper.

Christophe Bourgois, 29, a builder, said it was worth traveling to the French border town of Halluin from his Belgian hometown of Comines.

“The price of gasoline here is 30 cents cheaper. It’s a good thing. With a full tank you can feel the difference,” he said as he waited his turn in a line of cars.

As he and other drivers queued, French police had to direct traffic to avoid traffic jams.

Gas station operator Marc Braems, who opened his station some 30 years ago, said that in one day he had seen the number of customers double and sold more than triple the volume of gas thanks to the rebates offered by the government and TotalEnergies.

“The problem we may encounter is getting the fuel delivered on time. We have large reservoirs, but given the flow we are currently experiencing, it is coming down faster than we can fill it,” he said.

TotalEnergies said on Thursday that the 20 euro cent discount would continue until October 31 and then drop to 10 euro cents per liter from November 1 to December 31.

UK litigation roundup: Here’s what you missed in London