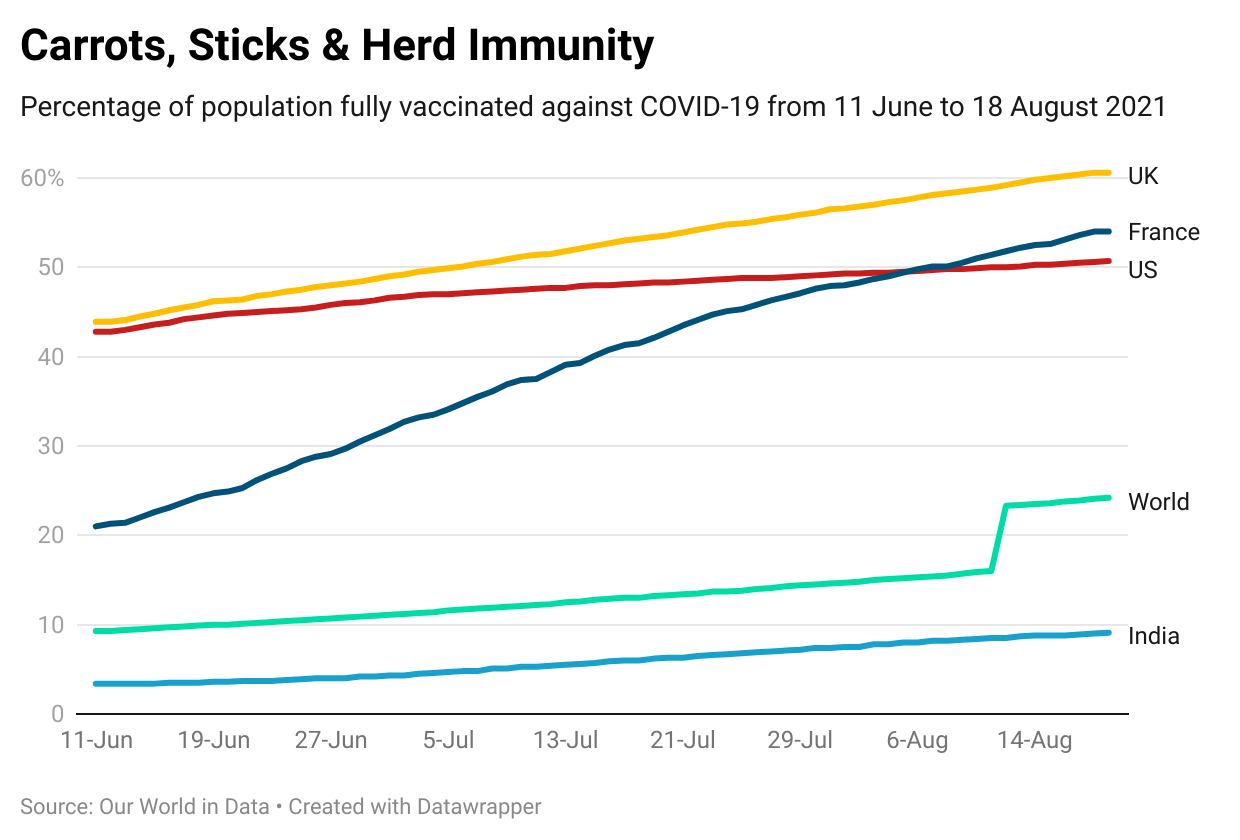 Even Napoleon could not force everyone to get vaccinated.

The French strongman managed to bend most of Europe to his will, but when it came to smallpox, he could only encourage his compatriots to get vaccinated against the deadly disease as a civic duty.

In some ways, not much has changed. Governments and private sector employers around the world have encouraged those lucky enough to have access to COVID-19 vaccines to take them – often with Napoleonic-like civic incentives, but increasingly through targeted vaccination mandates.

These measures contribute to the safety of people. But they also struck a chord.

In Canada, thousands of people gathered in Ottawa last weekend to protest against government mandates for the COVID-19 vaccine, spontaneously building on what began as a narrower demonstration organized by truckers.

The rally in Canada was only the most recent commotion. After the French government sought to make vaccination virtually inevitable with rules and mandates, a nationwide protest drew nearly 240,000 people. Parents in South Korea protested vaccination mandates in schools and around 16,000 people traveled to Hamburg earlier this month to protest vaccination rules.

Protests against private sector mandates have also sprung up, although companies like Google and Citigroup have strongly demanded that employees get bitten before coming into the office.

In fact, some point to everyone’s more basic right to be protected from COVID-19 – especially as the variants continue to have a disproportionate impact on the unvaccinated.

Vaccine mandates in the past

In the middle of the 19and century, the British government made vaccination against smallpox compulsory. Local anti-vaccination leagues have been formed in response, brandishing the same hesitancy and uneven understanding of science that is reproduced among anti-vaccination activists today. In many ways, there’s not much new.

Yet some things about vaccine mandates seem to have changed over the past few decades.

When a successful polio vaccine candidate was announced in 1953, it made its developer a minor celebrity; parents quickly sought him for their children without the need for coercion. Seven years later, Time magazine’s “Man of the Year” was awarded to “American Scientists.”

But then science got mixed up with the Cold War and government secrecy. Laboratories were bombed, a superfluous and flawed swine flu vaccination effort left dozens with a rare neurological disorder, and Soviet misinformation about the origin of AIDS – an epidemic that claimed hundreds of thousands of deaths last year – has spread around the world. Seeds of doubt have been sown everywhere.

So, COVID-19 vaccination mandates can certainly seem like an attractive option to help stem the spread of the disease, as long as everyone affected has equal access (and credible exemptions are possible).

For more context, here are links to other readings from the World Economic Forum’s Strategic Intelligence Platform:

On the strategic intelligence platform, you can find feeds of expert analysis related to immunization, human rights, and hundreds of additional topics. You will need to register to view.