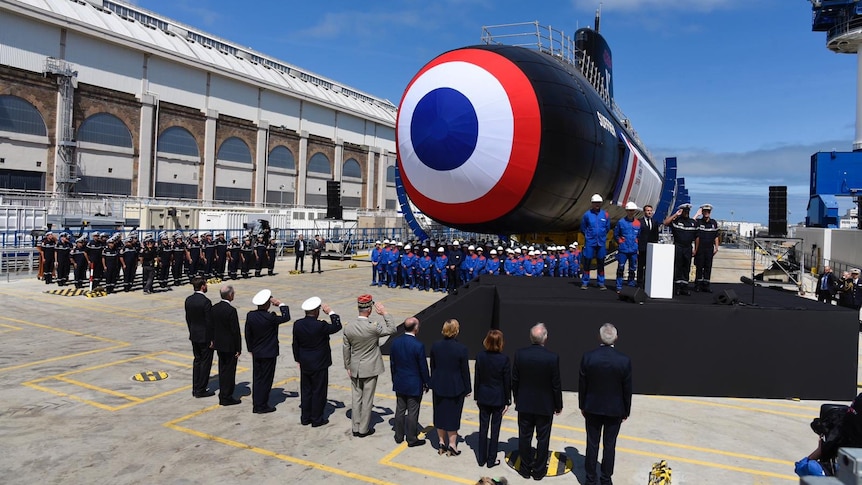 In September last year, the federal government ditched the controversial Attack-class submarines in favor of the new AUKUS partnership, which is seeking to acquire a nuclear-powered fleet.

About $2.4 billion has been spent on the aborted program with France’s Naval Group, which was to deliver up to 12 submarines to replace the aging Collins-class fleet.

As officials continue to negotiate the formal termination of the massive contract, the ABC can reveal that a third of the “resident Defense project team” remains in Cherbourg.

At the time of Australia’s AUKUS announcement, there were 33 Ministry of Defense personnel in Cherbourg, but 23 have since returned to Australia.

“These members support the closure of program activities in Cherbourg, having completed the handover of Hughes House to Naval Group in December 2021,” a Defense Ministry spokesperson said.

A defense insider, who spoke to the ABC on condition of anonymity, claimed that many families living in Cherbourg were in no rush to return home and were taking advantage of travel opportunities in Europe while remaining in post. .

During a Senate Estimates hearing on Thursday evening, Defense Department Assistant Secretary for Shipbuilding Tony Dalton confirmed that negotiations on settling the costs to end the French project were “under way. “.

“It is a complex and sensitive process that we have navigated pragmatically and in cooperation with Naval Group and Lockheed Martin Australia – the two prime contractors involved in the Attack-class submarine program.”

Mr Dalton said Defense was “close to finalizing arrangements” with Lockheed Martin Australia, the US company chosen as the combat system integrator for the now derelict Attack-class submarines.

“We are making significant progress with Naval Group working on both the transition plan agreement that we have made and then the termination of the strategic partnership agreement and the submarine design contract.”

Asked by Labor Senator Kimberley Kitching if the settlement could be reached by the end of this financial year, Mr Dalton replied “we will do everything we can”.