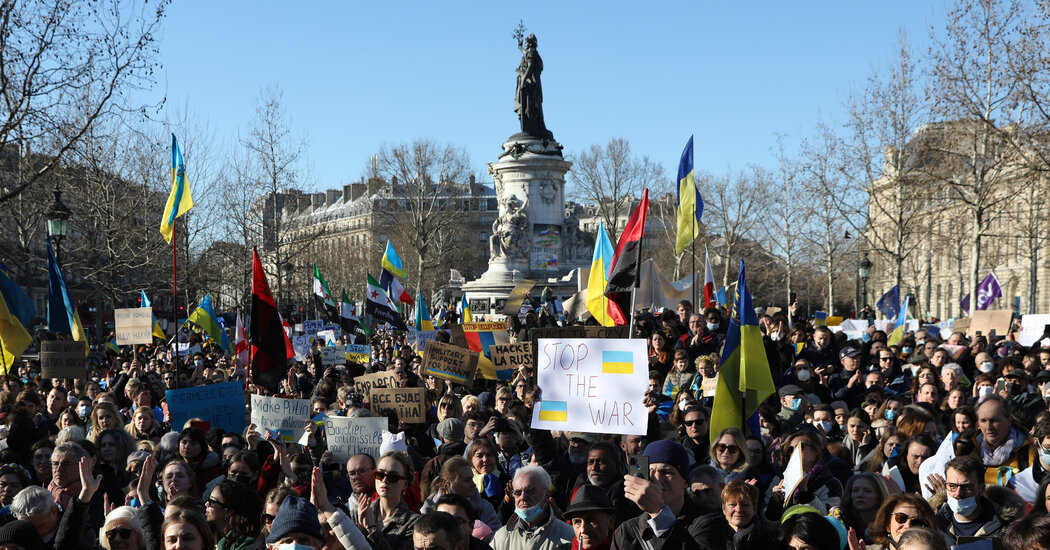 A wave of unifying moral outrage over Russia’s war

Big tech companies like Google, Meta, and Apple have taken several steps to counter the Russian disinformation that has proven so effective in the past. At the same time, their platforms revealed growing Russian opposition to Mr. Putin’s war and enabled Ukrainian influencers to display the courage of a nation where, from rural village to metropolis, no one seems to surrender.

If the idea of ​​truth, in the United States as elsewhere, seemed to have been lost in the disorienting bombardment of social media, with the line between fact and lie increasingly blurred, the enormity of Russian lies – the denial of the existence of a war, for example – seems to have done something to restore its value and importance.

“Who else but us?” said Zakhar Nechypor, a Ukrainian actor, as he armed himself with a gun. Who else indeed and what more raw truth?

Ivan Andronic, a plumber who moved from his native Moldova to France 18 years ago, said in an interview that he felt his mother and mother-in-law in Moldova were now in danger. Mr. Putin could do anything, even launch a nuclear war. “He is very dangerous,” Mr. Andronic said. “We must fight it together, and its own population must turn against it.”

Unity is a word that is experiencing a revival. The war in Ukraine seems to have started a cycle of growing loneliness in which Covid-19 played a large role. The unbearable lightness of being online has given way to the unbearable gravity of a European war.

A rift has occurred in the world where people are herded by social media algorithms, trolls and bots. Where they abandon the community to become tribes with megaphones. Where they turn in circles, succumbing to technological neuroticism. Above all, where they become more solitary, caught in a whirlwind, hungry for connective tissue, hungry for status, often devoid of moral conviction.